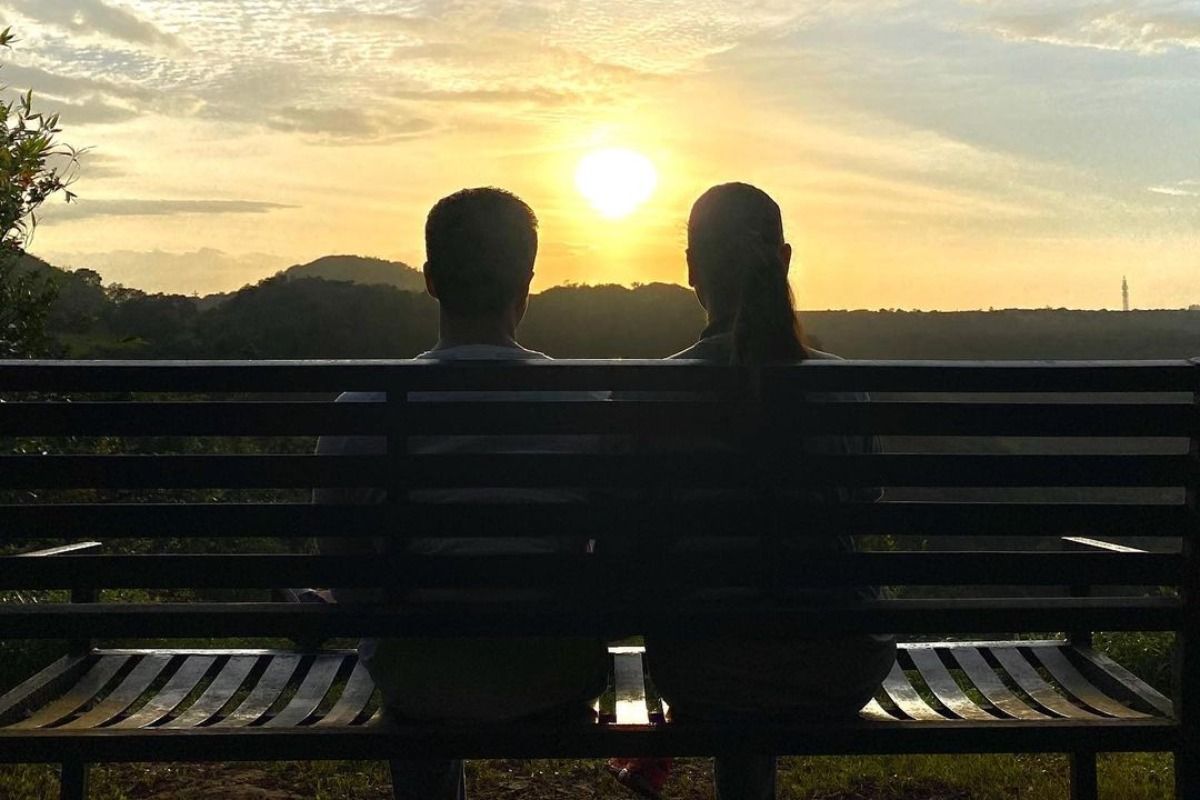 Mumbai: On Sunday, actor Dia Mirza shared a beautiful moment with her husband, businessman Vaibhav Rekhi, as she watched the sunset with him. Dia uploaded a picture of the couple sitting on a bench in the sun on Instagram. Dia and Vaibhav sat next to each other with their backs to the camera. The shot, which appeared to be vintage, showed the couple gazing at the mountains. Sharing the photo on her Instagram handle, Dia wrote, “Take a little time to smile #SunsetKeDiVane #Sunday #Sunset” along with the sun, red heart, and crescent moon emojis.Also Read – Dia Mirza, Priyanka Chopra And Lara Dutta’s Throwback Pic From Miss India 2000 Pageant Leaves Fans Nostalgic

Actor Diana Penty was quick to react to Rehnaa Hai Terre Dil Mein fame’s picture with a red heart emoji. While fans overflowed the comment section with heart, fire, and sunset emojis. One of the followers also commented, “This reminds me of a scene from RHTDM..” along with two heart emojis. Another fan wrote, “The Sun(Dia) and its Glory(Vaibhav), May Almighty always Grace your Love Story !!” Also Read – Dia Mirza Finally Shares Full Glimpse of Baby Avyaan And He’s Just a Cutie Patootie!

Dia frequently posts photos of herself with her husband Vaibhav, their son Avyaan Azaad Rekhi, and Vaibhav’s daughter Samaira Rekhi on Instagram. She posted a video of herself dancing with Samaira in similar jammies last Sunday and fans showered it with love. While on the work front, Dia was seen in the Netflix series,  ‘Call My Agent Bollywood,’ in which she played a fictional version of herself.

How cute are they! Watch this space for more updates.