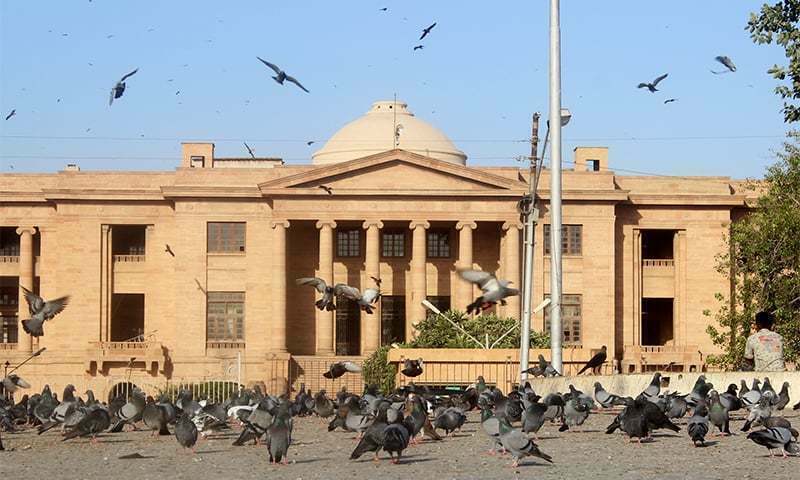 KARACHI: The Sindh High Court on Wednesday directed the Defence Housing Authority to provide record and documents of all the land allotted including the land reclaimed from the sea after the official assignee complained that the DHA was not willing to provide the requisite data.

A single-judge SHC bench headed by Justice Zulfiqar Ahmad Khan also issued notices to the DHA, Cantonment Board Clifton, Cantonment Board Faisal, Cantonment Board Malir, Karachi Cantonment Board and others for Dec 15 on an application seeking contempt proceedings against them for not complying with the court’s earlier order restraining them not to use the land sanctioned as public spaces for any commercial and gainful purposes and also not to create a third-party interest.

It also directed the DHA to share the record of the land allotted for other projects and further ordered the Civil Aviation Authority and Port Qasim Authority to provide the record of commercial properties and reclaimed land, respectively.

The bench also asked the Sindh government to appoint focal persons to supply relevant information to the official assignee about ownership and possession of the reclaimed land.

When the bench took up for hearing a suit, filed by six plaintiffs who approached the court under the Whistleblower Protection and Vigilance Commission Ordinance, Official Assignee Dr Chaudary Wasim Iqbal filed his interim report in compliance with an earlier order about inspection of the reclaimed land and to provide details of commercial places of 22 private entities.

The report said that the official assignee had issued notices to the DHA and other defendants to provide the required record and documents and also to appoint focal persons for carrying out compliance within stipulated period.

However, the report said that it appeared from the stance taken by the DHA’s law officer that perhaps DHA had been deliberately avoiding to produce the documents while the plaintiffs had provided a copy of the master plan of 1973 regarding the initial allotment of the land to DHA.

The official assignee asked the DHA law officer that without having record of the initial allotment, the identification of dimension of reclaimed land was not possible.

The report stated that besides inspecting six properties in DHA, other officials from the office of the official assignee also inspected some sites — Falcon Mall, PAF Museum, The Venue, The Signature and Imperial Wedding Halls — under the control of military estate office and Pakistan Air Force on Nov 29.

The squadron leader, PAF Base Faisal, submitted a reply of the official assignee’s letter and was of the view that no commercial activity was being carried out under the command management of the PAF base while all commercial activities on the site of under-construction Falcon Mall had been ceased in the light of the Supreme Court order and the signboards depicting the mall were also removed, it added.

The report also stated that the Karachi Urban Lab (KUL) informed that it had no resources to undertake this task while the National Institute of Oceanography Pakistan (NIOP) replied that nobody ever contacted it to conduct scientific research with regard to the process of reclaimed land from shore in Karachi.

The official assignee requested the bench to direct the DHA to provide documents of the land initially allotted in its favour and details of all other land subsequently came in their occupation by way of reclaimed land either arrived out by itself or by any other federal and provincial department.

He also sought directive for DHA to share the title deed of reclaimed land in its occupation besides the land sold out to other companies.

The bench allowed the requests of the official assignee and adjourned the matter till Dec 15.

On Oct 23, the bench had directed the DHA and other official defendants to ensure that the land earlier sanctioned to them as public spaces was not used for any commercial and gainful purposes till the next hearing of the case and ordered an official assignee to inspect the reclaimed land being used by the DHA and furnish a report with photographs and maps of the land with the assistance of KUL or NIOP.

It had also restrained DHA from reclaiming further land and granting such land to anyone as well as creating third party interest.