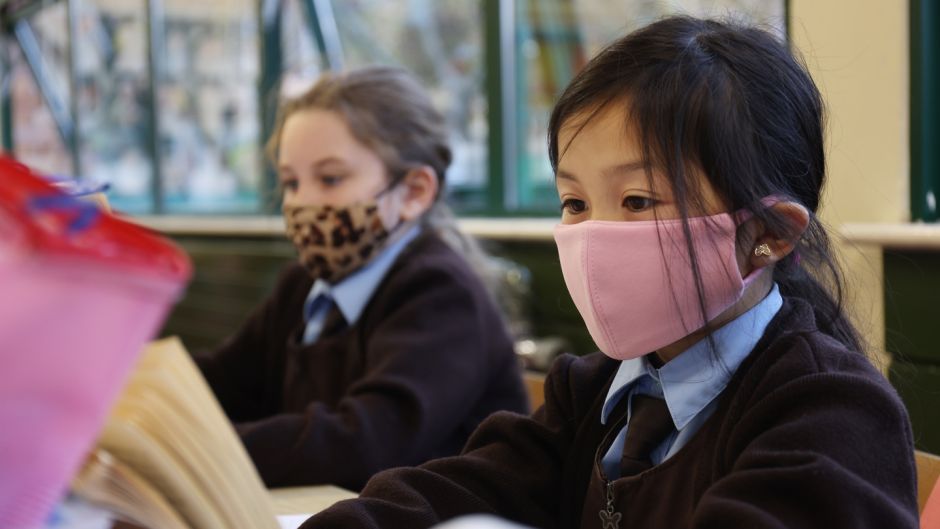 The Department of Education has urged schools to engage with and reassure parents of children who arrive at school on Monday without a mask.

In a statement on Friday night, the Department said further guidance on the requirement that children aged nine and over wear face masks in school will be published on Monday.

The statement was issued after Taoiseach Micheál Martin outlined the reintroduction of some restrictions in an effort to curb rising Covid numbers.

Issued just before 8pm, the statement said: “Discussions were held with the education partners today to talk through the implementation of public health advice in schools. Partners were advised that further advice for schools and FAQs [frequently asked questions] to support implementation of this very important public health measure will be available on Monday.

“They were asked to note that where a parent does not send their children to school with a mask on Monday morning, schools should continue their engagement to address their concerns and reassure them that the measures are for the benefit of the entire school community.”

While the tone appears softer than that in statements earlier in the week, in which the Department said any unmasked pupil who could not provide evidence of an exemption would be “refused entry to the school”, the requirement that masks be worn from third class up remains. It will be reviewed in February.

Unions and parents’ groups met Department officials on Friday to discuss a range of scenarios where children may attend school without a mask and were invited to identify questions that needed to be answered, a source told The Irish Times.

“Ideally we would have had that available for schools and parents to read over the weekend, but it just wasn’t possible. We will have to wait for Monday for that. The flexibility schools had been advised to show last week is being extended until Monday.”