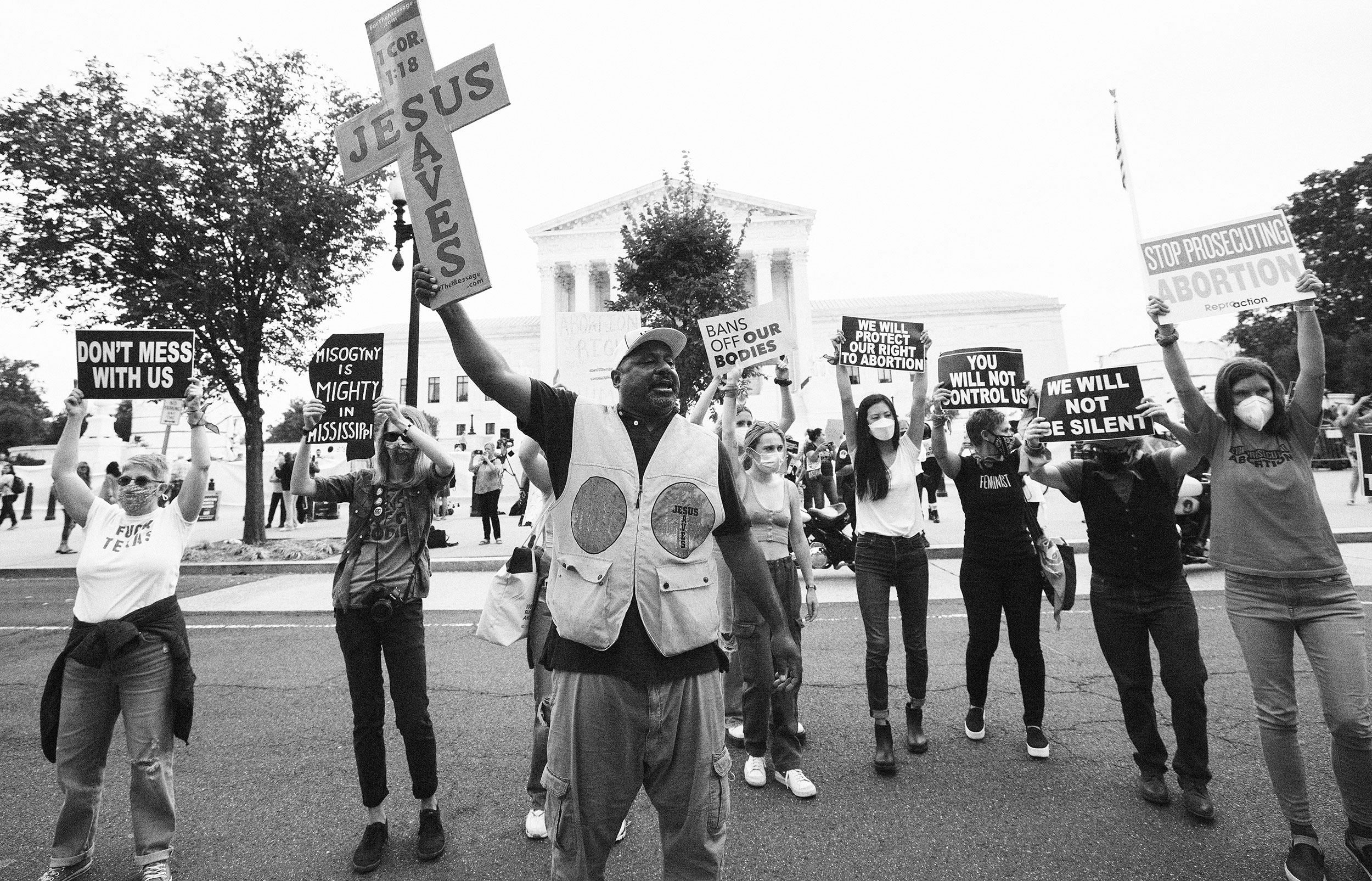 And over the past several decades, the conservative movement has used religious freedom as an excuse to push for all sorts of oppressive policies, from restricting abortions to banning lessons about racial inequality to cutting a hole in the social safety net. In the conservative evangelical mind, God is a force that bends the world to your will. And Democrats haven’t quite come up with a rhetorical rebuttal to that theory — they’ve typically just tried to legislate around it.

But I think Democrats need instead to start proactively making the argument that liberals are the true defenders of religious freedom. It’s simply far too dangerous to defer to the Christian right when it comes to what is and isn’t godly.

Not to mention the hypocrisy of taking cues on religiosity from members of a movement that twice voted for a wannabe playboy president who’s made sexual comments about his own daughter on multiple occasions, bragged about committing sexual assault, deliberately torn immigrant children from their families and helped initiate a deadly insurrection.

I could go on, but you get the point: The Republican Party and the conservative movement don’t have any credibility whatsoever on what constitutes the moral high ground. Democrats should make it clear that they are the party that protects freedom of, and sometimes from, religion.

To take one recent example, just this month Rep. Lauren Boebert, R-Colo., targeted Rep. Ilhan Omar, D-Minn., with ugly Islamophobic slander. Those aren’t the actions of a party that defends religious freedom. More broadly, the Great Replacement theory — the racist idea that white Christians are threatened by ethnic diversity and multiculturalism — has become increasingly popular among the religious right. The conservatives who marched at the deadly riot in Charlottesville, Virginia, in 2017 made the theory’s popularity quite clear.

“Jews will not replace us!” they yelled. Religious freedom, indeed.

Democrats need an effective response to Republican messaging about religion now more than ever. This isn’t simply a matter of political strategy — it’s a necessary bulwark against the violent, oppressive, Christian fundamentalism that increasingly seems to be dictating policy decisions in the GOP.