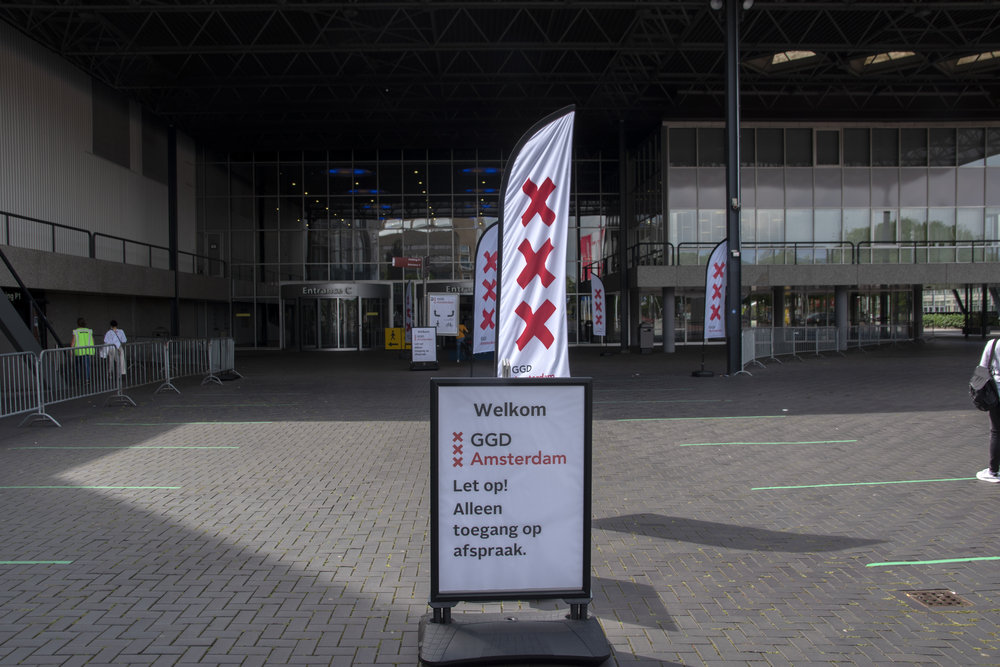 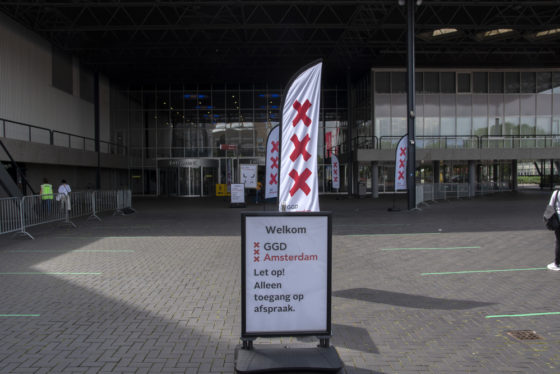 Coronavirus test location at the RAI in Amsterdam. Photo: Depositphotos.com

The number of positive coronavirus tests in the Netherlands was unchanged over the last week when compared with the previous seven days, public health institute RIVM said in its latest weekly round-up on Tuesday.

The RIVM said it would appear that the infection rate is now stabilising, a consequence of the limited measures taken to reduce the spread of the virus in mid November. Last week, the number of positive tests was up 39%.

Although there is pressure on the testing centres and people are having to wait before they can book a test in some places, the actual infection rate does seem to be coming down, the RIVM said.

The key R ratio was 1.05 on November 15, compared with 1.21 a week before which means carriers are infecting fewer people. The figure can only be calculated accurately with a two-week time lag.

The RIVM also said 21.4% of tests are proving positive, compared with 22.2% last week, another indication that the spread may be slowing.

Children remain the biggest group to catch coronavirus. Youngsters aged five to 14 accounted for nearly 27% of all positive tests last week but the infection rate among older people is stabilising.

Southern parts of Limburg still have the highest number of positive cases per head of the population, followed by Zeeland and Limburg Noord.

There are now 2,845 people with coronavirus in hospital, of whom 595 are being treated in intensive care. At the height of the second wave, 841 people were being looked after in an intensive care ward.

Dutch healthcare institute NZa said on Tuesday that one in three Dutch hospitals have now called off all non essential operations and almost all have stopped routine procedures such as knee and hip operations.

A further 24 hospitals now say that some critical care, such as heart operations and cancer treatments, are being delayed.