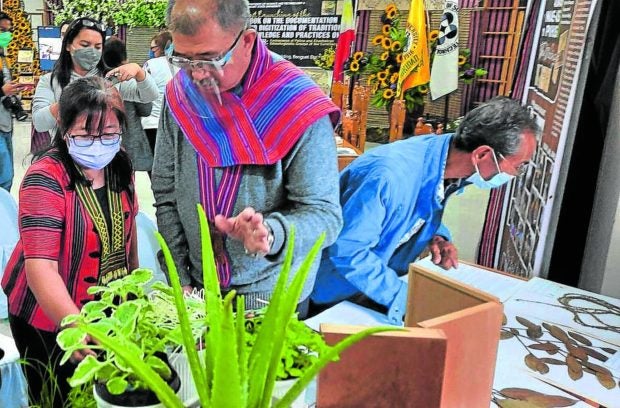 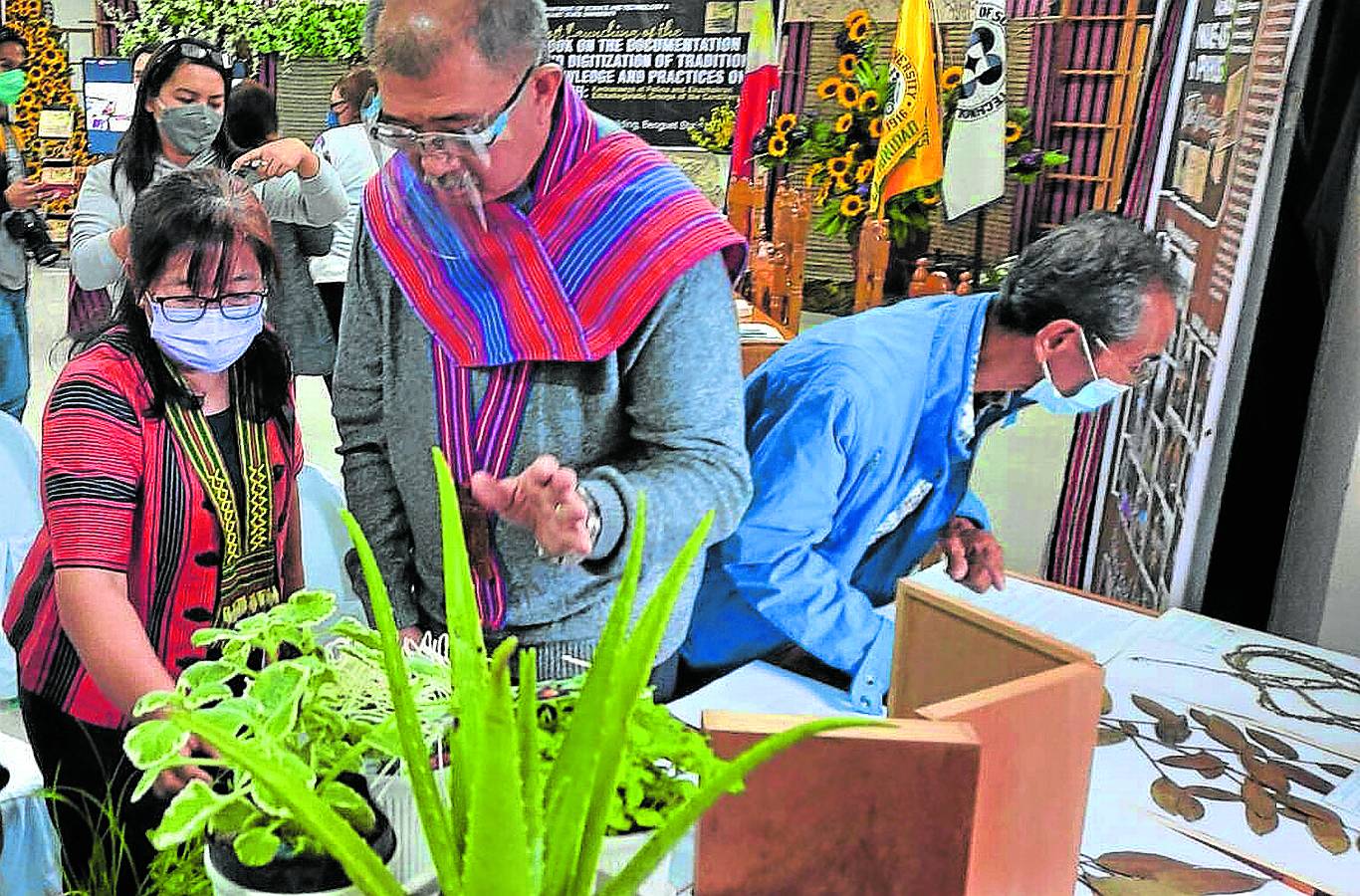 HEALERS’ HARVEST Science and Technology Secretary Fortunato de la Peña, during his visit at Benguet State University on Dec. 20, is shown some of the plants that the Kankana-ey and Ekachacran communities have used as medicine for centuries. More than 100 plants in the Cordillera region have been documented and presented in a recently launched book. —PHOTO COURTESY OF CARLITO DAR/CONTRIBUTOR

BAGUIO CITY—Over 100 plant species growing in Kankana-ey and Ekachacran communities in two provinces of the Cordillera region have been documented by a multidisciplinary research team for their potency as traditional medicine across many generations.

The research project was conducted by Benguet State University and supported by the Philippine Council for Health Research and the Department of Science and Technology. The high points of the project and its results are now contained in a book titled “Agas ay Nabe-as” (Traditional Cure or Medicine), for which a soft launch was held on Monday.

The book, copies of which will be commercially available soon, lists common medicinal plants found in Barangay Palina in Kibungan, Benguet, and in Barangay Kadaclan in Barlig, Mountain Province, as well as herbs yet to be identified by experts. 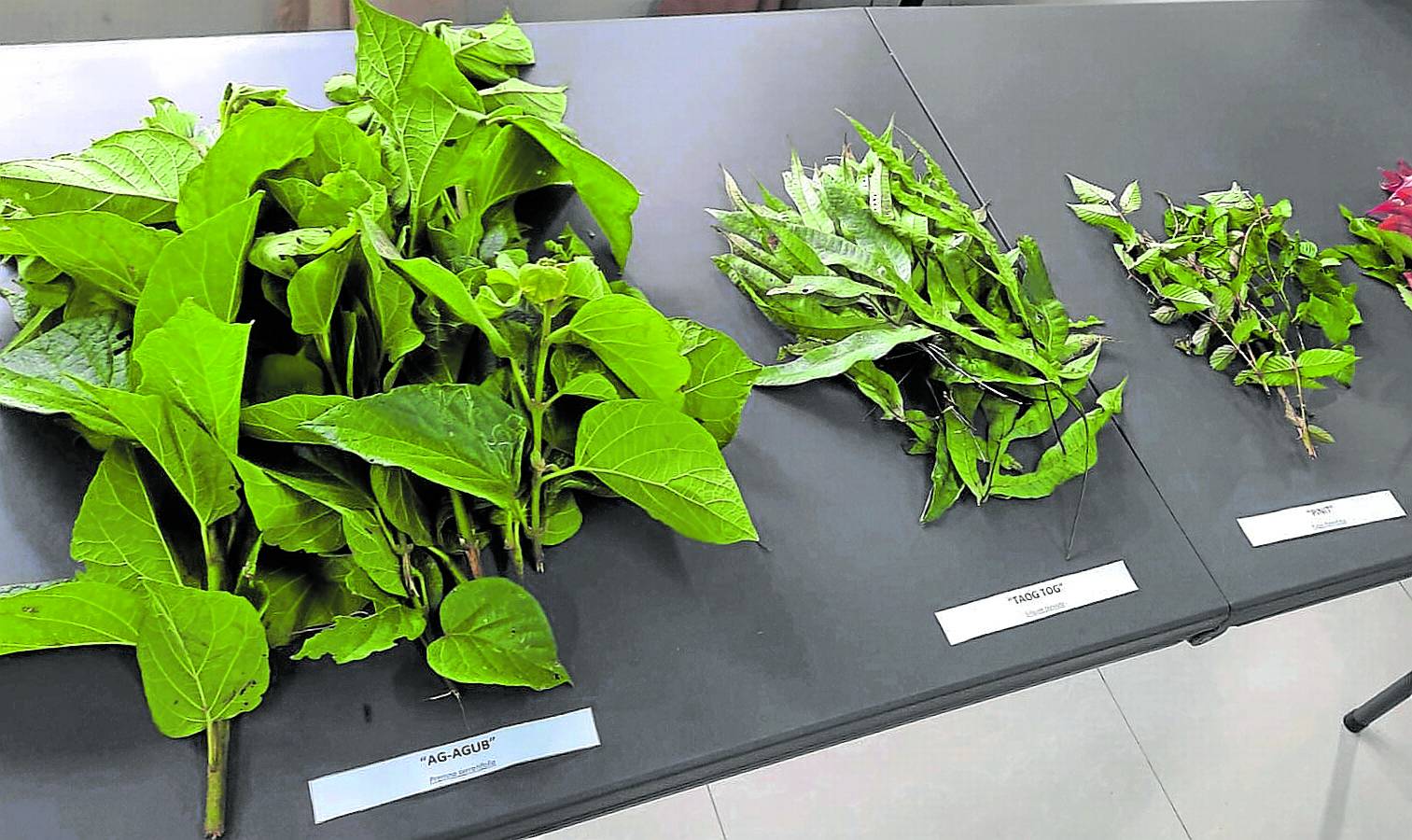 The listing of these plants is aimed at raising public awareness of the homegrown flora slowly being displaced by commercial and rural expansion into their habitats, according to the project leader, Ruth Batani, director of the Cordillera Consortium for Agriculture, Aquatic, and Resources Research and Development.

At the launch, Science and Technology Secretary Fortunato de la Peña said the research project was “a timely response to the call for a community-based health-care system amid the pandemic and even beyond [the health crisis].”

De la Peña, a former industrial engineering professor at the University of the Philippines, said he grew up in a household that first brought ailing family members to a “manghihilot” (traditional healer) before seeking medical treatment.

The team also found 79 plants in Barangay Kadaclan that are known for the treatment of 35 mostly respiratory-related ailments suffered for decades by the community.

Displayed at the launch were leaves of the theaceae plant found in Barlig as well as plant specimens identified only by their local names, like “tung-suy” (for eczema, psoriasis, acne and other skin irritations) and “yakon” (for diabetes and digestive disorders).

The research project was begun in 2018.

Batani said the team set out looking for traditional healers “and, in the process, realized that this indigenous knowledge is actually socially distributed.”

She said farmers, hunters, or household managers were well informed on which plants to apply in treating ailments like respiratory infections.