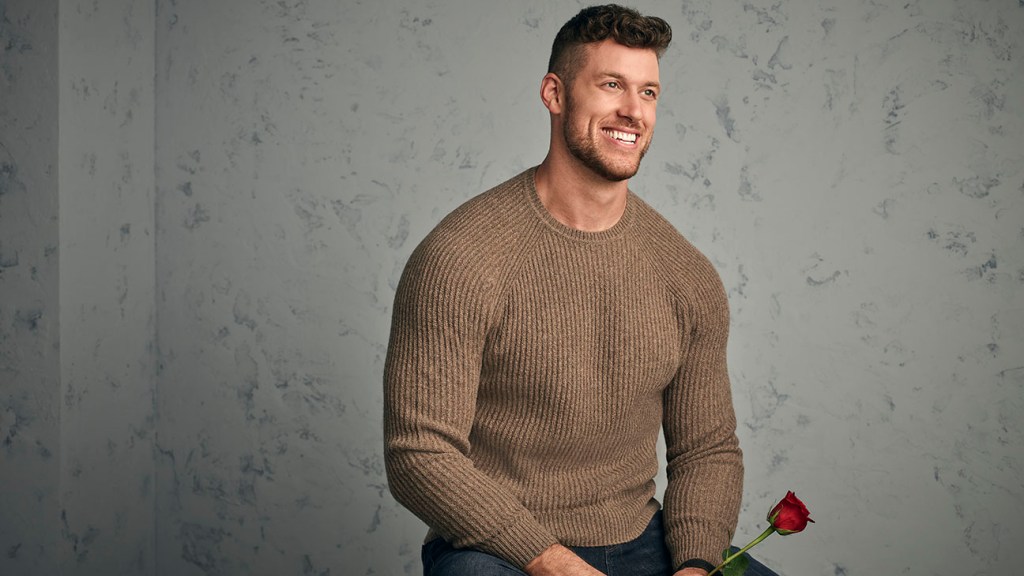 ABC has made its next Bachelor official.

Clayton Echard, a contestant from Michelle Young’s currently airing season of The Bachelorette, has been revealed as the star who accepted the franchise’s next starring rose. He will lead the 26th season of the popular reality dating series, which returns on Jan. 3 and is hosted by Jesse Palmer.

Echard’s announcement follows his elimination on the Nov. 23 episode of The Bachelorette, one week away from the final four. During their first one-on-one date, Young sent Echard home when realizing she wasn’t ready to meet his family, which would happen if he had advanced to the traditional “hometown dates” week of the competition.

“I don’t feel that I’m able to get there with you in time,” Young told Echard. When speaking in his exit limo, Echard told the camera, “I stayed closed off for so long because it takes the right person for me to feel comfortable opening up and Michelle did that. She opened me back up and now I feel like I want to go back into that shell to protect myself against being hurt.”

He later cried while reading two letters from Young’s students, who had met him on their date and who wanted to wish him well after hearing about his elimination. “I just want to find love so badly and have a family, and start that chapter of my life,” he said, in tears. “I want it more than anything else and I’ll do whatever it takes to get that.”

Before Young’s season debuted, The Hollywood Reporter reported that the ABC and Warner Bros. franchise had already selected its next lead. The early decision to cast its next star before he even made his debut to Bachelor Nation was made because the contestant — now revealed to be Echard — and his story is said to have resonated most with producers, who leaned toward giving the newcomer a second chance.

On the night of Echard’s elimination, however, many viewers took to social media to share confusion over the selection; particularly when the franchise, which has recently been working to become more inclusive, had four finalists of color to chose from for the first time in its long-running history. More often than not, the next star is plucked from the final four.

Echard, meanwhile, placed eighth and was among three men to be eliminated heading into hometowns. In his elimination episode’s post-credits scene, one of Young’s students, after giving Echard a manicure, said to the camera: “He’ll be the next Bachelor.” And during Tuesday’s episode of The Bachelorette, ABC gave viewers a sneak peek at his Bachelor turn (below).

When describing Echard in their release, ABC called the Midwesterner and college football star “a puppy-loving goofball with a heart of gold (and surprisingly good dance moves) who is ready to find the love of his life.” Adding, “Clayton’s genuine desire to find a partner and start a family shines through, and never has it been so evident that one man deserves a second chance at finding that great love.”

Echard, 28, from Missouri, works in medical sales and is embarking on his MBA. A walk-on for the University of Missouri football team, Echard also had a brief stint with the NFL’s Seattle Seahawks before shifting gears to follow his business aspirations.

Meanwhile Young, who is a former Division I basketball player turned elementary school teacher, is barreling towards the end of her Bachelorette season. Young became the third Bachelorette of color, behind Rachel Lindsay and Tayshia Adams, the latter who cohosted this year’s two Bachelorette seasons with Kaitlyn Bristowe following Chris Harrison’s departure. After the controversial 2020 season of The Bachelor with first Black Bachelor Matt James — on which Young was runner-up — ABC and producers Warner Horizon vowed to increase the show’s diversity and named Jodi Baskerville as the franchise’s first Black executive producer.

“I felt like I was given the support that I needed,” Young told THR of her experience on the show in October. “There was never a moment where I truly felt that the people I was working with didn’t have my best interest, or if I had questions or concerns, I felt like I was heard in those situations.”