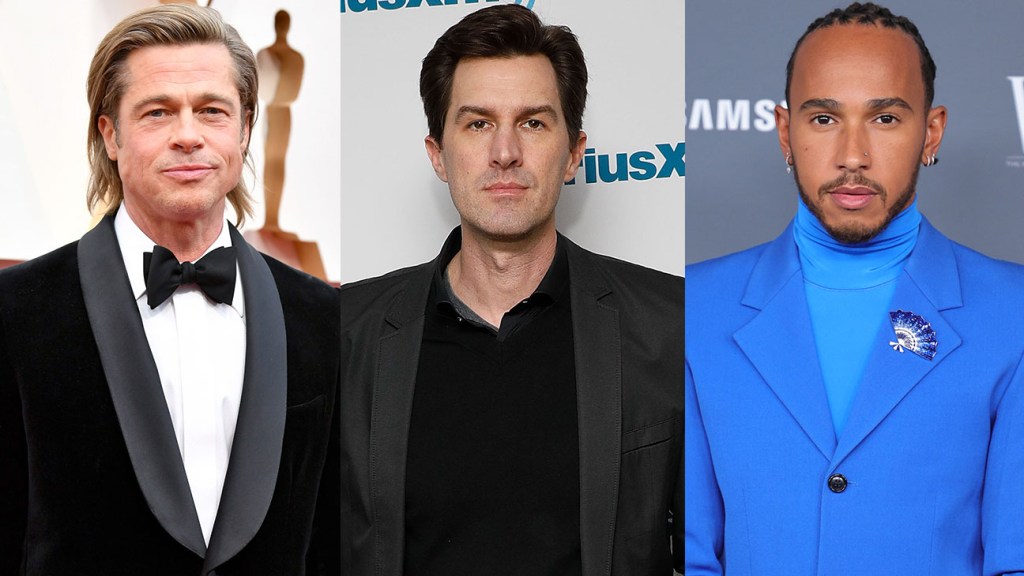 A bidding war erupted Friday for a racing project featuring bold-faced names that has studios and streamers burning rubber to get their gloves on it.

The untitled project has Brad Pitt attached to star and Joseph Kosinski, the filmmaker behind the upcoming Top Gun: Maverick, attached to direct.

Veteran mega-producer Jerry Bruckheimer and screenwriter Ehren Kruger, who worked with Kosinski on Maverick, are also part of the blockbuster pitch package.

According to sources, offers have been coming in from studios Paramount, MGM, Sony and Universal as well as streamers Netflix, Apple and Amazon. Even Disney, which normally sits out these kinds of races, is on the course for this one.

The story or take isn’t clear but sources say that Lewis Hamilton, the British modern racing legend, is also involved with the project.

Pitt and Kosinski have long tried to make a racing movie. In 2013, Pitt circled Go Like Hell, which had Kosinski attached along with Tom Cruise. That project eventually morphed into Ford v. Ferrari with a whole new actor and director combination.

Hollywood has always maintained a fascination for cars barreling down the tracks, with the sport having visual appeal, high stakes drama and both hot-headed and cold-blooded personalities.

The sport attracts Hollywood players, perhaps best embodied by Steve McQueen. And while some movies don’t take — Ron Howard’s well-regarded Rush didn’t find an audience — when they do, as in the case of 2019’s Ford v Ferrari, one gets box office and Oscar gold.