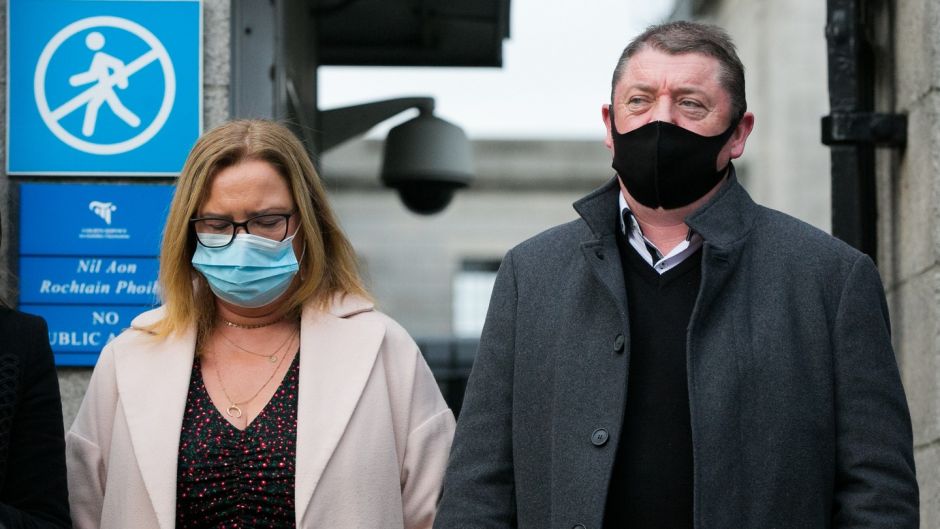 A 14-year-old boy with cerebral palsy who sued over the circumstances of his birth at a Galway hospital has settled his High Court action for €30 million.

His counsel, Denis McCullough SC, told the court the settlement, which was reached after mediation, is the largest recovery of damages in a birth injury case in this jurisdiction. The mediation talks were “protracted and difficult”, counsel said.

Oran was five years old when he had surgery in the US which was financed by local fundraising and he could then take some steps with crutches, counsel said. However, his mobility has since lessened.

The court heard under the settlement agreement, he will have a Special Needs Assistant at school. Oran hopes to become an electrical engineer.

He had sued the HSE over injuries suffered during his birth at Portiuncula University Hospital, Ballinasloe, Co Galway on December 31st 2006.

Outside court, Gillian O’Connor, solicitor on behalf of Oran’s parents Adrian and Deirdre Molloy, said that while €30 million was a lot of money “the Molloys would give it back in a heartbeat” if only the night of December 31st when Oran was born and injured at birth “could be changed and the errors erased.”

Only three weeks before the trial date, she said liability was admitted in the case and the HSE then sought to adjourn the case for four years.

Ms O’Connor said they had asked for an annual payment linked to wage inflation but this was refused and so the Molloys were obliged to go for a lump sum.

“This is the highest award but justifiably so and is about €12 million more than what is normally awarded,” she said. She said this was because it represents in the Molloy legal team’s view a negative real rate of return of minus 1.5 per cent and not up to plus 1. er cent which was determined in the Irish courts seven years ago.

The High Court previously heard the case is likely to have far-reaching implications for other similar cases and in particular in relation to the rate of return.

Oran Molloy, of Riverstown, Birr, Co Offaly, had through his mother Deirdre Molloy sued the HSE over the circumstances of his birth at Portiuncula University Hospital, Ballinasloe, Co Galway on December 31st, 2006.

Ms Molloy’s pregnancy was initially uncomplicated but in November 2006, she suffered an antepartum haemorrhage and was admitted to hospital. After a scan, the baby was noted to be healthy and the mother was advised to rest.

Ms Molloy was assessed on a weekly basis after her discharge from hospital. On December 30th, Ms Molloy had another haemorrhage and was taken by ambulance to hospital where CTG monitoring of the baby’s heartbeat was begun. She was brought to the labour ward.

Ms Molloy suffered another antepartum haemorrhage at about 2.30 am on December 31st and a decision to have an emergency caesarean section was made.

When delivered, Oran was noted to be flat, and he required intensive resuscitation with intubation and ventilation.

It was claimed there was a failure to carry out any or any proper monitoring of Ms Molloy and her baby in the course of her labour and delivery and the CTG trace was discontinued when it ought not to have done so.

It was further claimed an unsafe set of conditions was allowed to persist during the course of labour and it should have been known it would cause damage and injury to the baby.

It was also claimed that having regard to the non-reassuring features of the CTG traces and Ms Molloy’s clinical presentation, a conservative management of the mother took place and followed a very relaxed approach to the issue of foetal monitoring and the delivery of the baby,

It was alleged that there was also a failure to recognise the baby was suffering with severe hypoxic ischaemia as a result of prolonged foetal distress and to deal with it in a proper and timely manner or at all.

Liability was admitted in the case last month.

Approving the settlement, Mr Justice Paul Coffey said he had little hesitation in approving it and conveyed his best wishes to Oran and his parents.