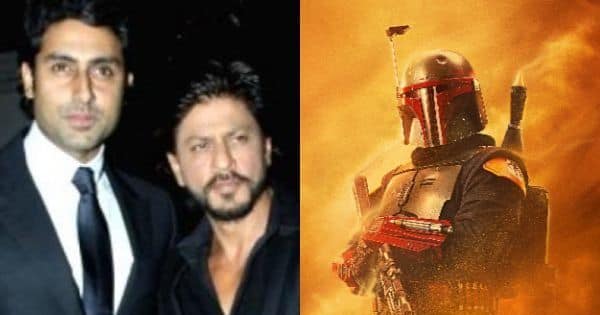 As another day winds up, it’s time to look back at the biggest newsmakers from the OTT space who’ve made it to the trending entertainment news today. From The Book of Boba Fett’s new promo and The Marvelous Mrs. Maisel’s season 4 teaser to Bob Biswas actor Abhishek Bachchan revealing producer Shah Rukh Khan’s best quality, Abhishek Bachchan being replaced in several movies and the actor revealing why he never became a huge star – here’s all what grabbed headlines to make it to the trending OTT news today… Also Read – Abhishek Bachchan was REPLACED in several movies; REVEALS how Amitabh Bachchan helped him in his lean phase [EXCLUSIVE VIDEO]

So, without further ado, here are the OTT newsmakers of 30th November 2021:

Disney+ Hotstar has released an exciting new promo of its upcoming live-action web series from Lucasfilm, The Book of Boba Fett, while also announcing that the show will have seven weekly episodes in Hindi, English, Tamil, Telugu and Malayalam, commencing 29th December. The Book of Boba Fett, a Star Wars adventure, teased in a surprise end-credit sequence following the season 2 finale of The Mandalorian, finds legendary bounty hunter Boba Fett and mercenary Fennec Shand navigating the galaxy’s underworld when they return to the sands of Tatooine to stake their claim on the territory once ruled by Jabba the Hutt and his crime syndicate. The series stars Temuera Morrison and Ming-Na Wen. Jon Favreau, Dave Filoni, Robert Rodriguez, Kathleen Kennedy and Colin Wilson are the executive producers. Karen Gilchrist and Carrie Beck serve as co-executive producers, with John Bartnicki producing and John Hampian as co-producer. Watch The Book of Boba Fett’s new promo above… Also Read – Tanisha Mukerji, Abhishek Bachchan and 7 other actors who couldn’t make it in Bollywood despite hailing from superstar parents

As Abhishek Bachchan gears up for the release of Bob Biswas, he’s interacting with the media non-stop. During one such interaction, the actor was quizzed about his producer, Shah Rukh Khan, whose Red Chillies Entertainment has bankrolled the movie. Also Read – Trending TV News Today: Anuj aka Gaurav Khanna quitting Anupamaa, Neil Bhatt-Aishwarya Sharma’s FIRST pictures as Man-wife are out and more

In an exclusive interview with BollywoodLife, Abhishek Bachchan opened up about his low please since his debut till the year 2004, how he kept himself going during that time and how father Amitabh Bachchan helped him during the time.

Abhishek Bachchan reveals why he never became a huge star

In an exclusive interview with BollywoodLife, Abhishek Bachchan shed light on why he never became a huge star like the Khans despite a lengthy purple batch between 2004 and 2008, when Dhoom, Bunty Aur Babli, Sarkar, Dus, Bluffmaster, Kabhi Alvida Naa Kehna, Dhoom 2, Guru, Dostana all were commercially successful.

Read the full story here: Abhishek Bachchan REVEALS why he NEVER became a huge star after delivering 9 HITS between 2004 and 2008 [EXCLUSIVE VIDEO]