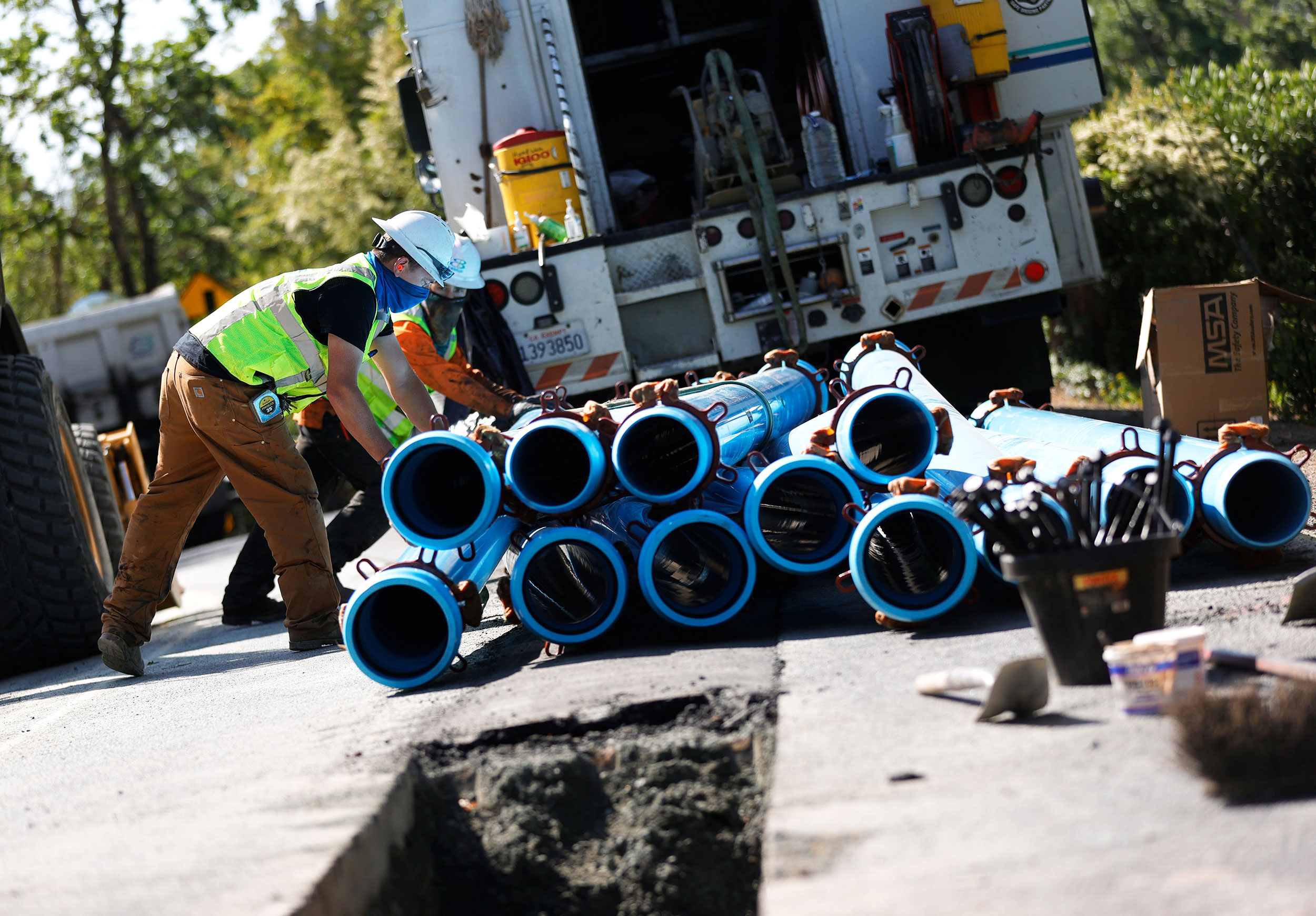 The first big slice of funds from the recently passed bipartisan infrastructure package is being distributed to states in need of water infrastructure repairs and upgrades, President Joe Biden’s administration announced Thursday.

The new law carves out $50 billion to invest in water infrastructure over five years, and more than $7 billion of that is being distributed for states and tribes to use for repairs in 2022, the Environmental Protection Agency said in a press release.

EPA Administrator Michael Regan told NBC News the total amount is the “single largest investment in water infrastructure” in the history of the federal government.

But as I wrote in September, the success of Biden’s infrastructure plans will be judged by their ability to help remedy decades of racist infrastructure inequality — not the size of the investment. And the choice to invest in communities harmed by inequality won’t be left to the Biden administration, for the most part. The funds will be distributed to states, whose leaders will decide where the money goes.

In a letter sent to governors Thursday, Regan encouraged states “to maximize the potential to remove barriers and prioritize the distribution of grant funds to disadvantaged communities.”

“It is a top priority for the EPA to ensure communities that have historically struggled to access … funding are prioritized,” he wrote.

The letter signals the Biden administration’s understanding that passing the bill wasn’t a finale, but a beginning to the administration’s efforts to improve the lives of Americans with the most needs. The infrastructure package’s potential to help fix historic disparities is extremely high, but the likelihood it does so remains an open question.