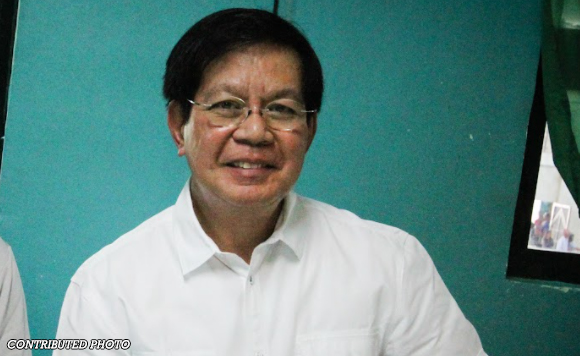 In an interview with a Zamboanga City-based on-line radio station earlier this week, Lacson talked about how he’s actively supporting farmers and fisherfolk by referring them to establishments just like the University of the Philippines-National Institute of Molecular Biology and Biotechnology (UP-BIOTECH).

Problems over the excessive prices of standard fertilizers had been among the many typical issues raised by many farmers and agricultural employees to Lacson and vice-presidential working mate Senate President Vicente ‘Tito’ Sotto III throughout their city corridor conferences earlier than the Holy Week break.

Lacson and Sotto have been instrumental in augmenting the nationwide funds allocation for UP-BIOTECH, which enabled it to extend its funding for analysis and growth (R&D). This led to the innovation of less expensive natural fertilizers that native farmers can use for his or her crops.

[They (UP-BIOTECH) were very enthusiastic when they learned that we were connecting farmers to them… If only the Department of Agriculture (DA) can support them to upscale the production, distribution, and application of their biofertilizers.]

According to Horizon magazine, the official publication of UP Los Baños, researchers from the UP-BIOTECH have developed biofertilizers such as Nutrio for sugarcanes and Mykovam for trees, crops, and ornamental plants. They are eco-friendly and are sold cheaper than petrochemical fertilizers.

Lacson is hoping more farmers would prefer using more organic and locally developed fertilizers in the country to boost their food production. This way, workers in the agricultural sector could save up to P3.57-billion in production costs, according to the senator.

The presidential aspirant reiterated his plans to increase better appropriations for the R&D sector—from a mere 0.4 percent share in the national budget to at least two- or three-percent of our gross domestic product—in aid of farmers and fisherfolk enroute to achieving food security.

Aside from developing organic fertilizers, the UP-BIOTECH also has a program called Project SARAI (Smarter Approaches to Reinvigorate Agriculture as an Industry) in the Philippines, which trains farmers in using technology to facilitate their crop irrigation needs through water management.

Meanwhile, the DA has recently estimated a total of P639.7-million in agriculture damage and losses following the onslaught of tropical storm ‘Agaton.’ This affected some 10,453 farmers across five regions in Visayas and Mindanao, according to media reports.

In a status update posted on his official Facebook page on Good Friday, senatorial aspirant and former Agriculture Secretary Manny Piñol called on both citizens and public officials alike to pay closer and serious attention to environmental hazards and its effects on the lives and livelihoods of Filipinos.

“Killer floods are signs of our greed, destroying forests and mountains to amass wealth, sacrificing lives. We remain blind!” Piñol lamented. He has been a longtime advocate of varied nationwide reforestation applications.

“As part of my personal advocacy for Green Philippines, my farm nursery has already distributed 500,000 Giant Bamboo (GB) propagules all over the country. Next week, we will deliver 10,000 GB planting materials in seed bags to Typhoon ‘Odette’ battered Bohol,” Piñol posted final April 14.