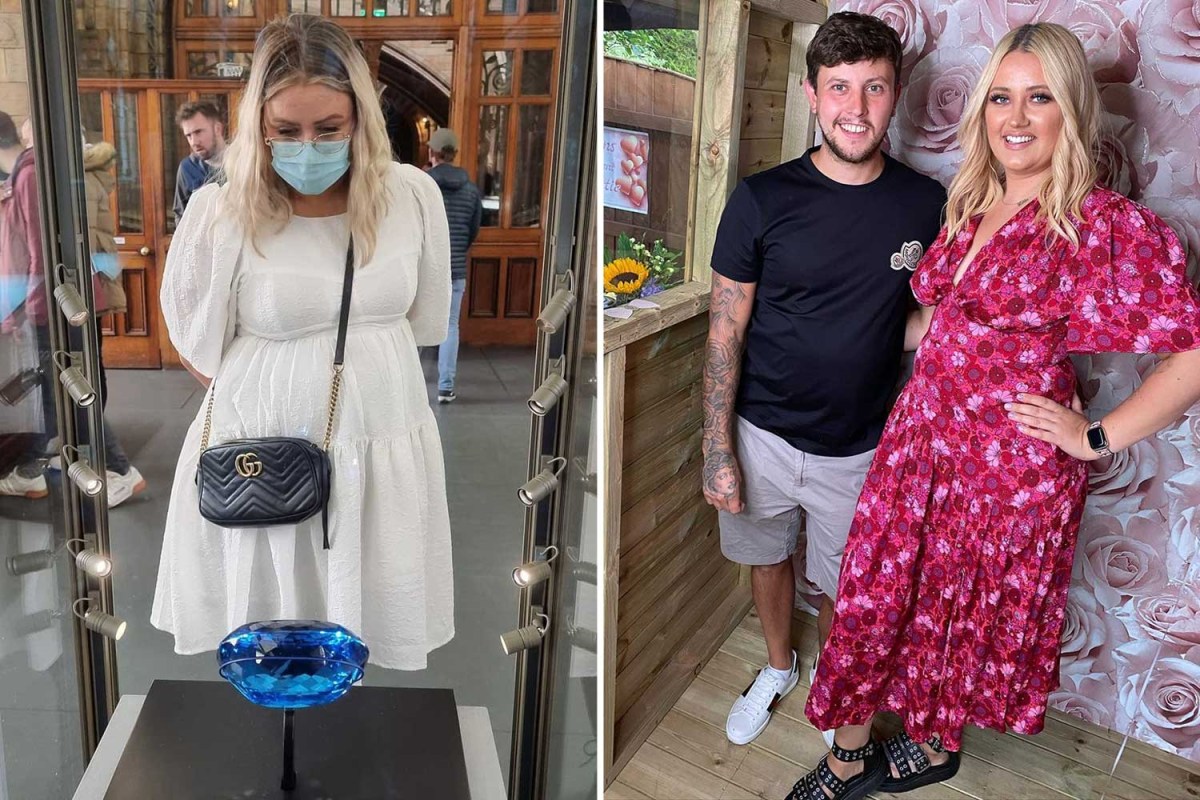 GOGGLEBOX fans were all asking the same question as Ellie Warner went shopping for a huge engagement ring.

The 30-year-old star – famous for appearing on the Channel 4 show with sister Izzi – was in London looking at an enormous jewel.

Addressing her boyfriend, she wrote: “Picked the stone for my ring Nat! Better get saving 🤣😆💎.”

But many of her other fans were more worried about what had happened to her legs in the picture, which were nowhere to be seen.

One asked: “Where are your legs??” while another posted: “I thought she was floating 😂.”

Others thought the mighty gem, which Ellie was viewing at the Natural History Museum, looked like the one from the movie Titanic.

One posted in the comments: “But I thought the old lady dropped it into the ocean at the end?? 😂.”