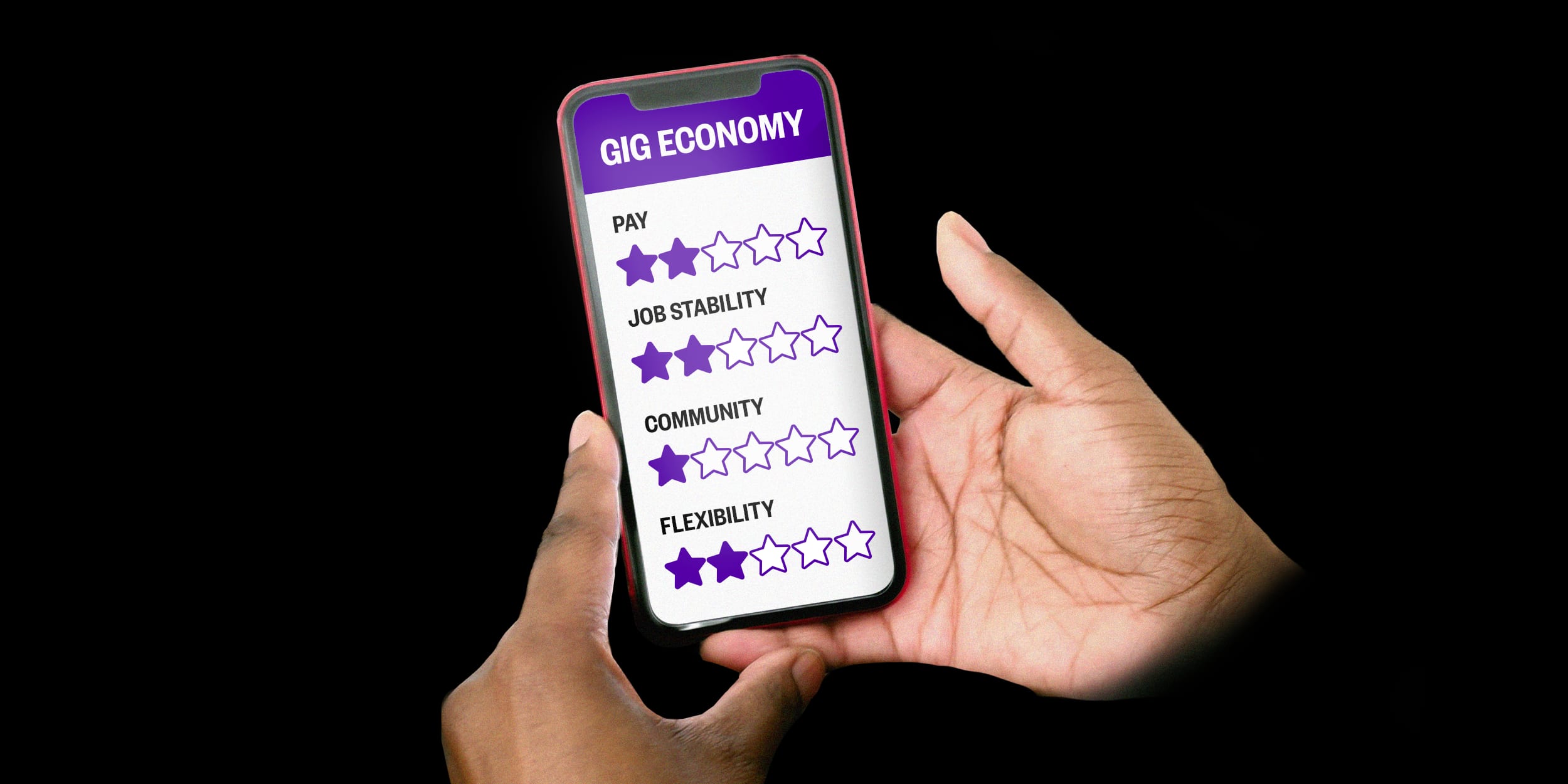 This week, I screened a film for DOC NYC, New York’s documentary film festival, called “The Gig Is Up.” You should peep it! It’s a sobering look into the rising popularity of app- and web-based jobs, from car services like Uber and Lyft to online services like web-scripting.

As you may know, these are industries fraught with worker neglect and mistreatment. The classification of so-called gig workers — a term often rejected by employees because many work full time — as independent contractors has made it easier for companies to deny workers benefits and worker protections against exploitation. (Some app-based companies say their drivers want to be independent contractors, though critics argue it strips workers of their rights.)

Unless you know a gig worker, it’s likely that the only time you hear from one is when they arrive at your doorstep or pick you up off the street. All of us need to hear from these people, especially as our reliance on them increases.

I spoke with Cherri Murphy — a social justice minister, Lyft driver and organizer with the advocacy group Gig Workers Rising — about the experience of gig work and the needs of employees like her, who keep the country moving in more ways than one.

This transcript has been edited slightly for length and clarity.

Ja’han Jones: How did you get started with this work, and how long have you been doing it?

Cherry Murphy: I was in my last year of my masters in divinity and beginning to start my doctoral program, and back in 2017, Lyft seemed like a godsend.

For three years, Lyft was my primary source of income and I completed over 12,000 rides. They advertised a job with a feature of “flexibility” that would allow me to make money while also loaning me a rental car. I was in desperate need of a car and that so-called flexibility and began working.

Soon, I found myself in a deadly and inflexible cycle. Over my time working for Lyft, I’ve seen many drivers become entrapped in the gig economy where app workers like me find ourselves in a constant cycle of working just to afford to keep working.

Every passing year, I’d spend more and more hours of unpaid time waiting for rides and personally covering work expenses like gas and rental fees, while it became harder and harder to sustain a living.

Jones: What are some of the greatest challenges of gig work?

Jones: In what ways has the pandemic affected gig work?

Murphy: When Covid-19 hit, it became transparent that gig corporations cared only about the bottom line. While workers were left scrambling in the face of a deadly pandemic, gig corporations like Uber petitioned to deny workers access to state unemployment benefits.

That meant that an entire workforce was forced to choose between risking our lives to pay rent or sheltering in place in a home we might lose.

Jones: What’s one thing gig work customers may not know about your experience, but should?

Murphy: While gig corporations refused to protect their workers, they were quick to spend over $200 million dollars on Prop 22 — a California ballot measure written for and paid for by Uber, Lyft, DoorDash and other gig corporations.

The very corporations spending millions to deny their majority Black, Brown and immigrant workforce access to life-saving benefits and wages were also trying to position themselves as leaders in the fight for racial justice. To trick voters to support their campaign, Lyft ran ads quoting Maya Angelou poems and Uber bought billboards stating, “If you tolerate racism, delete Uber,” to capitalize on the Black Lives Matter movement.

They exploited racial justice movements in an effort to cover up the truth: These corporations rely entirely on the exploitation of workers, the majority of whom are Black, immigrants and people of color.

Jones: What does effective support for gig workers look like?

Murphy: It’s crucial for lawmakers to listen to real Black and brown drivers who can tell their truth. We understand more than anyone the lengths profiteers will go to build legal loopholes so that they can have full access to our bodies and our labor — without any recourse for workers.

Congress should act boldly to free our society from the violence of poverty, low wages, harm and/or death  by protecting gig workers and ensuring that we have essential and equal rights at work, including employee protections under federal law.

The reality of gig workers is not reflective of a just and equitable society. It is time to end the exploitation of gig workers and ensure all workers receive their fair share.

It’s past time for Biden to explain why he’s supporting this cruel, anti-science policy