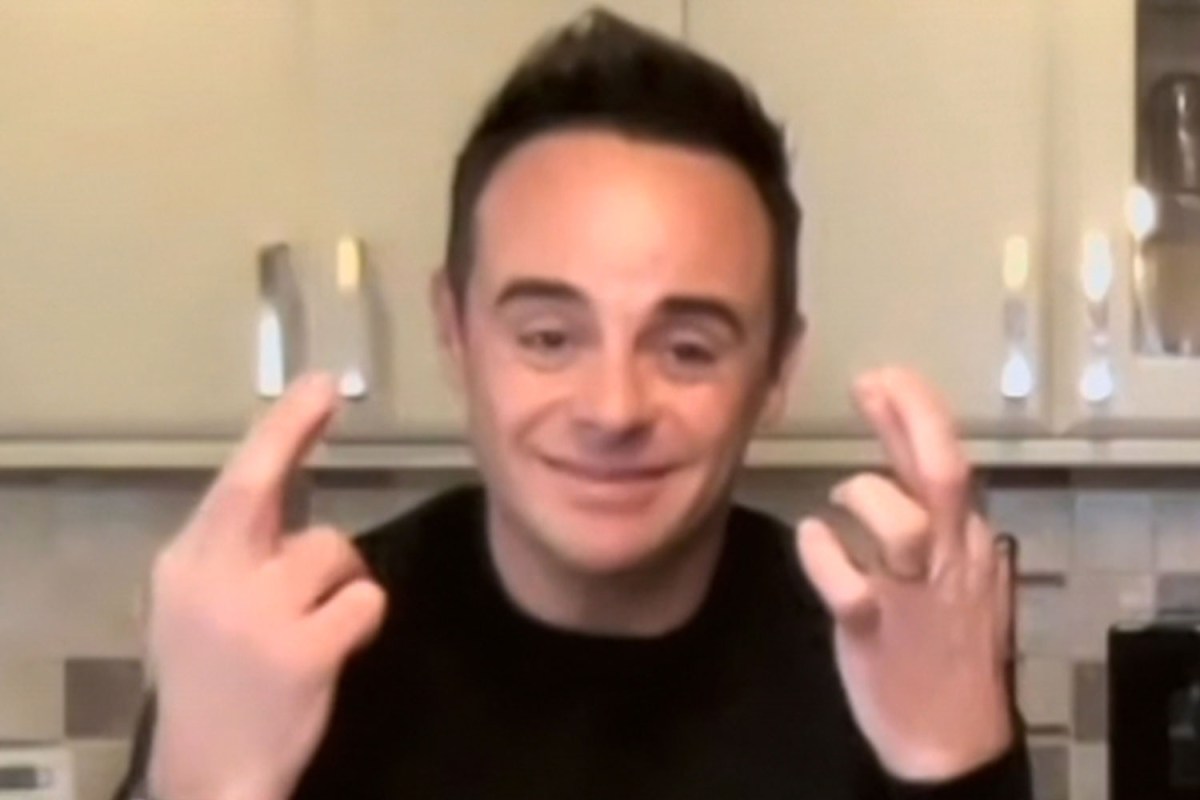 The 46-year-old star, who has been off screens for days after the series crashed off air due to storm damage, said there may be more trouble ahead.

He told This Morning viewers: “There’s a slight worry because I think there’s more bad weather coming next week.”

The show – which is being filmed in North Wales – has been besieged by high winds and plunging temperatures brought by Storm Arwen.

Ant added: “But it’s just temperatures dropping and maybe a bit of snow, a bit of frost. So I think we can cope with that. I mean touch wood, touch wood.”

Speaking to his former co-host in Oz, Dec Donnelly told Holly Willoughby, 40: “We’d never get this in Australia.”

He added, crossing his fingers: “Let’s not speak too soon but let’s hope we’re back on now through to the end.”

Ant added: “It’s been a challenge but the team have been fantastic. We’re back on air tonight and we can’t wait to get going again.”

He said: “It was just hitting its stride. It was really motoring.”

I’m A Celebrity was pre-recorded for Friday night’s show and did not air at all on Saturday, Sunday or Monday.

However, it will return to screens tonight after the celebrities are returned to the castle today.

Elsewhere in their This Morning interview Ant and Dec revealed how the show came to fall off air after Storm Arwen lashed the Welsh castle where the series is filmed.

Speaking from Ant’s cottage in North Wales the pair said they were “just gutted” after their show was cancelled for the first time in its history.

They added that the high winds ripped up the production team’s marquees and tents – with Gwrych Castle itself the only building unaffected.

Ant went on to praise the show’s production team, saying: “They worked round the clock.

“The castle is the one thing that’s absolutely fine. The only reason we took the celebrities out because it was just mean to leave them.