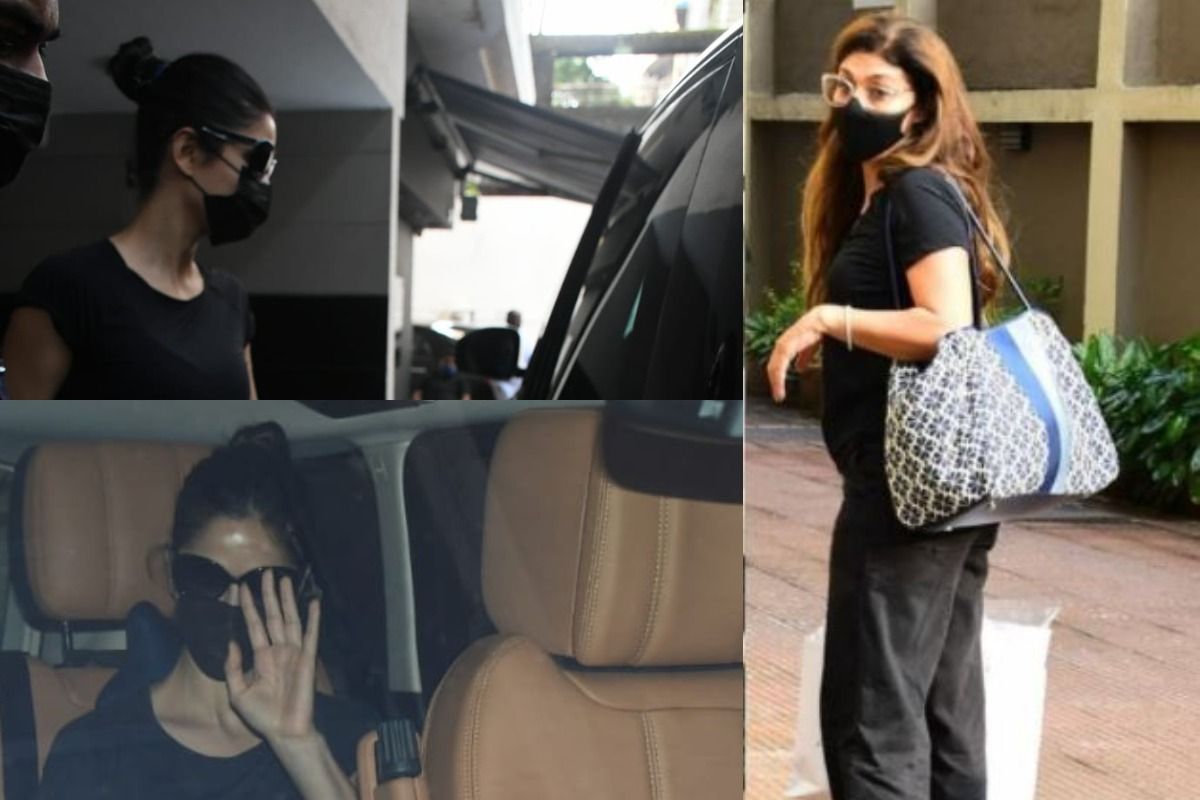 Mumbai: At a time when people’s interest in Vicky Kaushal and Katrina Kaif’s wedding in Jaisalmer is at an all-time high, the bride-to-be was papped heading to a gym in Mumbai. She was reportedly joined there by her sister Isabelle Kaif. Katrina Kaif was spotted in an all-black attire. She completed her look with a mask and a baseball cap. Sources told IANS that even Katrina was working out, and the Internet was abuzz with stories that the two having a court marriage before their traditional nuptials, Vicky Kaushal was busy shooting in Mumbai. The actor has three films-in-the-making lined up. It is not clear which one he was shooting.Also Read – Did Vicky Kaushal Confirm His Wedding With Katrina Kaif? Watch Viral Video of Him at Kat’s Home

Katrina Kaif spotted hitting the gym ahead of her wedding with Vicky Kaushal:

In the evening, Katrina’s close friend and fashion stylist Anaita Shroff Adajania was spotted and papped as she reached Kaif’s residence for wedding preparations. She was seen with other girls holding big shopping bags. Katrina Kaif must be getting styled by Anaita for her wedding. Also Read – What! Katrina Kaif, Vicky Kaushal Getting Legally Married Today? Vicky-Kat Wedding SOPs | Watch Video to Find Out

Wedding shopping goes on till the last moment. Isn’t it? Here are visuals from outside #KatrinaKaif‘s residence pic.twitter.com/0lvvvyP19j

The VicKat wedding celebrations are taking place from December 7 to 12 at the Six Senses Fort Hotel in Rajasthan’s Sawai Madhopur district. According to India Today’s report the bride and groom-to-be will be boarding a helicopter chopper from Jaipur to the wedding venue, Six Senses Fort Barwara resort.