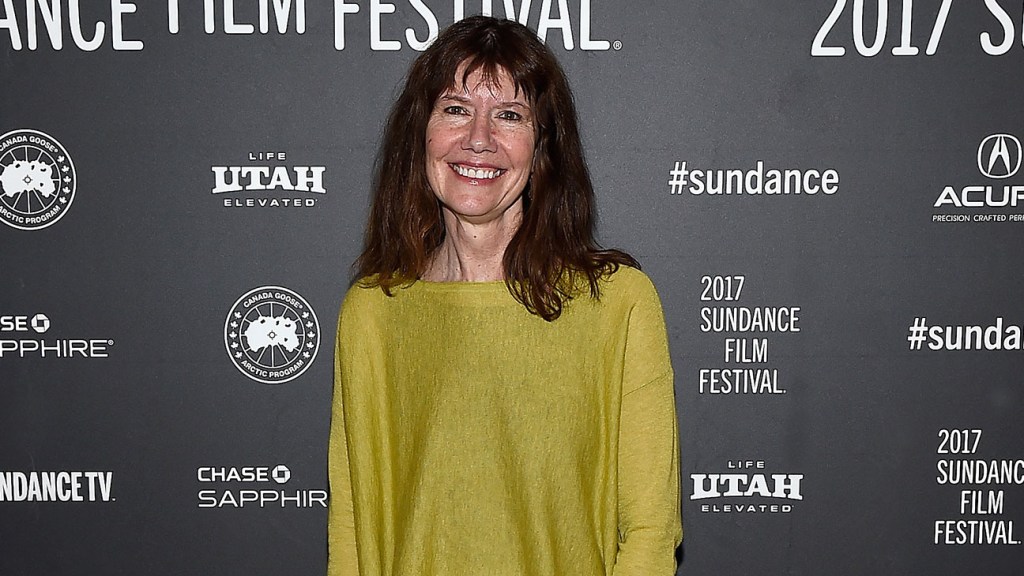 Diane Weyermann, the passionate Participant executive and driving force behind such resonant documentaries as the Oscar-winning An Inconvenient Truth, Citizenfour and American Factory, has died. She was 66.

Weyermann died on Thursday in New York after a battle with lung cancer, Participant announced via a press release.

Weyermann exited the Sundance Institute’s Documentary Film Program to join Participant in 2005, soon after entrepreneur Jeff Skoll founded the socially conscious company, and had been serving as chief content officer since September 2019.

“From day 1, Diane brought a passion to her work and cared deeply about the battles we helped fight over the issues portrayed in each film,” he said in a statement. “Over 17 years together, she was a champion in every way, through strategic, industry, and emerging global challenges. Diane was the heart and soul of Participant.”

Known for her integrity and unflagging support of filmmakers, Weyermann was an executive producer on Al Gore’s climate-change doc An Inconvenient Truth (2006), directed by Davis Guggenheim, on Laura Poitras’ Edward Snowden doc Citizenfour (2014) and on Steven Bognar and Julia Reichert’s American Factory (2019), from Barack and Michelle Obama’s Higher Ground Productions.

She also was an exec producer on the Oscar-nominated and Emmy-winning Food, Inc. (2008), a scathing exposé on the modern food industry directed by Robert Kenner.

In a 2016 interview with IndieWire’s Anne Thompson, Porter described Weyermann as someone who is “empathetic [and] has impeccable taste, and she’s fun. She has the heart of a teacher. The ego of a documentary person can be fragile. You stay in your cave and don’t come out for months and months, facing glaring scrutiny. She’s thoughtful and kind and encouraging.”

“I would describe what we do, whether it’s on the documentary side or on the narrative side, as foremost, really great stories,” she said in a 2019 interview about her work at Participant.

“They’re films about something that matters, and there’s a social relevance to everything that we do. … [The films are] about the world that we live in, and it allows the audience that connects to it to consider that world, or consider something that is brought up in the film, hopefully in a way that maybe they haven’t considered it before watching it.”

“I was interested in justice, equality and human rights,” she told Thompson. “I was always focused on documentary from day one. What interested me was stories about people and the human condition.”

She became director in 2001 of the Sundance Institute’s Documentary Film Program, where she launched annual labs for edit/storytelling and composers and helped build a community of filmmakers.

When Guggenheim moved from handling documentaries at Participant to directing An Inconvenient Truth, Weyermann replaced him and supervised his Oscar winner.

“It is not hyperbole to say that Diane Weyermann changed the world for the better in a remarkable way,” said Gore in a statement. “She shone a powerful spotlight on stories that provoked thoughtful action to promote justice and ignited progress toward a better, safer and more equitable future. With her skill and passion, she spurred millions to become changemakers. Her deep and heartfelt empathy, creative vision, and unwavering commitment to supporting each and every person she encountered made her the most cherished of colleagues, mentors, and friends.”

With Larry Karaszewski, she co-chaired the Academy’s foreign language Oscar executive committee from 2018 until she stepped aside in October 2020 because Participant had the Romanian film Collective in contention.

Weyermann is survived by her sister Andrea, brother-in-law Tim Goodwin, and her three nephews Will, Dylan and Harris. In partnership with the Camden International Film Festival, Weyermann’s family, friends and colleagues established the Diane Weyermann Memorial Fund that the Points North Institute (the parent organization of CIFF) will use to develop an ongoing program to support documentary filmmakers. The fund is launching with a grant from the Skoll Foundation, and donations may be made here.

When she was promoted from president of documentary film and television at Participant to CCO, Skoll said: “The only thing that surpasses Diane’s unassailable integrity is her extraordinary judgment on stories that matter. Her creative partnership, her unparalleled work ethic, her mentorship of others, her deep relationships with the filmmaking community — the list of talents goes on and on.”