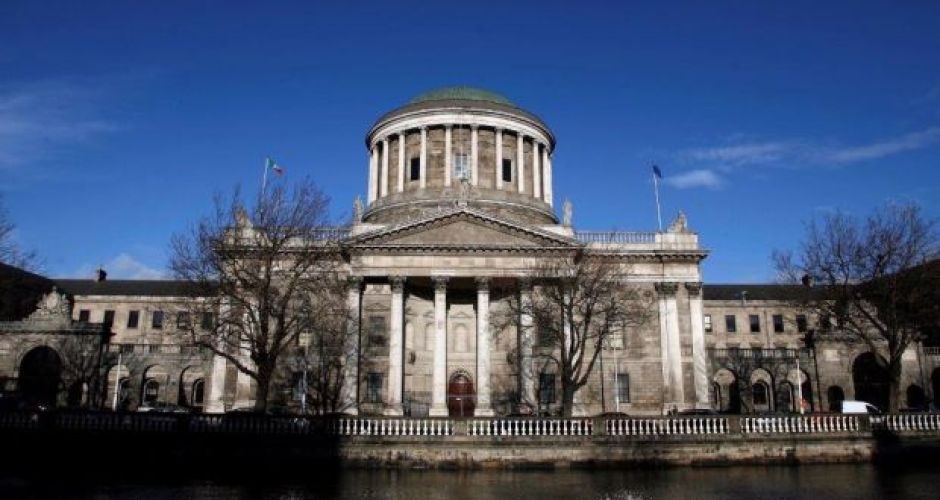 Two women have lost their separate High Court damages claims over minor ankle injuries suffered as each got out of a ‘bird’s nest’ basket swing in a children’s playground on two different occasions.

Mr Justice Michael Twomey found there was no negligence or breach of duty by Tipperary County Council.

The injuries were caused by two adults deciding to use equipment not designed for adult use and “common sense” would tell any adult they should not use a swing designed for use by children, he said.

In dismissing both cases, he voiced concern about the “chilling” effect of such litigation, even when unsuccessful, for the provision of play facilities for children and the freedoms of all citizens.

Such cases are more appropriately brought in the District Court, where legal costs are much lower than the High Court, he said.

There are economic reasons why an impecunious plaintiff with an unmeritorious claim for a minor injury, who is hoping for a settlement, would choose to institute proceedings in the court where legal fees are the highest, since there will be greater incentive for a defendant to settle the claim, he said.

He stressed he was not suggesting that had happened in this case.

In a judgment published this week, he dismissed the separate cases by Sarah Kennedy, of Ballyknockane, Clogheen, Cahir, Co Tipperary, and Susan O’Mahoney, of Ballyvera, Goatenbridge, Ardfinnan, Clonmel, Co Tipperary.

Both women sued over ankle injuries sustained, on different occasions, as they got out of a bird’s nest basket swing in a community playground in Newcastle, Co Tipperary, built after members of the local community raised funds for it.

Ms O’Mahoney’s injury occurred on March 30th, 2016 as she was exiting the swing which she had got onto with a child whom she was then minding, aged two years and 10 months. She caught her right ankle on the underside of the swing and suffered an undisplaced ankle fracture. She was in a cast for six weeks, an ankle boot for four weeks and was back working as a carer within two and a half months.

Ms Kennedy’s injury occurred on July 13th, 2016 as she was exiting the swing after getting onto it with her cousin, a boy aged 16 months. She had the child in her arms as she got off and caught her right ankle in the underside of the swing. She suffered an undisplaced ankle fracture and some ligament damage, was in a cast for four weeks, out of work for eight weeks and had some ligament damage for a short time after for which she wore ankle support.

Both women knew each other as acquaintances and their cases, against the council, were heard together because they involved similar claims.

He noted both women were seeking compensation at the High Court level, more than €60,000 from the council on grounds it had negligently set the swing height too low and, as a result, created an entrapment risk for them.

The judge accepted engineering evidence for the council that the swing was set at the right height and in compliance with the relevant British Standard then applicable. That was the end of the personal injuries claim as there was no breach of duty or negligence by the council, he held.

Even if wrong on that finding, he held the council had not breached any duty, statutory or otherwise, to the plaintiffs.

He said common sense suggests an adult should not use a child’s swing and there was no evidence of the swing being an injury risk to children who used the swing on their own, without an adult. A notice at the playground made clear the playground, which must mean the equipment in it, was “for the use of children”, the corollary being it was not for use by adults.

There is a duty on adults to take “reasonable care” for their own safety and it was thus no breach of duty by the council not to raise the swing for use by adults. Raising the swing would make less safe for use by small children, he said.

If there was any entitlement to damages here, he considered a reasonable and proportionate award, based on principles set by the courts, would be between €5,000- €7,500 and not the €54,700 sought. In reaching that conclusion, he said he was not relying on the new guidelines on damages for personal injuries, he added.

This meant, even if the claims were meritorious, they should have been taken in the District Court, he said.