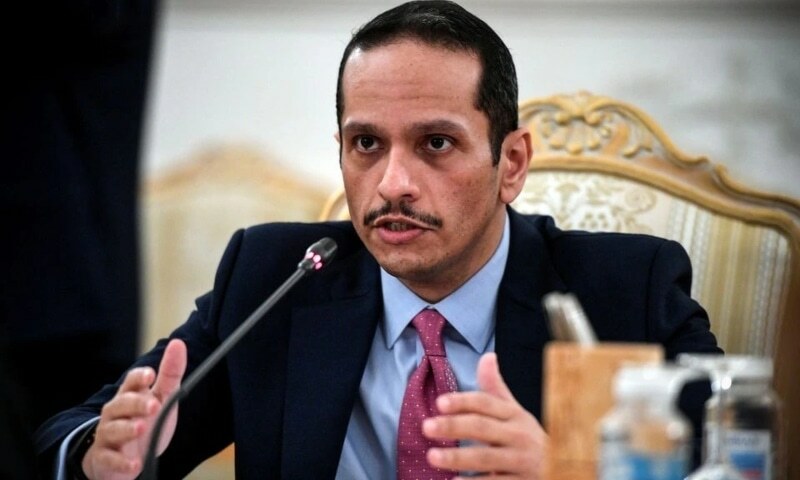 DUBAI: Qatar’s foreign minister said isolating Afghanistan and its new Taliban rulers will never be an answer and argued on Wednesday that engaging with the former insurgents could empower the more moderate voices among them.

Sheikh Mohammed bin Abdulrahman Al Thani spoke amid a flurry of diplomatic meetings taking place in Qatar, where the Taliban have maintained a political office for years in the lead-up to their takeover of Afghanistan in August.

The world has been looking to see how the Taliban transition from two decades of insurgency and war to governance after they seized control of Kabul and the rest of Afghanistan as US and Nato forces withdrew from the country.

This week, the United States, 10 European nations and European Union representatives held face-to-face talks with Taliban leaders in Doha, the Qatari capital the first such meetings since the Taliban blitz.

Al Thani told an audience of counter-terrorism specialists in Doha that Qatar believes the international community should urge the Taliban to take the right steps and to incentivise” that rather than talking only of penalising them for negative steps.” We see that its very important to provide guidance for them,” he said. This will create an incentive for progress and for the way forward.” This will help the moderate power (voices) to also provide an incentive to be more influential and more effective in their government, Al Thani added.

US State Department spokesperson Ned Price said Washington has made it clear in talks with the Taliban this week that the group will be judged by their actions on issues related to combating terrorism and protecting human rights.

We engaged on a practical and pragmatic basis with the Taliban, as we have done in recent weeks, focusing on security and terrorism concerns, Price told reporters in Washington on Tuesday. The Taliban and US share common concern about the militant Islamic State group in Afghanistan, but the Taliban have ruled out cooperation with the US in fighting IS.

However, the most pressing issue facing Afghanistan is deepening poverty, with the country heavily reliant on international aid. Its financial system is collapsing and millions face hunger. The Taliban are struggling to pay the wages of most teachers, doctors and some half-million civil servants. Prices of food staples have increased and the country is struggling to import medicine because it is blocked from the global financial system.

The EU on Tuesday announced a support package worth 1 billion euros ($1.15 billion), including 300 million euros ($346 million) that had been committed earlier, to help the Afghan people amid the crisis. The United States, the single biggest donor to Afghanistan, provided $330 million this year.

Isolation will never be an answer, Al Thani said at the Global Security Forum in Doha. Engagement is required with whoever is governing Afghanistan because abandoning Afghanistan would be a big mistake.