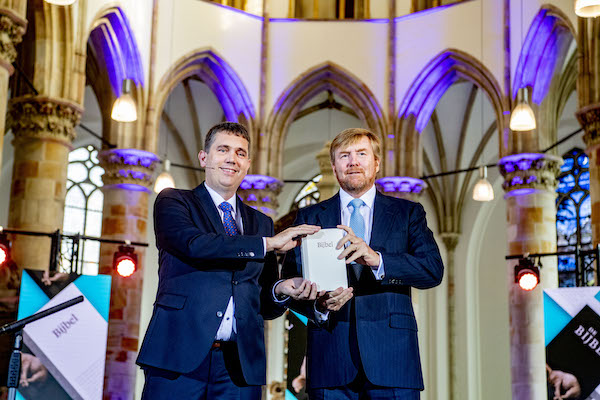 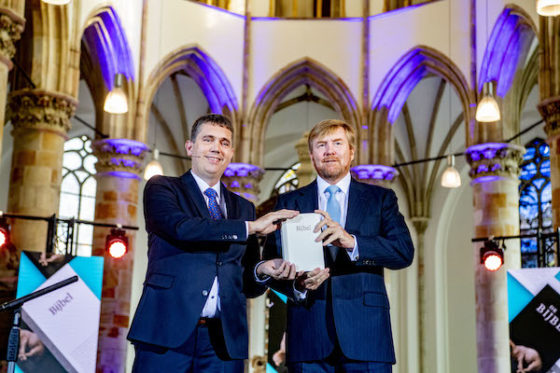 Traditionalists are happy the latest update of the Dutch translation of the Bible restored the capital letter G for the deity but have slated other modern influences.

The new version replaces one dating from 2004. Its publication caused thousands of suggestions and – angry – comments from vicars and churchgoers alike, particularly about the absence of the ‘reverential capital’ to refer to God, Jesus or the Holy Ghost.

All of the suggestions have been evaluated by the ten-strong team of translators of the Dutch-Flemish Bible Society NBV which traditionally gets the job of adapting the book to changing times.

Apart from suggestions from laypeople and experts, the NBV also held public meetings to discuss the changes which have now been included in NVB21, as this version has been dubbed.

‘The big shift of 2004 version caused a bit of a stir but the Bible society is open to criticism and encourages it,’ translator Cor Hoogerwerf told broadcaster NOS.  The team included some 12,000 changes in the new version but not everyone is happy.

Ad van Nieuwpoort, parish minister of Bloemendaal and Overveen, said he is against attempts to make the Bible easier to understand. ‘This is a strange book, a book rich in poetry and metaphores. It is meant to be explored by reading and discussing it together,’ he said.

Van Nieuwpoort said a phrase from the Book of Ruth is a case in point. ‘Spread therefore the wing of thy garment over thine handmaid’ becomes ‘Take me onto you’. That, van Nieuwpoort said, is a ‘Claudia de Breij like’ translation. ‘The 2004 tekst left something to be guessed at. This is poetry. Don’t flatten it,’ he said.

Almatine Leene, who is ‘national theologian’, or ambassador for theological studies in the Netherlands, said she liked the new adapted Bible but said some people will be disappointed. ‘They know their verses by heart and these may have changed.’

Leene said she was happy about the return of the capitals. ‘It’s more of a feeling, I just think it’s beautiful,’ she told the broadcaster.

Some changes could strike outsiders as trivial, for instance the removal of the word ‘nog’ (still) in ‘de aarde was nog woest en doods’ the Dutch rendition of ‘the earth was without form, and void’. Readers judged the word to be superfluous and it was removed.

Inconsistencies, such as referring to Mary as ‘the virgin’ in one place and ‘a young woman’ in another have also been ironed out. Mary is consistently ‘the virgin’ in the new Bible version while Jesus’ attire, which varied between ‘mantle’, ‘robe’ and ‘cloak’, is now ‘mantle’ throughout.

In Isaiha 34:11, the ‘porcupine’ even changes species and is replaced with the ‘bittern’, in line with the King James version of the Bible, as the more likely translation of the original Hebrew.