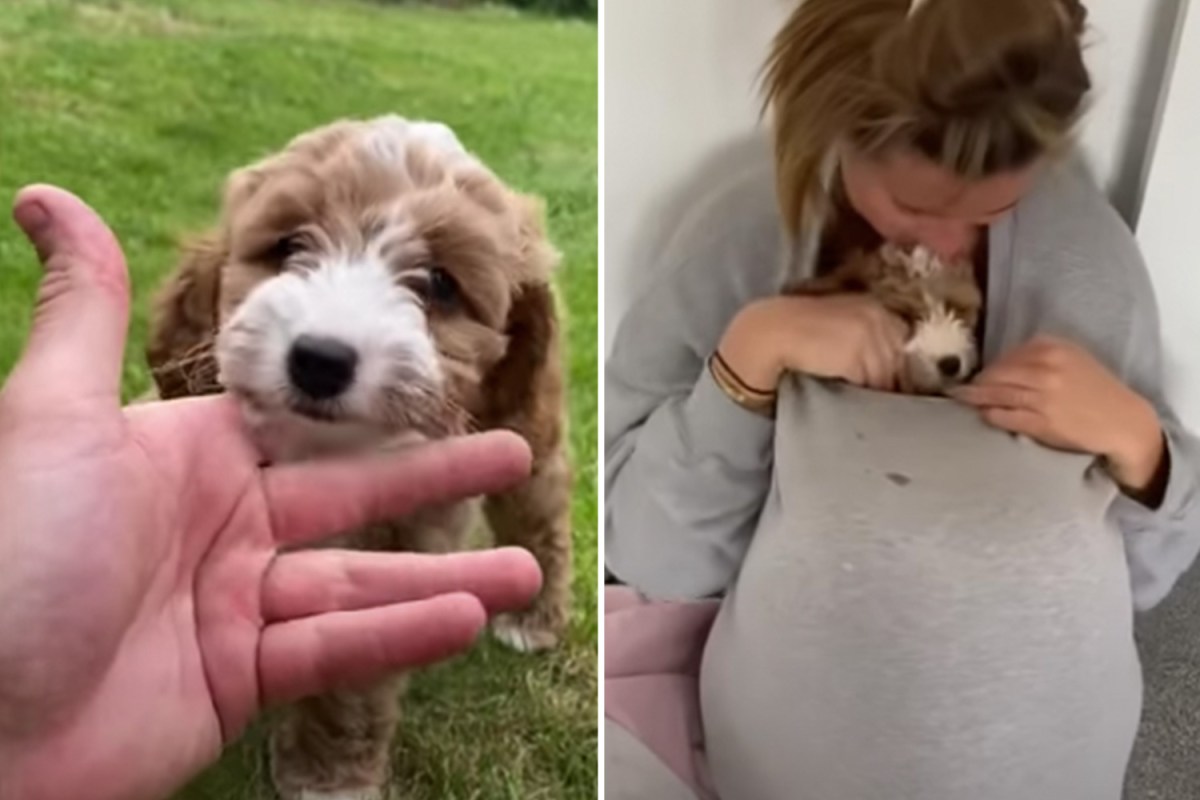 MARRIED At First Sight’s Tayah Victoria and Adam Aveling have become proud parents to a cute puppy after moving in together.

The happy couple were matched on the most recent series of the E4 show.

The experts did a good job matching the pair as Adam, 26, got down on one knee and asked Tayah, 25, to be his wife for real at the final commitment ceremony.

And since the show has ended, Hertfordshire lass Tayah has moved to Doncaster to be with her fiance and they’ve even got their own fur baby.

The pair have shared what life has been like since getting River the cockapoo on their YouTube channel.

The video, which is titled Life After MAFS – Getting our new dog, has already had over 4,000 views.

They shared the precious moment that they finally got to bring River home.

The pup was wrapped up in a pink blanket as Victoria carried her into her new home.

Another clip showed the moment Adam’s mum got to meet the adorable pooch and they also tried to give the pup a trim at home.

Fans of the hit show rushed to the comments section to share how much they loved the content.

One wrote: “Love you guys! You look so natural together! River is the cutest ever!”

Another said: “Gorgeous River 🥰 very brave trimming her yourself, I would be straight to the groomers 🤣🙈.”

Adam recently admitted that getting a puppy has made him think about starting a family.

He confessed: “Yes when I see Tayah talking to River like a proper child, it does make you fast forward and think that’s what it will be like when we are parents.”

Tayah made it clear during her stint on the show that she wanted to be a mum.

And recently the star had to hit back at a fan who accused her of having a “baby bump” in a recent photo.

She slammed a cruel social media user who criticised her figure.

Tayah wrote: “It’s called being a female and having a natural slight bump on your stomach WHICH IS NORMAL.

“This is such a damaging comment, I’m a thin person as well so you really need to check yourself before you comment such damaging things to young women.”