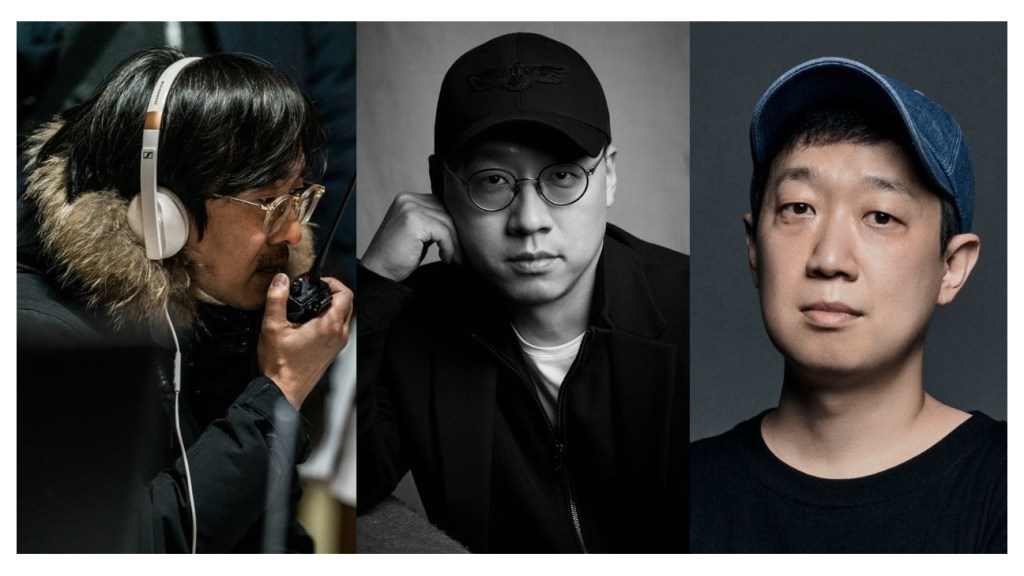 For Korean feature filmmakers who have turned to directing drama series on streaming platforms, the biggest shift has been to imagine the environment in which the audiences watch the work.

“We had to shoot of a lot of close-ups, because if you watch a film through a mobile phone, we weren’t sure if the audience could catch certain scenes,” says Kim Seonghun, a director of Kingdom, the hit Netflix original series which featured zombies in medieval Korea. “The aesthetics are important but we also had to consider the visuals and the storyline so that we can deliver our intended emotions on a smartphone or a tablet.”

Three Korean directors who have experiences working with feature films and streaming platforms shared their experiences in the evolving production environment and their creative process in a session organized by Busan International Film Festival on Wednesday, titled “Filmmaking and Drama Making.”

Aside from Kim, the talk featured Jang Hang-jun who directed a film Forgotten (2017) and a popular drama series Sign (2011), and Han Junhee who directed six-episode Netflix original series D.P. (2021), which follows the story of an army unit whose assignment is to capture army deserters.

Han, who is currently writing the second season of D.P., shared a similar sentiment at the Q&A session in Busan, saying that technical adjustment was one of the biggest challenges after taking his craft to an OTT platform.

“Brightness of the film was a big issue, because devices are so diverse,” he says. “Audiences can’t control the brightness in a theater. And what the audience intends to see and what the creators intend to show [are different]. So we go through various versions of color correction. That process of compromise was the ultimate task. I still get upset when I watch my film through a TV and it doesn’t show the colors and tones I had intended. There is a clear difference between a movie and drama series in that sense.”

Jang, who originally directed feature films, was one of the first major Korean directors to switch to shooting drama series for TV — and he says he shot them with the attitude of making a film.

“At first staff at the broadcasting stations hated us when we hired a film crew,” he says. “They probably thought that we were taking away their work. At one moment, we were shooting at the National Forensic Service, and I asked my assistant to get a staff member [at a broadcasting station] to change the light bulbs at the location, but the staff wouldn’t do it.  We were getting bullied. I immediately reported this to the station’s manager, and they changed the light bulb.”

Jang’s wife, Kim Eun-hee, wrote for Kingdom, and he said he remembers when she first got  the offer from Netflix in 2009.  At the time, few in the local industry had heard about the company yet.

“My wife came home and said ‘I don’t think I will work with a broadcasting station again,’ he remembered. “But everyone was opposed to the plan [of working with Netflix] too. We said the company will go out of business soon. To our common sense, Netflix’s presence seemed very weak in the beginning.”

Now the directors agree that streaming is a big opportunity for them to reach global audiences.

“The OTT platforms have lessened the barriers of linguistic limitation for local creators,” Han says. “Bong Joon-ho famously said that once you overcome ‘the one inch tall barrier’ of subtitles, you will be introduced to so many more amazing films. I think we’re at the moment that the barrier falls.”

The directors agreed that the definition of a film is increasingly blurry.

“A film needs a new definition,” said Jang. “It’s probably up to the people who categorize it. But the audiences only care if it’s entertaining or not, whether it’s free or not,” he said.

Yet the differences between a film and drama series persist.

“Whether it’s Lord of the Rings or Avengers, I don’t think one can sit and watch three sequels straight in a row,” said Kim, who soon will be shooting a film about Korean missionaries who have been kidnapped in Afghanistan. “Do you think you can watch three movies in a row? That’s when I felt that the grammar of drama series and movies are very different. A film requires a high degree of concentration. You get exhausted after watching a film. You don’t get that same level of exhaustion with dramas. The density, grammar, visuals and story of a film and dramas are different. People who watch them have different attitudes, and I think that people who make them should approach them differently as well.”

Jang is currently working on a film about high school basketball players and said, for creators, the platforms are not an issue anymore. “For us, Netflix, Wave and TVing aren’t important — what’s important is whether they will accept my story and whether they will support my story without excessive interference,” he concluded.