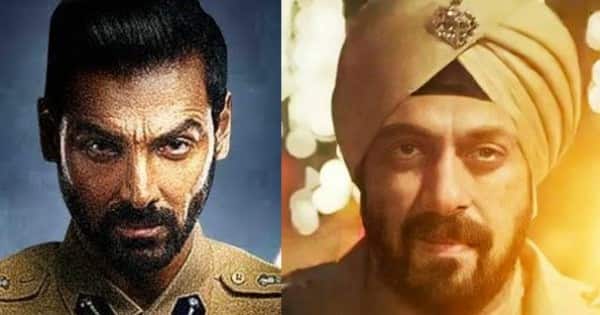 After a long-time, we will see audience enjoying the cinematic experience as the theatres will be reopening from October 22nd in Maharashtra, which contributes a major chunk to the box office. While we expect biggies like Sooryavanshi and others to bring back the era of cinema, the clashes in this pandemic time have become a topic of discussion as none of the filmmaker would like to compete after waiting for more than one-and-a-half year at the ticket windows. On November 26, John Abraham‘s Satyameva Jayate 2 will lock horns with Salman Khan and Aayush Sharma‘s Antim: The Final Truth. Also Read – Not Ayush Sharma, it’s going to be Salman Khan vs John Abraham at the box office as Antim and Satyameva Jayate 2 get ready to clash

To talk about this box office clash, we had a conversation with trade expert Akshaye Rathi and he said that this is not an ideal clash. He quoted, “Two movies coming together on the same day is not a problem as long as they don’t eat into each other’s business by catering to the same audience. So, had Satyameva Jayate 2 been releasing with a Bunty Aur Babli 2, I wouldn’t mind it because these two films would complement each other. Both cater to very different kinds of audience and cinema halls would be able to offer something for every kind of a movie-goer. But something like Antim coming with Satyameva Jayate 2, I don’t think is the greatest idea because both would eat into each other’s business and compete for the same exact audience.” Also Read – John Abraham vs Salman Khan, Prabhas vs Mahesh Babu vs Pawan Kalyan: Is clashing at the box office amid Covid restrictions a good idea? Trade expert answers [Exclusive]

Satyameva Jayate 2 also features Divya Khosla Kumar in a lead role and is directed by Milap Zaveri, who also helmed the first part. On the other hand, Antim, which is directed by Mahesh Manjrekar, is the official remake of the Marathi blockbuster Mulshi Pattern. The film featured Om Bhutkar, Mohan Joshi, Upendra Limaye in lead roles. So, do you agree with our trade expert’s thought on Antim-Satyameva Jayate 2’s box office clash? Tweet to us @bollywood_life. Also Read – Is Salman Khan-Aayush Sharma’s Antim CLASHING with Akshay Kumar’s Sooryavanshi? Director Mahesh Manjrekar spills the beans