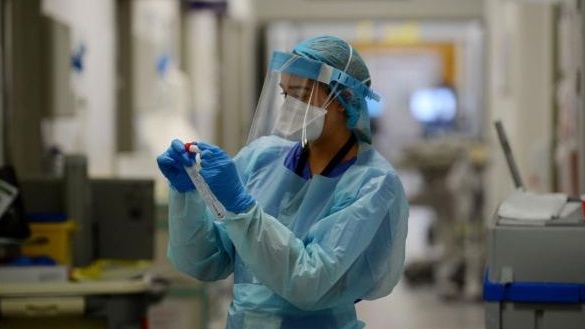 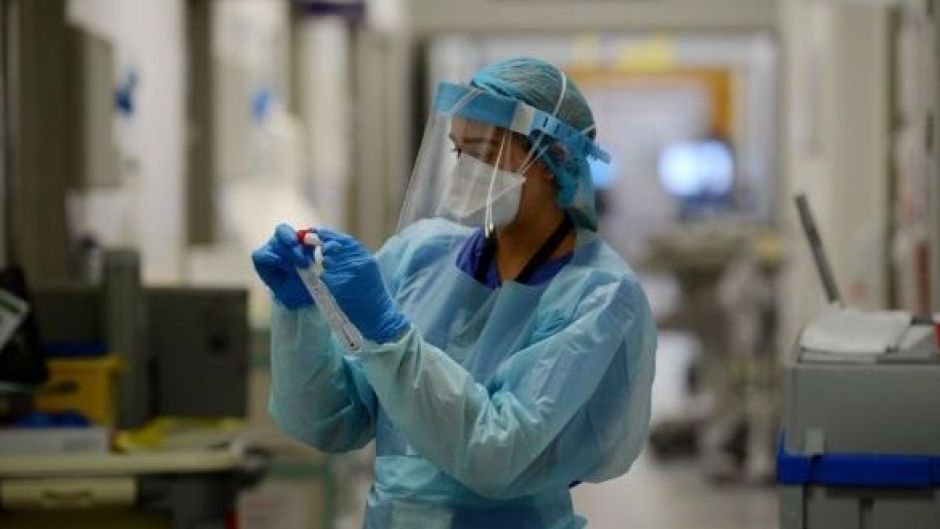 Minister for Finance Paschal Donohoe it was “a little less likely” that there would be a widespread return to the workplace on October 22nd.

The Government would have to “look very carefully” at the situation next week following a meeting with Nphet, he told Newstalk’s Pat Kenny show.

“We will have to see where we are with the disease.”

Concerns over escalating Covid infections and risks to the health system have cast doubt on plans to remove almost all restrictions in just over a week’s time.

Senior officials and political aides were on Wednesday briefed by the National Public Health Emergency Team (Nphet) that the path of infection had taken an unexpected negative turn, and that all key indicators of the disease were now performing badly.

Mr Donohoe said that there were “some signs that were of concern” and that the Government wanted to avoid a situation where the progress that had been made would be reversed.

Nphet would meet on Monday and the Government would decide on Tuesday as businesses deserved clarity on the situation. “We need to ensure that we don’t step back.”

The virus was “unknowable and inherently unpredictable” he warned and was still very infectious. Hospitals were already very busy and winter was traditionally a difficult time.

There may be a case “for going further” he added, with regard to the booster campaign. “We may have to do more with vaccines as we move later into the year.”

Earlier the Minister for Foreign Affairs said the Government will evaluate the advice from public health officials next week to decide if the plan to ease restrictions should proceed.

“Sometimes Government has to make the right decision even if it is unpopular” said Mr Coveney on Thursday, speaking on Newstalk Breakfast.

Mr Coveney said it was possible that some of the existing restrictions would not be lifted, but that any decision would be on the basis of advice from public health experts and the available data.

“We can’t just ignore something because it’s not popular,” he said.

Nobody in the Government wanted to move from the plan for the easing of restrictions, but there was a responsibility to listen to the science and the experts, he said.

Mr Coveney said the Government would be slow to divert from the plan to ease restrictions, but there was still a significant level of Covid in society.

While sources across Government emphasised that no final decisions had been made, and that they still hoped to be able to proceed with the final unwinding of restrictions on October 22nd, the Taoiseach struck a cautious note.

“The presentation by the Deputy Chief Medical Officer [RONAN GLYNN]was a serious one. The trajectory of the disease has taken a wrong turn,” Micheál Martin said. Asked if he could confirm that the next phase of reopening would proceed, he said: “I can’t guarantee [THAT]right now.”

Chief operations officer of the Health Service Executive (HSE) Anne O’Connor on Thursday repeated an appeal for those who have not yet received the vaccine to do so.

Ms O’Connor told RTÉ radio’s Morning Ireland that the majority of patients admitted to hospital with Covid and into ICU were not vaccinated and 10 per cent of the unvaccinated adult population was responsible for 50 per cent of admissions.

“Cases are growing and it is really important that people see that is why we are giving a third vaccine to the over-80s, to those in nursing homes and the immunocompromised” she said.

The situation in recent weeks had changed with more people needing admission to hospital, she said.

“There are more sick people turning up, who need to be admitted to hospital for a whole range of reasons including increased frailty and people who are just sicker.”

Hospitals in general, but in Galway, Limerick and Cork in particular, were under pressure and there were fewer than 100 beds available across the health system on Wednesday night, said Ms O’Connor.

The Covid lead for the Irish College of General Practitioners, Dr Mary Favier, said the rising number of Covid-19 cases has caused “a ripple of anxiety” for GPs as non-Covid care has been displaced.

This was against a background of the good vaccination levels which was a concern for hospital capacity and treatment for non-Covid patients, she said.

Speaking to Newstalk Breakfast, Dr Favier pointed out that Kerry University Hospital had been “turning patients away” because there were no beds available.

“This is déjà vu. It’s all about hospital capacity,” she said.

It was difficult to understand what was happening, she said. “There must be something in our behaviour, how we’re acting” as Ireland’s cases were far higher than other European countries.

She said: “We are victims of our next door neighbour. There is a UK factor.”

Dr Favier said there were still “a good few” people who were not vaccinated and they were the ones who were getting sick and ending up in hospital and in ICU. She was particularly concerned about the unvaccinated over 50s and encouraged them to get vaccinated.

Nphet would meet next Monday to “pull the figures together” and then advise the Government who would make a decision on restrictions, she said.

Meanwhile, immunology expert Prof Christine Loscher said the easing of restrictions should go ahead on October 22nd, but that vaccine certs should be retained as a mitigating measure.

Maintaining the necessity to produce a vaccine cert before entering a premises will minimise the impact of the opening up of society, she told RTÉ radio’s Morning Ireland on Thursday.

Case numbers had increased in recent weeks, she said, as people began to behave differently in anticipation of the lifting of further restrictions on October 22nd.

Prof Loscher said measures such as mask wearing should be maintained as she had noticed a decrease in their use recently.

“We need to accept that people get sicker in winter in general. They are mixing indoors in closed environments. That’s to be expected,” she said.

Vaccines had provided a wall of protection which meant even if people contracted Covid they would have mild symptoms and not require hospitalisation, said Prof Loscher.

She said the experience in countries like New Zealand had shown that zero Covid was not possible, but if the vaccination campaign continued “at some stage it will level off”.

A further 2,066 new cases of Covid-19 were reported in the State on Wednesday. Additionally, 5,306 deaths related to the virus have now been recorded, with an additional 26 deaths in the last seven days.