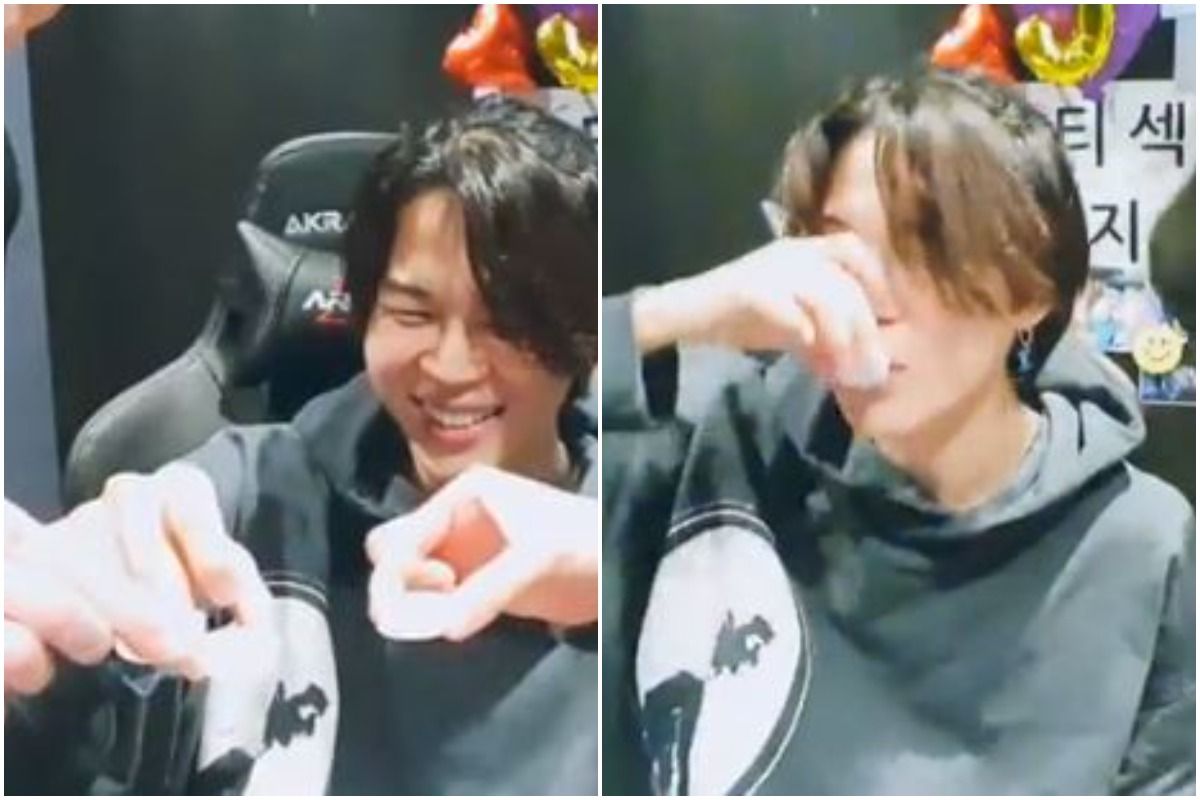 South Korea: BTS member Jimin celebrated his 26th birthday on October 13. While fans from across the world sent him love and wishes, the K-pop singer surprised everyone as well with a sudden V Live session. Jimin’s fellow group members J-Hope and Jungkook also joined him during the live chat with the ARMY. Jimin called Jungkook during his live session and asked him to join his chat. The singer, however, informed Jimin that he was at the gym. However, Jungkook surprised everyone when he soon joined the chat with J-Hope. They were also seen enjoying the shots of soju (an alcoholic drink from Korea).Also Read – BTS Jimin Donates 100 million Won On His Birthday To a Children’s Foundation | Deets Inside

Jimin also thanked ARMY members for sending love on his birthday and added that his relationship with the fandom has evolved over time. “Jimin said when he saw ARMYs before he felt they were like friends or colleagues, like who could put arms around each other’s shoulders. However, as times go by, the emotion is even deeper so he felt it’s more than a friend now, it’s difficult to express,” a fan account tweeted translation. Also Read – K Dramas Recommended by Your Favourite K Pop Stars, BTS | Korean Web Series to Watch Out

After spending time with ARMY, Jimin also revealed that he had plans of having dinner with his family.

Meanwhile, Jimin’s birthday was no less than a festival for ARMY members. South Korea had turned to Jimin’s land for the day. From shopping malls to airplanes and banners across the streets, there were wishes for Jimin all around. Even in India, ARMY members at the Millennium Centre in Mizoram had put up huge banners to send wishes to the K-pop singer. While Russia’s largest stadium Luzhniki turned purple, Japan’s tallest tower – The Fukuoka has also turned yellow to wish Jimin on his 26th birthday.