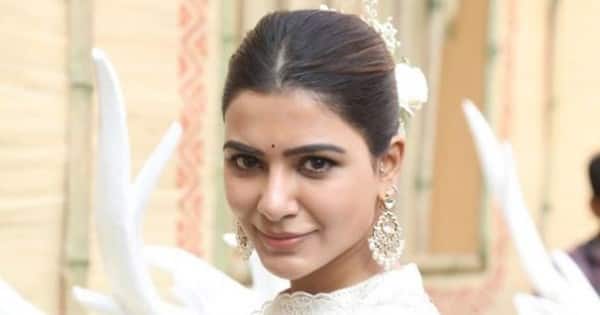 Samantha Ruth Prabhu has been making headlines everyday, but today is different. The actress’ fans have no negative rumours and speculations to deal with but have some great news to celebrate. Samantha, who impressed the audience Pan-India with her OTT debut series The Family Man 2, has been bombarded with interesting offers. And now, we hear that Sam has signed a Bollywood film, which will make her Hindi film debut. The actress will make an official announcement soon. Also Read – Monday Memes: Squid Game gets a Bollywood twist that will make you ROFL

Not just this, Samantha also has a women-centric biggie being made in Telugu and she will start shooting for the same from November, post Diwali 2021. While the actress has been in the news for speculations around her marriage with Naga Chaitanya, followed by their official announcement about them ending their marriage, to various rumours around alimony and her ‘affairs’, ‘abortion’ coming in the way of her and Chay’s relationship, very soon, this will be the thing of the past. All that Samantha will be now talked about is her projects and her performances. The actress has shown her mettle recently with The Family Man 2 and thanks to controversy around her personal life, she is no unknown name to non-Tollywood audience. In fact, she may just become the next big Pan Indian female star with the kind of projects she signs. So the astrologer who had predicted a downfall for Samantha post her divorce with Naga Chaitanya, will be proved wrong, soon. Also Read – Happy Birthday Rekha: Untold story of Bollywood enchantress’ life, controversies and unrequited love

Samantha Ruth Prabhu’s next Shaakuntalam, directed by Gunasekhar and stars Dev Mohan in the lead role is a big budget drama and in post-production stage. Fans will also see her in Kaathu Vaakula Rendu Kaadhal with Vijay Sethupathi and Nayanthara. Also Read – Aryan Khan drug case: Bollywood actors who CONFESSED to taking drugs