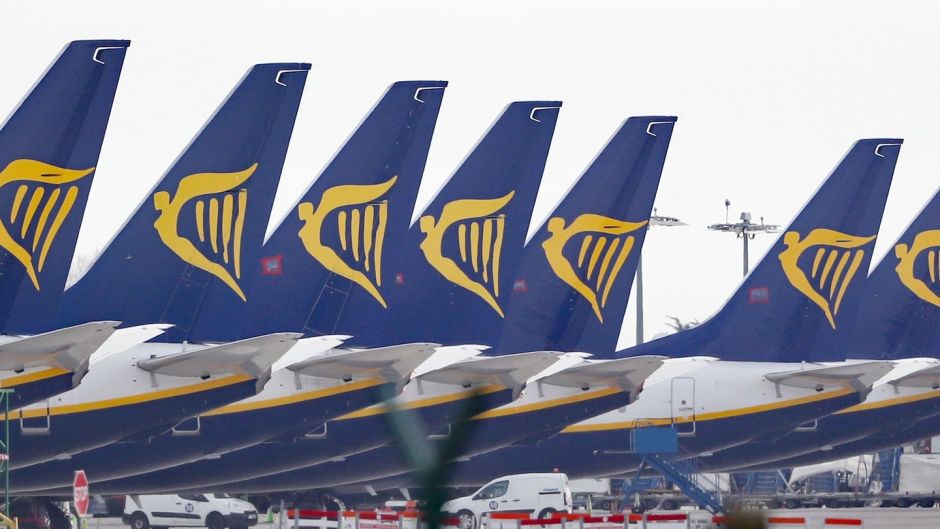 An Irish woman who tried to check-in for a Dublin-bound Ryanair flight at the start of October was barred by the airline until she repaid a refund she had sought from her bank for an earlier Ryanair flight she had been unable to take as a result of Covid-19 restrictions.

Ursula Barry was one of hundreds of customers who were blocked from checking in for Ryanair flights that had been booked and paid for, because they sought so-called chargebacks from their banks in place of a refund processed by the airline.

A chargeback is a reversal of a transaction on a credit or debit card, usually one that is disputed. In the spring of 2020, when the scale of the Covid crisis was becoming apparent, Ryanair denied claims that it was threatening to blacklist customers who had used their bank or building society to claim refunds for cancelled flights.

It said at the time that chargebacks were “not considered a fraudulent activity and Ryanair only blacklists customers in confirmed fraud cases”.

On Friday October 1st Ursula Barry went to check in for a Dublin-bound Ryanair flight from Faro in Portugal. She had flown with Aer Lingus on the outward journey.

“When I tried to check in for this flight, Ryanair would not allow me to check-in,” she said. “After tedious hours spent trying to contact Ryanair, to find out what was happening, I finally got through. I was told that there was €210.95 owing to Ryanair and I would not be allowed to check in without paying the money. I couldn’t understand this as you can’t book a Ryanair flight without paying so how could there be monies outstanding?”

She was told that a flight she had not taken in September 2020 because of government Covid restrictions was at the centre of the issue.

“This booking was made in anticipation of a family wedding in September 2020 in Portugal which had to be cancelled because of government Covid restrictions,” she said.

“I had applied for a refund from Ryanair for that flight but was told no refund was due. Ryanair are now saying that the refund was ‘incorrectly’ given because the flight actually took place and that I had to repay the refund of €210.95 or I wouldn’t be allowed to fly home. I had no choice but to pay.”

Ursula Barry was not the only person in her family affected by the Ryanair policy.

He son was travelling by Ryanair to London last week and the same thing happened to him.

He was forced to pay Ryanair €279.95 for a flight he had not taken for the same family wedding last September. “He was not allowed to check-in for his London flight unless he paid €279.95 to Ryanair for a refund they now say was ‘incorrectly’ given.”

“How can Ryanair operate like this?” she asks. “Why was the issue not raised when the recent flights were booked and only raised when checking onto a flight home, when we had no choice but to pay. How can Ryanair say that the refunds were ‘incorrectly’ paid when government restrictions were the reason why we didn’t take those flights in September 2020.

“How can Ryanair trap customers and force payments to be made in circumstances when we were about to take a flight home. Refusal of check-in to flights legitimately booked and paid for in 2021 is simply unacceptable.”

In response a spokeswoman for the airline dismissed her concerns and insisted it has acted in a manner which was entirely appropriate.

“The many millions of Ryanair customers whose flights were cancelled during the Covid-19 pandemic and who applied directly to Ryanair for refunds, which they received directly from Ryanair, will be completely unaffected by these measures,” the spokeswoman told The Irish Times.

She added that the only people who would be impacted would be “a tiny minority” of its passengers, putting the number at fewer than 850.

The spokeswoman said they had bought “non-refundable tickets on Ryanair flights which operated as scheduled during Covid-19 but who chose not to travel and then unlawfully processed chargebacks via their credit card company. These few passengers will be required to settle their outstanding debt before they will be allowed to fly with Ryanair again.”

The spokeswoman stressed that the “regretted restriction applies to only a tiny fraction of Ryanair’s 150 million passengers annually who chose to unlawfully break their booking agreements with us.”

According to the Money Savings Expert website, some of the refunds demanded were close to €700.

“This is outrageous from Ryanair. Some may have sympathy for the airline given it incurred the costs of the original flights that went ahead that passengers chose not to take. However, it’s used up any sympathy by the way it’s treated holidaymakers afterwards,” said the site’s deputy editor Guy Anker.

“The concern is this could happen again, so if you’ve made a chargeback against Ryanair then think twice before booking with it again.”

He said the Ryanair move should not put people off using the chargeback system. “It is still a very useful scheme and we don’t recall ever seeing an incident such as this before. Even if it’s to get money back off Ryanair then do just that and pick another airline to fly with after.”