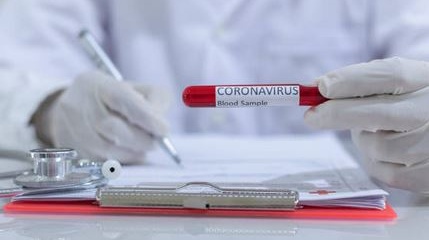 With decisions due imminently on the final reopening of society planned for next week, the trends around Covid-19 are decidedly mixed.

Not surprisingly there is widespread fatigue with the pandemic, alloyed with some disappointment at the “bang for buck” mass vaccination has delivered in Ireland.

While many of our neighbours are speaking of the pandemic in the past tense, the talk here is of a possible fifth wave.

As usual there is no certainty about what will happen, and no unanimity among experts, but we are starting from a high base in terms of case numbers.

We find ourselves in a worse position than countries that locked down less – or hardly at all – and who have fewer people vaccinated.

The gap has been there for months now, but has never been adequately explained. It is clear Ireland has suffered from its proximity to the UK, where case numbers have been higher than here for much of the pandemic.

Officials point to Ireland having bigger and more multi-generational households where transmission can occur. Critics of official policy maintain we are not doing enough to reinforce the impact of vaccination by, for example, demanding higher ventilation standards or masks on young children.

So Ireland goes into the winter tackling Covid-19 from a higher floor than almost anywhere in Europe but the UK. Meanwhile, our ceiling is lower because we have fewer hospital and critical care beds even after improvements made during the pandemic.

This limited room for manoeuvre informs the caution behind much of our pandemic policy. There is a genuine fear of the health system being overwhelmed if things change quickly which, with Covid-19, they often do.

The proportion of positive tests has been edging up since last September, and now stands at 8 per cent. Counties such as Kerry and Waterford, which were less affected earlier, are now at the top of the list. It seems the rise in cases is due less to specific outbreaks and more to wider trends relating to the reopening of society, and it is happening across the State.

Many other countries are experiencing surges in cases, most of them mild and short-lived. This is true here too now that so many are vaccinated, yet even that small minority of cases leading to serious illness is increasing pressure on the health service.

The number of Covid-19 patients in hospital has been climbing steadily for months, and is currently almost 10 times higher than at the start of July. ICU numbers are five times higher.

Surges and localised outbreaks can be expected at this stage of the pandemic. We have been warned to expect them as society opens up. The key questions are: Are they expected? What is driving them? Can they be contained?

Uncertainty about these answers is driving the latest bout of nervousness among officials. Daily case numbers have exceeded 2,000 three times in the past week but we don’t yet know why.

Up to now modelling has done a reasonable job of predicting trends, albeit at the optimistic end of the scenarios laid out.

Officials forecast a rise in cases among young people, and a subsequent settling down, and this happened. Now cases are increasing among older people, of which a greater proportion will fall ill.

Logic would suggest we look at the performance of the vaccines, which experts say are still about 80 per cent effective after six months. In June, chief medical officer Dr Tony Holohan was hailing the “near-elimination” of Covid among the vaccinated, but for all the heavy lifting the vaccines are doing, the cracks in the defences they provide are evident now.

The clamour for boosters, starting in over-60s and healthcare workers, will only get louder in the weeks ahead.

At this point it appears that plans for further reopening may have to be tweaked, rather than having them ripped up or new restrictions imposed, so that this wave can be kept to the proportions of a bad flu winter.