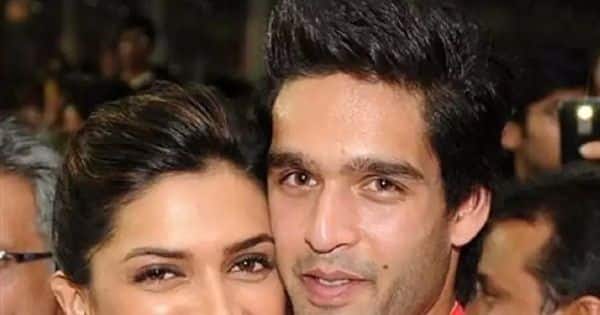 After her bitter breakup with Ranbir Kapoor, Deepika Padukone had started dating Siddharth Mallya. The two were in a relationship for nearly two years. They became the talk of the town when Siddharth had locked lips with Deepika during an IPL match. However, things didn’t turn out as expected and the two decided to part ways on a bitter note. However, a lot of things have changed over the past few years and the two have let bygones be bygones. Opening up about his struggle with mental health, Siddharth called his ex girlfriend Deepika ‘very inspiring’ for spreading awareness about the least talked about subject. Also Read – Navratri 2021: Beauty tips from Bollywood’s most gorgeous divas to keep you glowing this festive season

“I think it’s amazing the work that she and everybody else do in India. There are just not enough people who talk about mental health. The fact that people like her use their platforms to promote mental health is very inspiring, and I think that the more people we can get to talk about mental health–whether it’s writing books, celebs or just grassroots level or teachers talking about it in school to children or families talking about it–better for everyone,” Siddharth told TOI. Also Read – Trending TV News Today: Sana Makbul and Rahul Vaidya end their friendship, Ranveer Singh reveals Deepika Padukone’s reaction to him hosting The Big Picture and more

Siddharth went on to reveal that he and Deepika never opened up about their mental health issues to each other while they were dating. “For me, my journey with mental health started in 2015-16. As I have said in the book, I was really unaware of a lot of the things that I was going through before then. So mental health was not really something that we talked about; it wasn’t really a conversation I was having with anyone,” he said. Also Read – 5+ things Ranveer Singh has revealed about Deepika Padukone that prove they are a match made in heaven