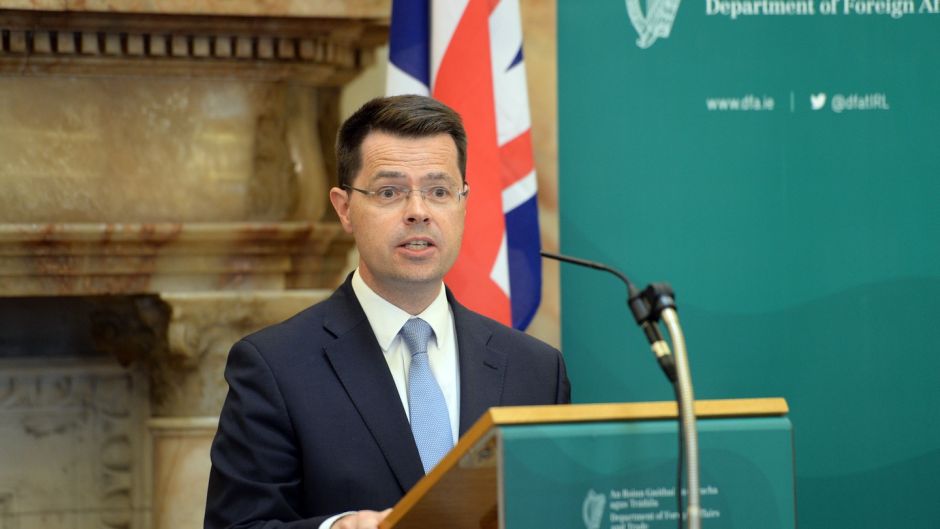 Mr Brokenshire resigned as the UK’s Home Office minister in July stating his recovery from lung cancer was “taking longer than expected”.

Mr Brokenshire was appointed Secretary of State for Northern Ireland in July 2016 and stood down from that post after he was first diagnosed with lung cancer in January 2018.

He also served as housing secretary, and was appointed as minister of state in the Home Office in February last year.

In a statement, Mr Brokenshire’s family said: “It is with deep sadness that we announce the death of James Brokenshire MP at the age of 53.

“James died peacefully at Darent Valley Hospital yesterday evening with family members by his bedside. He had been in hospital since Sunday after his condition rapidly deteriorated.

As well as being “a brilliant government minister” and “dedicated constituency MP”, the family said “most importantly, he was a loving father to his three children, a devoted husband to Cathy and a faithful friend to so many.

“We would like to thank all the NHS staff, particularly those at Guy’s & St Thomas’ in London, who cared for James with such warmth, diligence and professionalism over the past three-and-a-half years.

“We would also ask that our privacy as a family is respected at this time.”

In a letter to the British Prime Minister Boris Johnson during the summer, Mr Brokenshire said he was standing down from government to “focus on restoring my health”.

The Tory MP for Old Bexley & Sidcup thanked Mr Johnson for his support as he underwent treatment following the “frustrating recurrence of my lung cancer”.

“My recovery from treatment and return to full duties is, however, taking longer than anticipated,” he said.

“Given my responsibilities to the public, the government and to parliament, I have therefore concluded that it is best that I stand down from my ministerial role and focus on restoring my health.”

Mr Brokenshire is survived by his wife Cathrine and their three children. – Additional reporting PA