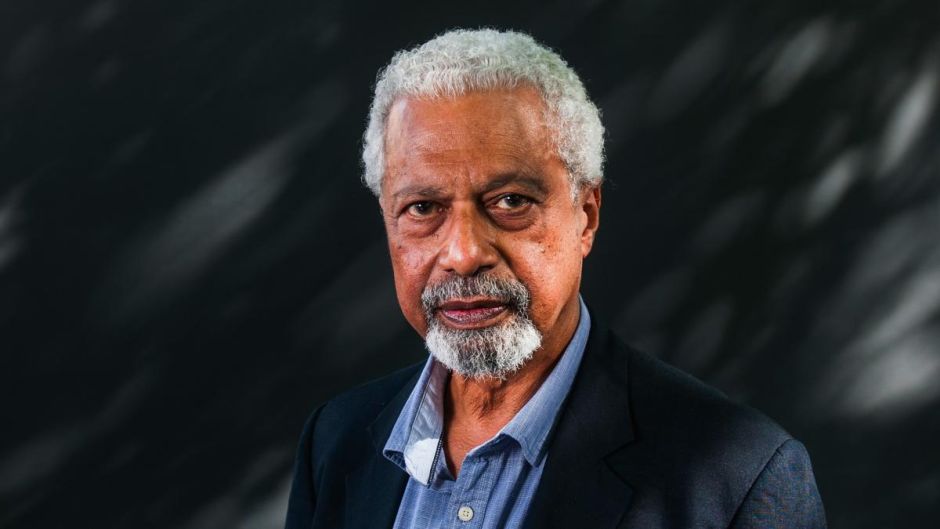 Abdulrazak Gurnah has been awarded with the Nobel Prize in Literature for 2021 “for his uncompromising and compassionate penetration of the effects of colonialism and the fate of the refugee in the gulf between cultures and continents”.

The 73-year-old Tanzanian writer  is the first African to win the award since South African JM Coetzee in 2003 and the fifth overall, after Wole Soyinka of Nigeria in 1986, Naguib Mahfouz of Egypt in 1988; and South African Nadine Gordimer in 1991.

Reviewing it in The Irish Times, Eileen Battersby wrote: “Although not as impressive as Paradise, which remains an important study of the impact of white colonialism on traditional African values, as well as a human story, Gurnah’s new book succeeds through the force of an intelligence striving for realism rather than intellectual games or easy twists.”

Gurnah grew up on the island of Zanzibar, but as a citizen of Arab origin he had to flee persecution by the regime of President Abeid Karume. He returned only to see his father, shortly before his father’s death

Gurnah was born in 1948 and grew up on the island of Zanzibar, in the Indian Ocean, but as a citizen of Arab origin he had to flee persecution by the regime of President Abeid Karume, who was in office from 1964 until 1972. He returned only in 1984 to see his father, shortly before his father’s death.

Gurnah recently retired as a professor of English and postcolonial literatures at the University of Kent in Canterbury, where he focused principally on writers such as Wole Soyinka, Ngugi wa Thiong’o and Salman Rushdie.

Gurnah has published 10 novels and a number of short stories. The theme of the refugee’s disruption runs throughout his work. He began writing as a 21-year-old in English exile, and even though Swahili was his first language, English became his literary tool. Arabic and Persian poetry, especially The Arabian Nights, was an early and significant wellspring, as were the Koran’s suras. But the English-language tradition, from Shakespeare to VS Naipaul, would especially mark his work.

Anders Olsson, chairman of the Nobel committee of the Swedish Academy, which awards the prize each year, says: “Gurnah’s dedication to truth and his aversion to simplification are striking. This can make him bleak and uncompromising, at the same time as he follows the fates of individuals with great compassion and unbending commitment. His novels recoil from stereotypical descriptions and open our gaze to a culturally diversified east Africa unfamiliar to many in other parts of the world.

An unending exploration driven by intellectual passion is present in all his books, and equally prominent now, in Afterlives, as when he began writing as a 21-year-old refugee

“In Gurnah’s literary universe, everything is shifting – memories, names, identities. This is probably because his project cannot reach completion in any definitive sense. An unending exploration driven by intellectual passion is present in all his books, and equally prominent now, in Afterlives, as when he began writing as a 21-year-old refugee.

“His writing upends the colonial perspective to highlight that of the indigenous populations. In all his work Gurnah has striven to avoid nostalgia for a more pristine, precolonial Africa. Gurnah’s writing is from his time in exile but pertains to his relationship with the place he had left, which means that memory is of vital importance for the genesis of his work.”

Gurnah’s debut novel, Memory of Departure, from 1987, is about a failed uprising in Kenya. The gifted young protagonist attempts to disengage from the social blight of the coast, hoping to be taken under the wing of a prosperous uncle in Nairobi. Instead he is humiliated and returned to his broken family, the alcoholic and violent father and a sister forced into prostitution.

Gurnah’s fourth novel, Paradise, his breakthrough as a writer, from 1994, evolved from a research trip to east Africa around 1990. The novel has obvious reference to Joseph Conrad in its portrayal of the innocent young hero Yusuf’s journey to the heart of darkness. But it is also a coming-of-age account and a sad love story in which different worlds and belief systems collide. We are given a retelling of the Koran’s story of Joseph, against the background of a violent and detailed description of the colonisation of east Africa in the late 19th century.

In a reversal of the Koran story’s optimistic ending, where Joseph is rewarded for the strength of his faith, Gurnah’s Yusuf feels forced to abandon Amina, the woman he loves, to join the German army he had previously despised. It is characteristic of Gurnah to frustrate the reader’s expectations of a happy ending, or an ending conforming to genre.

Gurnah’s latest novel, Afterlives, from 2020, takes up where Paradise ends. And, as in that work, the setting is the beginning of the 20th century, a time before the end of German colonisation of east Africa, in 1919. Hamza, a youth reminiscent of Yusuf in Paradise, is forced to go to war on the Germans’ side and becomes dependent on an officer who sexually exploits him.

Last year’s Nobel prize went to the US poet Louise Glück, who became only the 16th woman to win.

The prize has been mired in scandal in recent years. In November 2017 the Swedish Academy, which selects the winner, was caught up in sexual-abuse and financial-misconduct allegations that resulted in the conviction of Jean-Claude Arnault, husband of the academy member Katarina Frostenson, for rape in 2018. The following January Frostenson left the academy after she was found to be the source of leaks of previous winners.

The literature Nobel was postponed in 2018 in the wake of the controversy, but it found itself fiercely criticised again over its choice of Peter Handke as the winner in 2019. The Austrian author has denied Serb atrocities during the war in the former Yugoslavia; his attendance of the funeral of the war criminal Slobodan Milosevic prompted widespread condemnation of the academy’s choice.