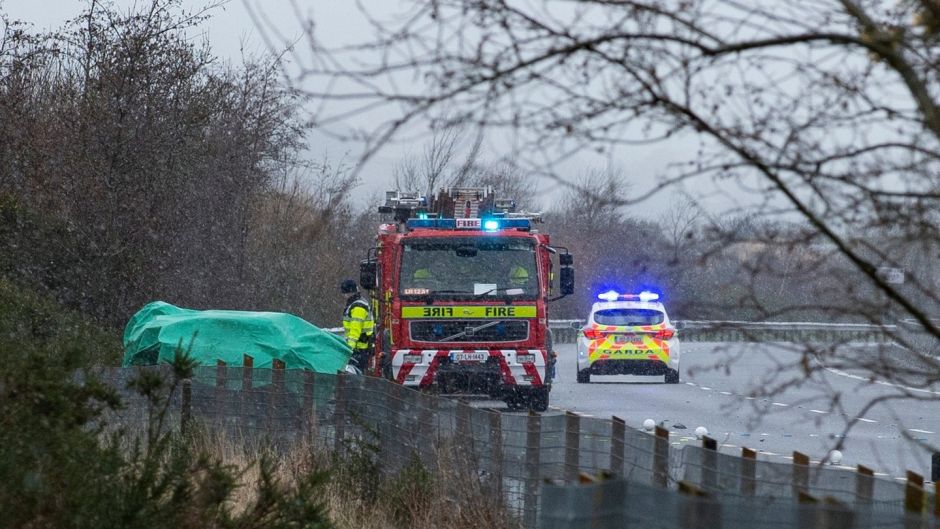 A mother and son whose car was struck from behind by a vehicle travelling at 225km/h would have died almost instantaneously, an inquest has heard.

Mary Faxton (88) and Kevin Faxton (58), from Bessbrook, Co Armagh, were travelling northwards on the N1 at Carrickarnon, Dundalk, Co Louth at the time of the incident on February 29th of last year.

They were struck from behind by a car driven by Keith Lennon, of Forest Park, Dromintee, Co Armagh. A back seat passenger travelling in his Audi, Bryan Magill (24) from Newry, Co Down, also died in the incident.

Lennon pleaded guilty to three counts of manslaughter and was jailed for nine years at Dundalk Circuit Court earlier this year, a sentence that was criticised by the Faxton family on Thursday after the inquest concluded in Dundalk.

The coroner was told that Lennon took Snapchat videos showing he was driving at 225km/h just before he drove into the Faxton’s Peugeot at around 2am. He and a front seat passenger left the crash scene.

Another man who was in the back of Lennon’s car did not cooperate with the emergency services when they were trying to ascertain how many people had been in Lennon’s Audi when it crashed, the coroner was told.

The car ended up down a roadside embankment and the front passenger window was fully open and the keys had been removed from the ignition.

The front seat passenger left the scene with Lennon and they went across fields before he was dropped home, the inquest heard. The man said he panicked when he got home and went to hospitals in Newry and Drogheda looking for Mr Magill.

Louth coroner Ronan Maguire was told that Mr Faxton would bring his mother for a drive to lift her spirits.

Pathologist Dr John Ryan said the mother and son suffered multiple injuries including transection of the aorta, a marker of a high velocity hit from behind. He said their deaths would have been “almost instantaneous”.

Dr Ryan said Mr Magill suffered head injuries including skull fractures. He said positional asphyxia must have been a contributory factor given his body ended up underneath the passenger who had not co-operated with the emergency services.

In reply to a family member, Dr Ryan confirmed Mr Magill would have died from his head injuries regardless.

The jury returned verdicts in line with the criminal court verdict of manslaughter. Mr Maguire expressed his sympathies to the families.

She said it was “far too little” and that nothing would bring her mother and brother back.

“It is what it is, there is nothing we can do,” she said.