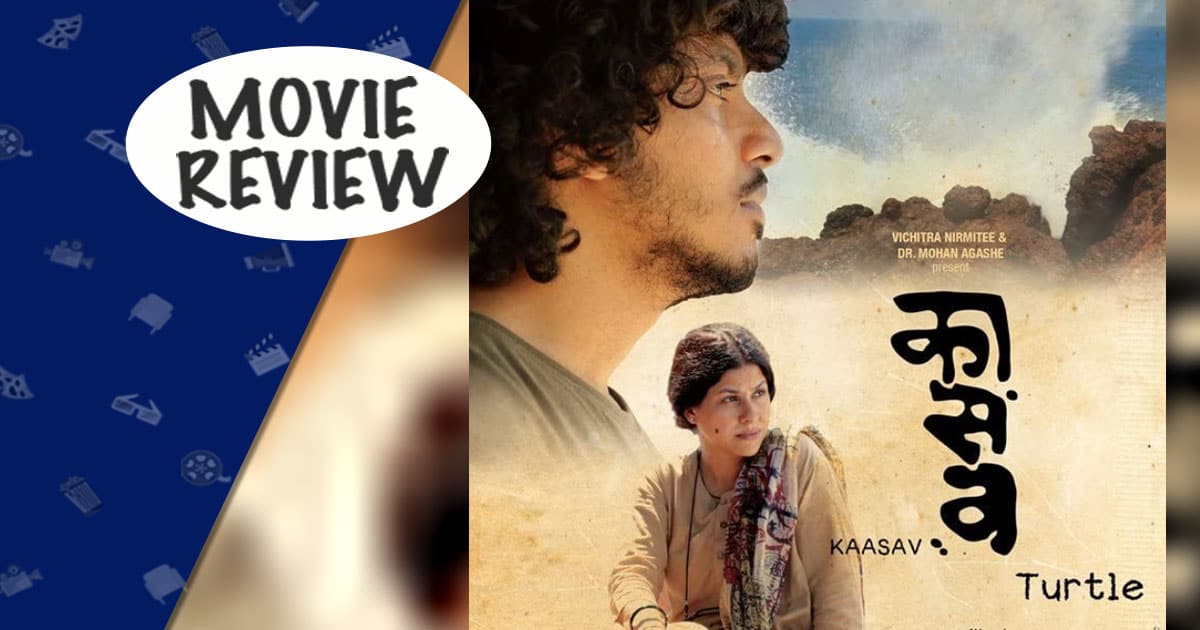 What’s Good: All of us are finding solace and refuge while seeking validation for our existence. Bhave, Sukthankar and the team tell this complex thought in the most simple and visually stunning way.

What’s Bad: That Sumitra Bhave is no longer between us and we are forever deprived of how she meditated with her cinema and made us do the same.

Watch or Not?: Watch if life has already happened to you and now you are at a place of peace, you will see yourself. If you are in the process, here’s a masterclass. Watch in any case and you must.

A ladyl, Janaki Kulkarni (Iravati) one fine day comes across a boy (Niche, Alok) on the roadside, who has suicidal tendencies and has just been through an attempt. She decides to take him home and help him heal of not just physical wounds but mental as well. Two humans finding solace in each other while healing themselves and ultimately set out to battle their own demons is how the story unfolds.

If you have witnessed even a single Sumitra Bhave and Sunil Sukthankar movie before this, their superpower is ‘Meditation In Cinema’. A genre I enjoy the most. It isn’t always the words that convey their message, but the silences speak louder. The duo even use clouds to their convenience and makes them tell their stories.

Such is the brilliance that has been carried forward in Kaasav, that is metaphoric yet practical and one of the most soothing narratives about the current times. The base line is about people finding solace and motivation to live. In her writing, late Bhave shapes a woman who isn’t the ideal mother or the epitome of honesty and resilience. Rather she is afraid, and broken from inside. She is mending and while in the process finds another completely broken partner.

Kaasav is about two halves coming together to become one. Together they heal. The name highly metaphoric talks about the breading process of Turtles. They lay eggs on shores creating a safe environment for their to be born children and head back to the ocean. Their children then have to find their way in their world but they don’t really meet their mother ever and that is how their ecosystem functions. The story of Kaasav resembles to the same. A woman takes a stranger child under her shell and nurtures him to fight the world someday.

Bhave in her screenplay writes the movie in layers. It is not from the perspective of either of her two main leads. Both are equally unknown to us until the open up to each other and tell their stories. It is then that we understand their motive to be self-destructive and how the cure also exists in them too.

Kaasav is a simple tale that takes inspiration from nature. It talks about the self-healing process in the most commonly understood language and is a masterclass. Wait for everytime the writing makes sure to remind you that these are flawed humans. Though modern, but still very highly flawed. They hide secrets, are prey to bad habits, but that does not define them. They are bigger than their shortcomings and the 105 minutes are a journey to that realisation.

There is no way Kaasav could have worked without the actors who act like they really exist in this story. The way they are sound with their surroundings and become one with it is the power. Irawati and Alok are playing some sort of game where they enhance each other’s work whenever together on screen. As Janaki, Irawati has tough shoes to fill. She is a woman who is herself fighting trauma but has to become the anchor for another trauma struck individual.

Amol Rajwade, an immensely talented theatre artist and an equally beautiful singer is why Irawati’s performance shines. His initial resistance to final surrender is a journey and not just a montage, but a complete process and one that involves you. Rajwade’s nuanced performance comes out glorious.

Mohan Agashe becomes a beautiful storyteller of sorts. He highlights when important and brings in a beautiful vibe. He is also a producer. Kishore Kadam is an effortless actor and camouflages himself completely. Watch out his transition. Omkar Ghadi as a little Parshu is a the most adorable node of the film. Symbolically even he is finding a home and a umbrella to heal. Watch to know who becomes his refuge.

No words can describe the master storytellers Sumitra Bhave and Sunil Sukthankar are. Every aspect of their filmmaking has a unique story to tell and they sit together beautifully to become one. The drama is at its peak, but everything is subtle. Even the outburst are surprising but calculated.

The nature, its glory and the healing lesson is what the camera tells through multiple wide shots. The ocean as a leitmotif in their process works strongly. There is a sense of satisfaction with every frame. Seems like this was the best they were expecting, this making us happy. Cinematographers Dhananjay Kulkarni and Amol Salunke let their cameras go wild and capture everything in their raw form.

Handheld shots following actors. Camera moving between locals and waves crashing the lens gives it a documentary vibe. As if someone’s real life is being captured.

Music by Saket Kanetkar is to the point and soothing. Also, no one ever informed me how amazing a singer Rajwade is. When he joins Janaki along, it is a treat.

Kaasav is a result of a lot of heart and empathy towards humans who battle their minds. Sumitra, Sunil and their team know what it means to be homeless metaphorically and they aim to help many find it through this movie. We miss you legend!

Share with us your experience of watching Kaasav (Turtle).

Must Read: Ankahi Kahaniya Movie Review: There’s A Moment Between Letting Go & Attaining Closure, This Has Three Of Them!