On Wednesday, NCP leader Nawab Malik alleged that the Narcotics Control Bureau (NCB) used the services of two private persons, one with links with the BJP and the other with a past criminal record, while carrying out the arrest of Shah Rukh Khan’s son Aryan Khan and others in connection with the cruise drug raid. The NCB has claimed the duo were independent witnesses/panchas who accompanied them on the raid. A look at who are these panchas and to what extent can they participate in the police raid.

Who are panchas and what is a panchnama?

Traditionally, panchas were five persons who acted as witnesses during police raids. Currently, however, there are two persons who are “respectable inhabitants of society” meant to be independent witnesses who should be present with the police during search and seizure. The two act as witnesses to corroborate in writing down things that are seized from the scene of crime.

The document so prepared, where the witnesses or panchas affirm the things found by the police from the spot by signing it, is called a panchnama. Panchnama is used during the trial to support the evidence provided by the prosecution and confirm the authenticity of the seizure. There are various forms of panchnama, like spot panchnama to inquest panchnama, and in addition to criminal cases, panchnamas are also used in civil cases. 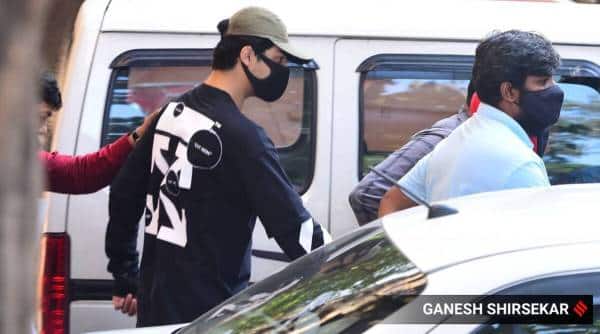 Are there any guidelines about who can be a panch witness?

According to Section 100 (4) of the Code of Criminal Procedure Act, “The officer.. shall call upon two or more independent and respectable inhabitants of the locality in which the place to be searched is situated or of any other locality if no such inhabitant of the said locality is available or is willing to be a witness to the search…” In the current case, one of the panch witnesses has an FIR registered against him. However, NCB justified it saying they were not aware about the background of the panch witness.

Can panch witnesses take part in police procedures like taking custody of accused?

Can a police informer act as a witness?

What is the unusual practice followed by policemen when it comes to panch witnesses?

Generally, the guidelines for panch witnesses are not followed in entirety in most police raids and in several cases the panch witness is someone known to the police – at times even an informer who has provided the tip-off. An official said that at times it is difficult to get independent witnesses during ongoing operations and hence they take people known to them as witnesses. He added that in most cases, people would not be willing to be panch witnesses as they do not want to get embroiled in a police case. These issues usually crop up during the trial phase and not when arrests are made, as at that point the identity of the panch witnesses are not known to anyone. In this case, because of the photograph taken by one of the witnesses and the video of the other, their identities were revealed. The official, however, added they do not allow panch witnesses to take custody of the accused as it is done by policemen.

While the Code of Criminal Procedure does not exactly specify who should be a witness, are there any other rules formulated by states?

In Gujarat last year, the Home Department issued a Government Resolution stating that only government employees can be used as panch witnesses in cases related to narcotics so that they do not go hostile later. A similar effort was made in Mumbai a few years ago, but teachers in government schools had opposed it alleging it interfered with their work as they were called during work hours to be panchas during raids.

Have any such controversies related to panch witnesses taken place in the past?

In several cases during trials, the defence lawyer has proved that a particular panch witness is a “habitual witness”, following which their evidence is not taken on record by the court. In 2014, during the trial of the rape and murder of a woman in Pune, the defence argued that the same “panch witness” was used in nearly 5,000 cases by the police. A habitual witness means that a person has been used as a witness by the police in several cases, indicating that the person is known to the police. As per law, the witness has to be an independent person not known to the investigating agency so that his testimony is considered fair and neutral. If it is proved he/she is known to the police, there are doubts raised on the credibility.