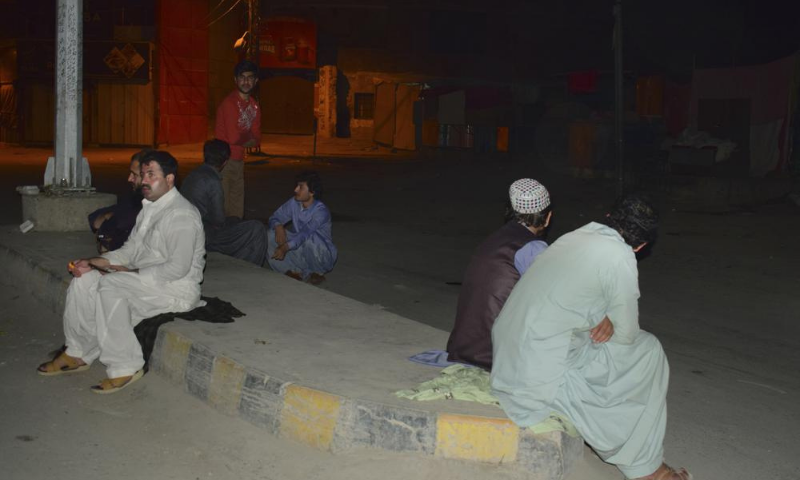 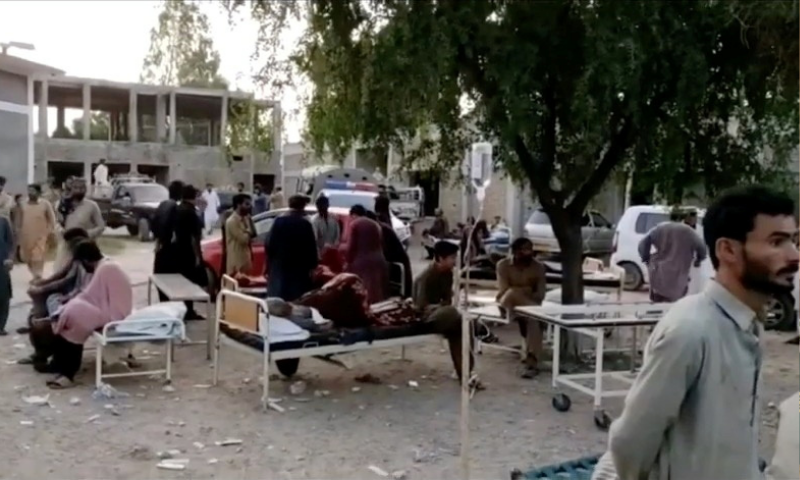 An earthquake of magnitude 5.9 struck parts of Balochistan early on Thursday morning, killing at least 20 people and injuring over 300 others, the Provincial Disaster Management Authority (PDMA) said.

According to the National Seismic Monitoring Centre, the earthquake was centred near the province’s Harnai district and had a depth of 15 kilometres.

It further said the “exact damage” has not yet been confirmed.

The death toll was also confirmed by Deputy Commissioner of Harnai District Sohail Anwar Hashmi. He said six children were also among the deceased.

The injured, which include women and children, have been shifted to the District Headquarters Hospital in Harnai, he said.

“Blood, ambulances, emergency assistance, [helicopters] and rest all things are placed … All departments are working on it,” he tweeted.

Speaking to Geo News, PDMA Director General Naseer Ahmed Nasir said there had been some landsliding in mountainous areas. He added that houses within a 15km radius of Harnai had been destroyed and rescue teams were busy in relief efforts.

The official said that government buildings had been damaged as well.

Separately, Home Minister Mir Ziaullah Langove said five to six districts were affected on a “major scale” and data was still being collected.

He said the highest number of deaths and injuries had been reported in Harnai, adding that critical patients would be shifted to Quetta immediately.

“They are our people, the state’s resources are for them. People won’t be left helpless. Those who have suffered a loss will be compensated,” the minister said while speaking to Geo News.

In August, an earthquake of 3.1 magnitude had jolted Karachi. The tremors spread panic among locals, however, no casualties or damage was reported.

In June last year, an earthquake of 5.7 magnitude was recorded in several areas of KP, including the provincial capital Peshawar. Prior to that, another quake measuring 6.4 on the Richter scale had struck the northern areas of the country as well as Afghanistan. No significant loss to life and property was reported in either incident.

In September 2019, however, an earthquake had struck several areas of southern Azad Jammu and Kashmir, claiming the lives of 38 people and leaving hundreds of others injured.

This is a developing story that is being updated as the situation evolves. Initial reports in the media can sometimes be inaccurate. We will strive to ensure timeliness and accuracy by relying on credible sources such as concerned, qualified authorities and our staff reporters.