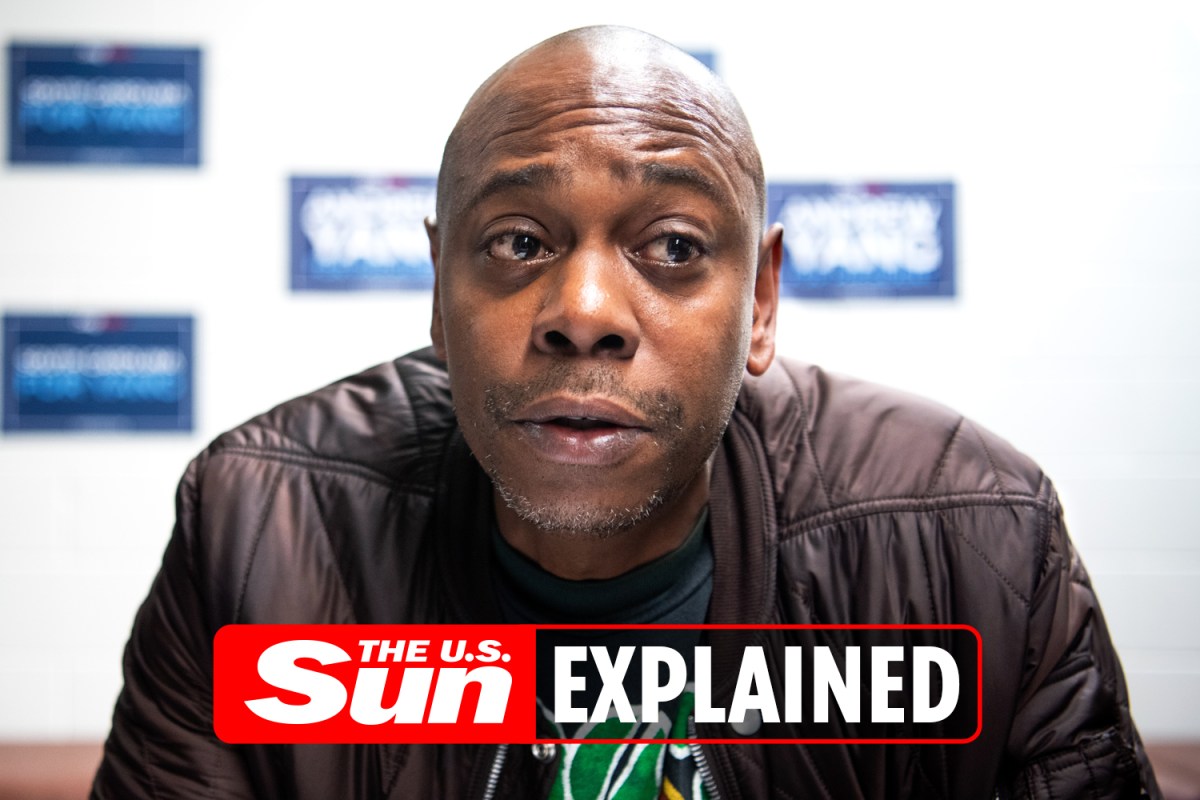 COMEDIAN Dave Chappelle has a new special out on Netflix, which means he’s back in the headlines for homophobic and transphobic comments.

The 48-year-old comic insisted to viewers that he was not “punching down” when talking about gay and transgender people, but also joked that DaBaby “punched the LGBTQ community right in the AIDS” with his comments earlier this year.

What did Dave Chappelle say about DaBaby?

Chappelle joked that he wanted to “negotiate the release of DaBaby” with the LGBTQ community.

He also pointed out that DaBaby shot and killed a man in 2018, claiming self-defense, but that action was not taken as seriously as his homophobic comments.

“Nothing bad happened to his career” after that incident, the comedian continued.

“Do you see where I’m going with this?” Chappelle asked.

In America, he said, shooting a man to death is fine, but “you better not hurt a gay person’s feelings.”

What else did Dave Chappelle say in the special?

At the end of his special, Chappelle insisted he won’t be making any more LGBTQ jokes going forward, but he made sure to get some final punchlines in.

In his hour-long special, he said he is “team TERF” – the term for trans-exclusionary radical feminist.

TERF refers to people who describe themselves as feminists but who exclude the rights of transgender people from women’s rights.

He spoke explicitly about transgender women’s genitals, making a comparison to vegan “meat.”

Dave then recalled a disturbing incident where he supposedly beat up a lesbian woman, claiming the woman later tried to sell the story to TMZ.

Dave said he’ll be leaving off the LGBTQ jokes “until we are both sure that we are laughing together.

He talked about Daphne Dorman, a white transgender woman who supported his jokes and who Dave became friends with before she died by suicide in 2019.

Why was DaBaby criticized and dropped from lineups?

DaBaby was widely criticized for the homophobic screed that resulted in the artist being dropped from his performances at Lollapalooza, the 2021 Governors Ball, and a benefit concert for the Working Families Party.

During his set at the Florida-based Rolling Loud festival, DaBaby said, “If you didn’t show up today with HIV, AIDS, any of them deadly sexually transmitted diseases that’ll make you die in two, three weeks, then put your cellphone light up.”

He continued, saying, “Fellas, if you ain’t sucking d**k in the parking lot put your cellphone light up. Keep it real.”

The rapper has since been dragged for stigmatizing HIV and AIDS, and for the bigoted nature of his speech.

Following backlash and canceled appearances, DaBaby issued an apology for his comments in August.

However, it appeared that the DaBaby deleted his Instagram apology just six days after he put up the post.