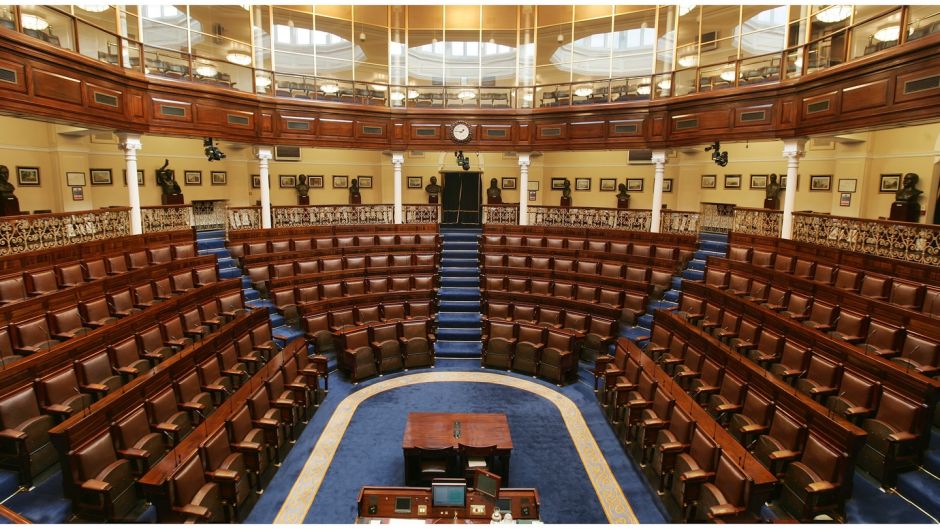 Ceann Comhairle Sean O Fearghaíl called on TDs not to turn the Dáil into “Ballymagash” after a row over photographs being taken in the chamber.

Photography in the chamber is banned and he said they were taking pictures of the electronic voting board.

Mr Kehoe asked “what are the procedures around deputies taking photographs in the chamber of the voting”.

The Wexford TD called for “action to be taken” and their phones to be confiscated.

The Ceann Comhairle said “it’s a well established fact that neither phones nor photographs should be taken or used in the chamber”.

Mr Gould then intervened and said “I’ve no problem with people knowing the way I voted.

“If the member is so worried about phones, he should talk to his leader the Tánaiste and everyone else who’re on their phone here every day of the week.”

Mr O Fearghaíl then appealed,above the heckling “Please members do not turn the chamber into a Ballymagash”, a reference to a raucous parish pump council in the 1970s satirical news programme Hall’s Pictorial Weekly.

TDs were voting on the Government motion to extend the legal framework allowing indoor hospitality restrictions to be retained until January in case there was a deterioration.