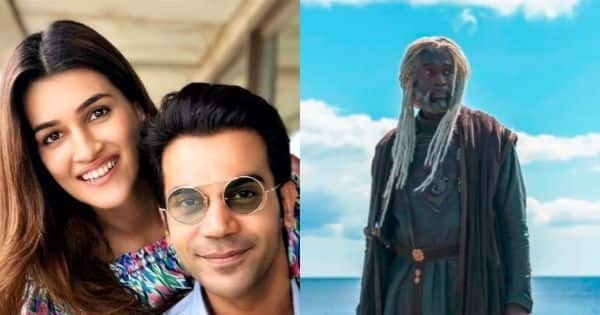 As the day is about to end, we are here with our trending OTT news today. Rajkummar Rao, Kriti Sanon, Dhananjay, Sanjay Mishra, Nandamuri Balakrishna and others are a part of our trending OTT newsmakers. Also Read – Bhairava Geetha trailer: The unusual love story of a henchman looks intense, raw and intriguing – watch video

The first teaser of Rajkummar Rao and Kriti Sanon starrer film has been released by its makers. The 50-second clip reveals the film’s main plot which is about adopting parents. The film also stars Paresh Rawal and Ratna Pathak Shah and is directed by Abhishek Jain.

House of the Dragon teaser gives GOT feels

HBO Max has released the teaser of House of the Dragons, the Game of Thrones spin-off web series, which serves as a prequel to GoT. based on author George R.R. Martin’s book, Fire & Blood, the show revolves around the history of the Targaryen family and the Targaryen civil know that came to be known as the ‘Dance of the Dragons’, and is supposedly set two centuries before the event of Game of Thrones.

Read the full story here: House of the Dragon teaser gives GOT feels