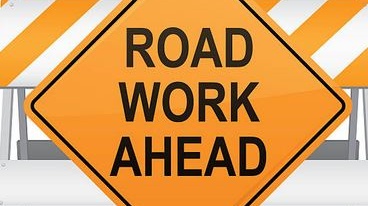 A number of Fianna Fáil and Fine Gael Oireachtas members have expressed concern that the influence of the Green Party will result in road projects in the new National Development Plan (NDP) never being completed.

Galway West TD Eamon Ó Cuív said he would be seeking an “urgent review” of the transport provisions in the plan for the west.

He was one of several TDs and Senators who expressed disappointment at the tenor of interviews given by Minister for Transport Eamon Ryan in which he said that some of the road projects listed in the NDP would never be completed.

A total of €35 billion of the overall budget of €165 million of the 10-year plan is being ring-fenced for transport. However, under an agreement reached between the three Coalition parties in the programme for government there will be a two-to-one ratio favouring public transport over roads.

Mr Ó Cuív said that the west of Ireland – through wind power – contributed 10 times as much renewable energy per person as Dublin did, and also argued the development of electric and hydrogen-powered vehicles over the next decade would make roads carbon-friendly.

The Fianna Fáil TD was one of several TDs and Senators from the west who expressed disappointed that the Western Rail Corridor project – it proposes to reopen the line between Athenry, Co Galway, and Claremorris, Co Mayo – has been made subject to yet another review in the plan. “It’s kicking the can down the road for the umpeenth time,” said one.

Senator Sean Kyne (Fine Gael) said it would be a shame to see the railway line being lost to a greenway.

Mr Kyne said the Greens in general were against new roads, and TDs knew that and understood that. However, he believed the ring road around Galway city, including a new bridge, would go ahead once planning was resolved, notwithstanding mixed messages coming from Green colleagues.

“It’s part of an integrated transport package, and will reduce congestion, reduce carbon and free up space in the city for public transport.”

Overall there was a general welcome for the plan among Government TDs, particularly in Dublin.

While all the projects from the 2018 NDP have been included in this plan, the status of many is uncertain.

Tipperary Fianna Fáil TD Jackie Cahill said he was glad to see the N24 from Limerick Junction to Waterford included in the plan, as well as the Tipperary town bypass.

However, he added: “I was very disappointed with Eamon Ryan’s comments that roads were not a priority. For a Minister to put question marks over delivery of projects was regretful to say the least.”

Fine Gael TD for Mayo Michael Ring said he was very disappointed with the plan, which had no real infrastructure projects for the West.

“If Eamon Ryan was minister when I was there, the only bypass we would have would be of the people.”

Like his Mayo constituency colleague, Dara Calleary (Fianna Fáil) said the Western Rail Corridor project had been long-fingered again. “It has been reviewed to within an inch of its life. An independent review carried out by (retired TCD academic) John Bradley concluded this year there was a strong case for it to proceed.”

He also said he was disappointed at the low level of priority given to the N26 that connects Ballina and the N5. “It’s the last road in the whole region that has yet to be done.”

Among Cork and Limerick TDs, there was optimism that the M20 would be completed as a motorway, not as a national route.

Limerick TD Kieran O’Donnell (Fine Gael), who has been a strong proponent, said he believed it would go ahead at motorway grade.