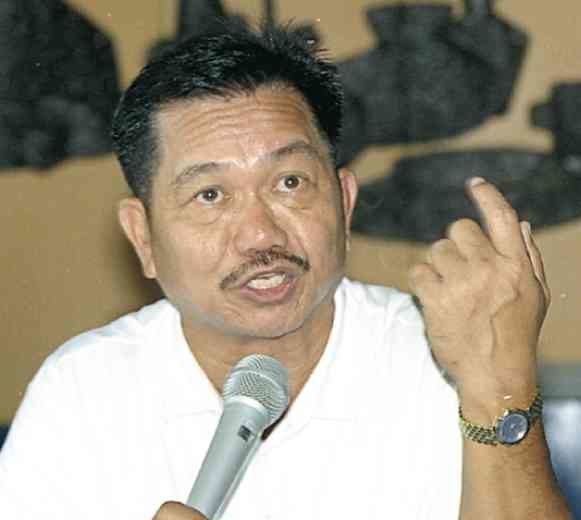 DAVAO CITY—Former agriculture secretary Emmanuel Piñol, a longtime ally of President Duterte, said on late Tuesday that he decided to quit the Partido Demokratiko Pilipino–Lakas ng Bayan (PDP-Laban; Cusi wing) and run for senator because of the “flawed agriculture policies” of the Duterte administration.

In a television interview on the ABS-CBN News Channel, Piñol said one of the reasons why he resigned as agriculture secretary was because of the rice tariffication law, which, he said, was twisted beyond the country’s original commitments to favor local distributors and importers.

“The commitment of the Philippine government [to the World Trade Organization] was only to allow rice to be imported into our market,” he told Christian Esguerra, host the ANC program “After the Fact.”

“We never committed to flood the market to the detriment of our farmers,” he said. “That was never part of the commitment.”

“Flooding the market with imported rice favors traders and local importers. They make big money out of it. Why buy from local farmers when you can generate huge profit from trading imported rice?” he added.

He said the President was well aware, even before 2019, of his objections to the policies that has caused great grief not only to rice farmers, but also to hog raisers, corn farmers, coconut planters and marginalized fisherfolk.

In deference to his longtime friendship with the President, Piñol said he took the job of Mindanao Development Authority (MinDA) chair and even served as national executive committee member of the PDP-Laban.

“I actually had no plan to run,” he said. “Until the situation developed where the government seemed not to listen anymore to the official recommendations made by [the MinDa].”

“Given this situation where the national government doesn’t listen to its own agencies anymore … there has to be somebody to stand up and articulate this position adopted by people in the countryside,” he added.

He submitted his resignation from the MinDa and the PDP-Laban on Monday and rejoined the Nationalist People’s Coalition, chaired by Senate President Vicente Sotto III, who will be the running as vice president of Sen. Panfilo Lacson.

Piñol said he had no ill feelings against Mr. Duterte, but he lamented that the Chief Executive was misled by his economic managers into agreeing to “neoliberal policies” that proved bad for the agricultural sector.