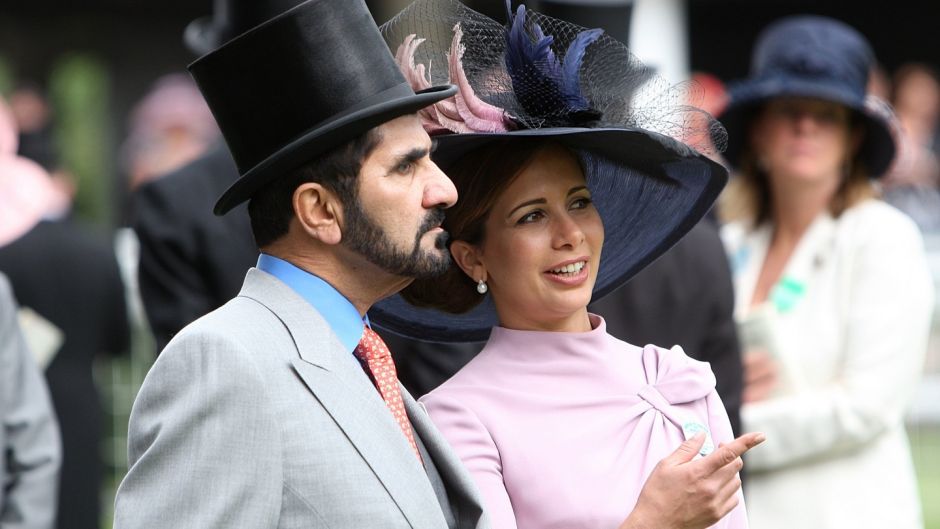 Sheikh Mohammed bin Rashid al-Maktoum, the billionaire ruler of Dubai, targeted the phone of his estranged wife Princess Haya with a military-grade spyware tool during a court battle over their two children, a London high court judge has found.

Sheikh Mohammed, who has extensive equestrian interests in Ireland including the 1,500 acre Kildangan stud in Kildare, a number of other farms and the Godolphin racing opertion, permitted his “servants or agents” to use an Israeli manufactured and commercially sold covert surveillance weapon called Pegasus to target the phones of Princess Haya and her divorce lawyer Baroness Fiona Shackleton, according to a high court ruling.

Pegasus spyware, the military-grade software licensed by the Israeli company NSO Group, is supposed to be deployed by sovereign states only to prevent terrorism and serious crime, according to the company, and is sold only with approval of the Israeli government. It is licensed to the United Arab Emirates.

But rights groups such as Amnesty International and the Citizen Lab have traced the spyware to the smartphones of dozens of journalists, politicians and human rights activists across the world.

The high court ruling that the spyware was misused to snoop on Princess Haya during a court case about the welfare of their two children is highly embarrassing for Sheikh Mohammed, the vice-president and prime minister of the United Arab Emirates. The case is still ongoing and has been largely ignored by UAE media.

Over the past quarter of a century Sheikh Mohammed has overseen the development of Dubai into the region’s dominant trade, finance and tourism hub. His Godolphin stable is a dominant force in horseracing and Sheikh Mohammed has been a regular fixture alongside Queen Elizabeth in the royal box at Ascot, one of Britain’s most prestigious sporting events.

Sir Andrew McFarlane, president of the London high court’s family division, concluded in a fact-finding ruling, which can now be reported for the first time, that “it is more probable than not” that the phone hacking “was carried out by servants or agents of the father, the Emirate of Dubai or the UAE and that the surveillance occurred with the express or implied authority of the father”.

Sheikh Mohammed “is the probable originator of the hacking” and he is “prepared to use the arm of the State to achieve what he regards as right”, the judge concluded, adding that the royal had “harassed and intimidated” Princess Haya, who is a half-sister of Jordan’s King Abdullah, even after she fled to England with her two children in 2019.

The high court noted that Sheikh Mohammed filed no evidence in response to the allegations and he did not confirm or deny that the UAE has or had any contract with NSO for the Pegasus system. His legal team also chose to “float various suggestions” including that other states such as Jordan were responsible for the hacking, according to the ruling.

The case has been heard in private but a number of judgments have now been made public.

In a statement issued on Wednesday, Sheikh Mohammed said the court’s findings were based on an incomplete picture.

“I have always denied the allegations made against me and I continue to do so. These matters concern supposed operations of state security. As a head of government involved in private family proceedings, it was not appropriate for me to provide evidence on such sensitive matters either personally or via my advisers in a foreign court.” he said.

Sir Andrew noted in his ruling that Baroness Shackleton, Princess Haya’s divorce solicitor, was first tipped off about the phone hacking on August 5th 2020 by two separate lawyers – one of whom was Cherie Blair QC, a barrister and the wife of former British prime minister Tony Blair.

Mr Blair, who advises NSO on human rights issues, had alerted Baroness Shackleton, previously divorce lawyer for Prince Charles and Paul McCartney, about the phone hacking after receiving a call from a senior NSO manager.

Mr Blair, who gave a witness statement to the fact-finding hearing, testified that NSO was “very concerned” and “it had come to the attention of NSO that their software may have been misused” to monitor the mobile phones of Baroness Shackleton and Princess Haya, according to the ruling.

Mr Blair was never told about the identity of the NSO customer suspected of carrying out surveillance but testified: “I recall asking whether their client was the ‘big state’ or the ‘little state’. The NSO senior manager clarified that it was the ‘little state’, which I took to be the state of Dubai,” according to the judgment.

The emirate of Dubai is one of seven members of the United Arab Emirates, the capital of which is oil-rich Abu Dhabi. Dubai retains significant autonomy within the federation, including its own security service.

In a December 2020 letter to the court, the NSO said it could not disclose its clients but its investigation into the phone hacking recommended that “the contract with the customer should be terminated”, according to the ruling.

In his fact-finding judgment, Sir Andrew concluded there had been hacking or attempted infiltration by Pegasus of six phones and in the case of Princess Haya’s phone “a very substantial amount of data” had been “covertly extracted”.

Pegasus is designed to mirror a phone’s contents surreptitiously, thus defeating the encryption of apps such as WhatsApp or Signal, and can turn on cameras and microphones to record conversations and track the location of the device.

A previous high court ruling in 2020 found that Sheikh Mohammed “ordered and orchestrated” the abduction of two of his daughters: Sheikha Shamsa from the UK in 2000 and Sheikha Latifa who tried to flee Dubai by yacht two years ago, but was returned to the UAE after the boat was boarded by Indian commandos. – Copyright The Financial Times Limited 2021