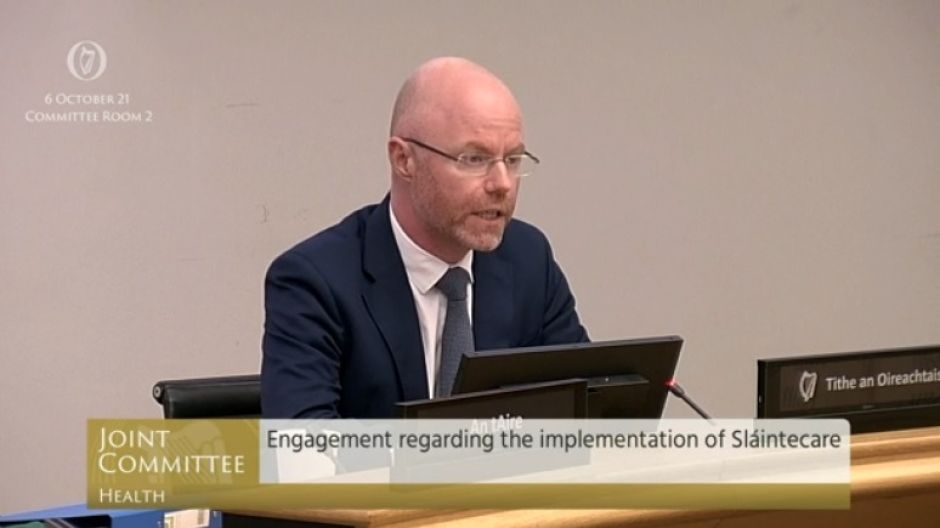 A new programme board for Sláintecare is to be put in place, co-chaired by the most senior civil servant in the Department of Health and the HSE chief executive.

Minister for Health Stephen Donnelly told the Oireachtas Health Committee that the board, Robert Watt and Paul Reid will “ensure that the drive for universal healthcare is fully embedded in both the Department of Health and HSE”.

He is also setting up a new taskforce to take on waiting lists, modelling on the vaccine taskforce, he told the committee.

He told the committee that 109 of 112 “deliverables” were on track under the implementation plan for Sláintecare. However, the three areas with “significant challenge” are among the most important in the project – eHealth, waiting lists and regional health areas.

On the controversial re-organisation of the HSE into Regional Health Areas, he told the committee that “policy options have been drafted” and consultation has been undertaken, with more planned in the coming weeks.

“I am establishing an advisory group on this. We must ensure we arrive at a structure that is respected by those working in our health service.”

He said that tackling waiting lists is his “number one priority”.

“They were terrible before Covid and have worsened since. People are living in pain. The long waits that many of our citizens face in order to access care are causing immense distress.”

“Our public health system is not where we need it to be when it comes to eHealth. Our healthcare workers are often working on old, antiquated systems but significant progress was made despite the pandemic. Significant additional work is required in this area,” he said.

The Minister said that access to quality healthcare is an ongoing issue: “The reality in Ireland is that it can be hard to access parts of the public health system,” he said, adding that funding has been allocated to clinical strategies, one of the main routes by which patients access care.

“Action on these has undoubtedly been severely hampered by the pandemic and the cyber-attack, as was clearly stated in the report produced by the Sláintecare Office,” he said.

Mr Donnelly told the committee that he regrets the resignations of Sláintecare Executive Director Laura Magahy, Professor Tom Keane and other members of the Sláintecare Implementation Advisory Council.

“I regret their resignations and I want to pay tribute to their determination to implement the vision of a universal single-tier health and social care system.” He told the committee of his “absolute and unwavering” commitment to universal healthcare.

“Universal healthcare has never been achieved in Ireland and we are still far from it today. Changing that, making universal healthcare a reality, is one of the defining projects of our time,” he said, adding that timely and affordable access to high-quality care for everyone is the goal.

He cited investment of over €1.2 billion in budget 2021 as allowing increases in capacity, including the addition of 850 permanent beds to the hospital system – which he said is the equivalent of two medium sized hospitals.

Mr Donnelly said homecare waiting lists have been reduced while progress has been made in implementing a new system focused on advanced nurse practitioners.