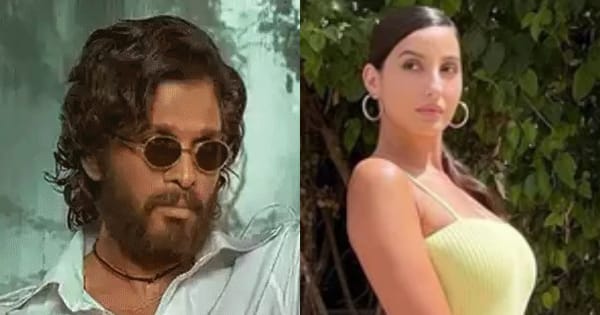 Allu Arjun‘s film Pushpa Part 1 is among the highly anticipated films ever. The film helmed by Sukumar is creating a lot of noise thanks to its posters, music and more. Now, there is excitement around an item number that is going to be a part of the film. It is being reported that the makers approached many ladies like Disha Patani, Pooja Hegde and others for the same but they rejected the offer. Now, makers seem to have approached Nora Fatehi. Also Read – Is Mission Majnu actress Rashmika Mandanna the richest lady who belives in investing money in properties?

Nora Fatehi is extremely famous in Bollywood thanks to her item numbers. Her sexy moves always manage to get attention from all. And in order to tap the Hindi market, makers feel Nora Fatehi is a perfect fit for the item number. But it is the remuneration that she has asked for that has left the makers pretty shocked. It is being reported that she has asked for Rs 2 crore for the song. Earlier, when she had done an item number in Jr NTR and Puri Jagan’s Temper she had reportedly charged Rs 4 lakh. It was her first item number in the South industry. But since then, her popularity has just increased by several folds. Also Read – Allu Arjun pays a surprise visit on the sets of F3; Venkatesh, Tamannaah Bhatia, Varun Tej and others shoot a fun sequence – view pics

Reportedly, makers are yet to take a call on whether to get Nora Fatehi on board or not. But if they do, it would be pretty interesting and exciting to see Allu Arjun and Nora Fatehi in the same frame. Allu Arjun too is a fabulous dancer. Also Read – Check out the new release dates of RRR, KGF 2, Pushpa, Valimai, Radhe Shyam and 5 more South biggies – view pics