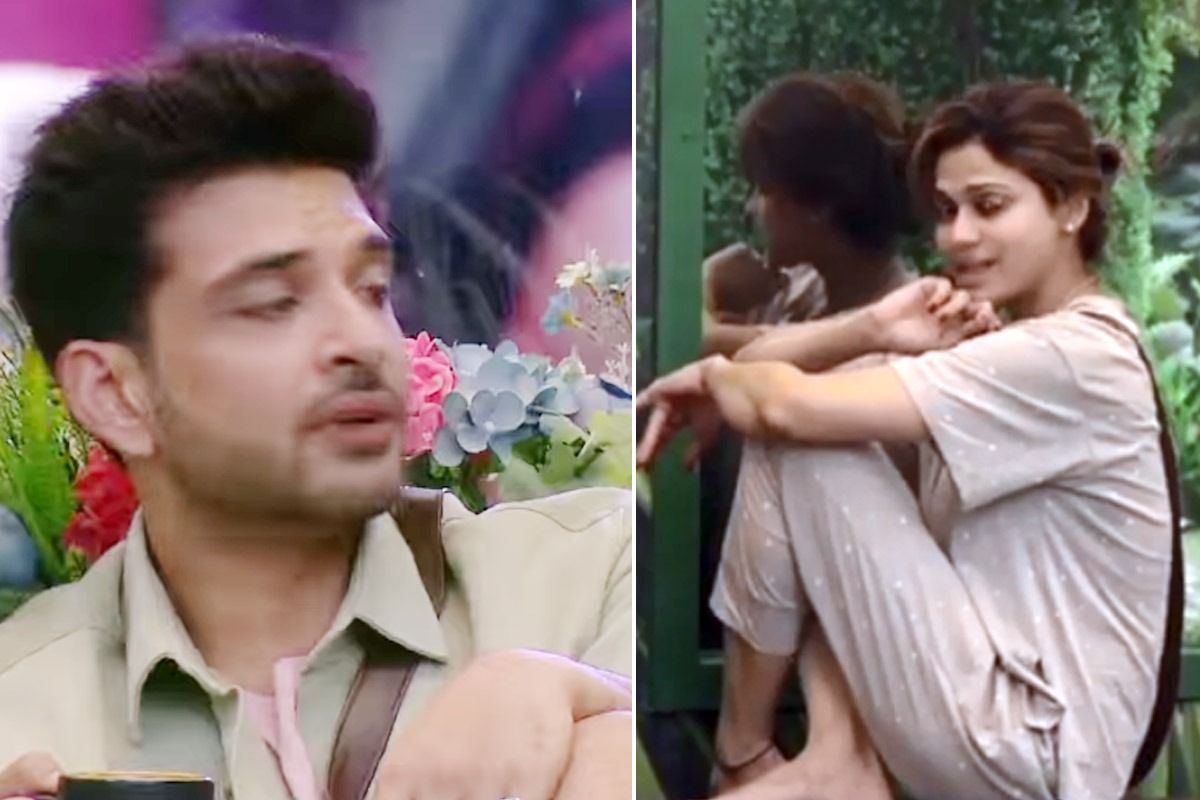 Bigg Boss 15 latest news: Seems like Bigg Boss 15 has become synonymous with sexism, violence, discrimination, and age-shaming. In the latest episode of the show, popular TV actor Karan Kundrra age-shamed fellow contestant Shamita Shetty after an argument during a task. This irked many people on social media including actor Kashmera Shah and Shamita’s mom Sunanda Shetty who went on to request host Salman Khan to reprimand people for making such remarks in the show.Also Read – Bigg Boss 15: Bigg Boss Punishes Pratik For Destroying House Property By Nominating All 13 Jungle Praanis

Addressing Shamita as ‘aunty’, Karan said ‘vo aunty ko samjha dena’ after assuming that she called him and a few others ‘classless’. It was not Shamita but Nishant Bhatt who called a few contestants ‘classless’ but he didn’t clarify this to Karan and let him go furious over Shamita. Interestingly, many social media users pointed out how Karan was in a relationship with Anusha Dandekar who was a few years older than him. The actor himself is 37 while Shamita is 42. Also Read – Bigg Boss 15: Jay Bhanushali Calls Pratik Sehajpal ‘Tommy’ After He Loses His Cool, Says ‘Collar Pakda, Game Over’

Addressing the same on Twitter, Kashmera wrote, “Though I like his advice #karankundra I wish he had not called @ShamitaShetty aunty. What”s this age bashing happening all over again. “Aunty” is much younger than many in spirit and fire and rationality and may actually lift the #bb15 trophy this year.
@ColorsTV @ShamitaShetty (sic)” Also Read – Bigg Boss 15: Karan Kundrra Ready to Live With Anusha Dandekar Again if She Enters as a Wild Card Entry

Though I like his advice #karankundra I wish he had not called @ShamitaShetty aunty. What”s this age bashing happening all over again. “Aunty” is much younger than many in spirit and fire and rationality and may actually lift the #bb15 trophy this year. @ColorsTV @ShamitaShetty pic.twitter.com/B5sza7q1bl

Shamita’s mom also spoke against Karan’s remark and wrote on Instagram, “Which angle does Shamita look like aunty to Karan Kundra?? AGE SHAMING & physical attacks NOT ACCEPTABLE & must be curbed with sm punitive measure… @beingsalmankhan (sic)”

watch the video.Shamita didn’t say “CLASSLESS,” it was Nishant who uttered it.
Everything that happened between Shamita and Karan is included here. #KaranKundrra age shamed her and and also abused her. #karan was wrong yesterday.#ShamitaShetty pic.twitter.com/13aKTqvZNl

Meanwhile, all the ‘junglewasis’ are nominated for elimination this week after a fight broke between Jay Bhanushali and Pratik Sehajpal leading the latter to damage the house property. Watch out this space for all the latest updates on Bigg Boss 15!