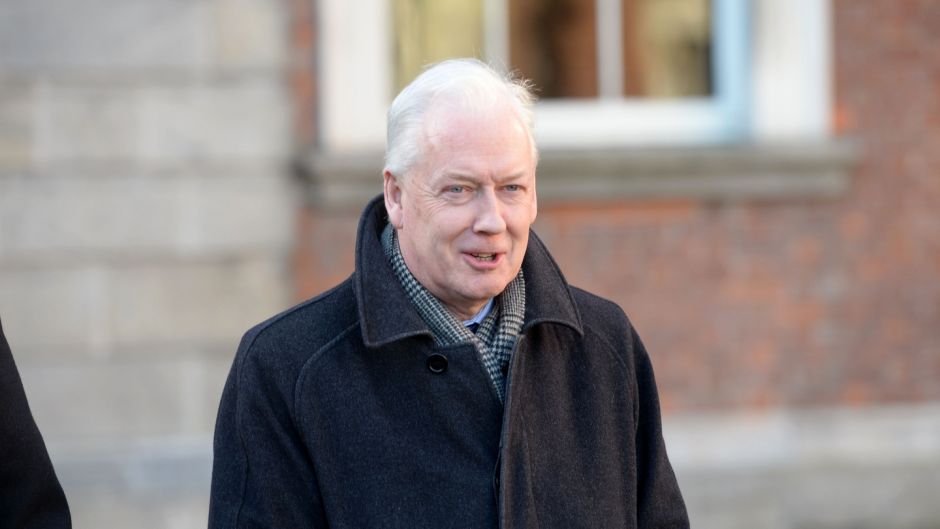 The treatment of a senior An Garda Síochána human resources manager, whose dismissal has been recommended by the head of the force, has “echoes of Kafka” and is “unfair”, the High Court has heard.

Mark Harty, counsel for Mr Barrett, said his client’s treatment amounts to a “clear punishment” of him for making protected disclosures and has “echoes of Kafka”.

He said the Minister for Justice’s approach to the matter is more “country and western” than “high literature” as her stance is to “stand by your man”, Garda Commissioner Drew Harris.

Mr Harty, with David Byrnes BL, instructed by solicitor Felix McTiernan, was opening an application by Mr Barrett for an injunction restraining any steps to terminate his employment pending the outcome of his full action.

Mr Barrett was appointed executive director of human resources and people development with An Garda Síochána in 2014.

A disciplinary process was commenced against him in May 2018 following a complaint by then assistant commissioner Fintan Fanning. An external investigator was later asked to investigate allegations by others concerning how Mr Barrett interacted with them in relation to the Fanning matter.

Mr Barrett later initiated injunction proceedings over a recommendation by Mr Harris to the Minister, arising from the external investigator senior counsel Luán Ó Braonáin’s conclusion last November that his employment should be terminated by the Minister.

The defendants agreed in January to take no further steps in that regard pending the hearing of injunction proceedings, which opened on Tuesday before Ms Justice Siobhán Stack and are expected to run for three days.

The judge was provided with extensive affidavits from Mr Barrett and detailed replying affidavits on behalf of the defendants, represented by Conor Power SC, with David Fennelly BL.

The court heard, prior to Mr Barrett taking up his position in the Garda, equivalent to that of an assistant secretary general in the civil service, he had 25 years experience in human resources.

Mr Barrett said in an affidavit that he became aware in the course of his work of financial irregularities at the Garda College in Templemore and reported those in 2017. That was subject of an investigation by the Dáil Public Accounts Committee in 2017, which found serious failings.

He denies any wrongdoing and claims he is being punished, via an unlawful and flawed investigation initiated after he made protected disclosures, for “doing the right thing” and exposing wrongdoing and/or unlawful conduct.

Mr Harty said his client had withdrawn from the investigation because it was not considering relevant matters, including protected disclosures, and had not heard from relevant witnesses.

The investigation was essentially investigating whether it was appropriate for Mr Barrett to have used strong language in correspondence with others relating to the investigator’s appointment, he said.

In an affidavit for the commissioner, Síle Larkin, solicitor and head of employment law with the Garda, said there was no basis for the reliefs sought and the sole purpose of the application was to interfere with and frustrate an ongoing valid disciplinary process concerning Mr Barrett.

That arose following a formal complaint by Mr Fanning that Mr Barrett had threatened him in November 2017 , arising from a dispute between the two over the selection process for the Armed Response Unit, she said.

In the context of a formal investigation, as requested by Mr Fanning, Mr Barrett engaged in correspondence with Acting Commissioner Donáll Ó Cualáin and Kate Mulkerrins, executive director of legal and compliance, which in itself became a matter “of serious concern”

Mr Harris, appointed in September 2018, had no prior involvement in the matter, reviewed it and determined a month later that the investigation’s terms of reference should be extended to include the correspondence.

The report considered this constituted serious breaches of accepted standards that has resulted in a breakdown of the relationship of trust and confidence required to be reposed in him and his behaviour constituted “serious misconduct”.

Following consideration of that report, Mr Harris recommended that Mr Barrett be dismissed from his employment on grounds of serious misconduct.

Mr Barrett’s evidence to, and participation in, the Disclosures Tribunal, has no bearing on the “separate and distinct” subject matters of the disciplinary process, Ms Larkin said.

Mr Barrett has made “serious and baseless” allegations of wrongdoing against many persons, she added.