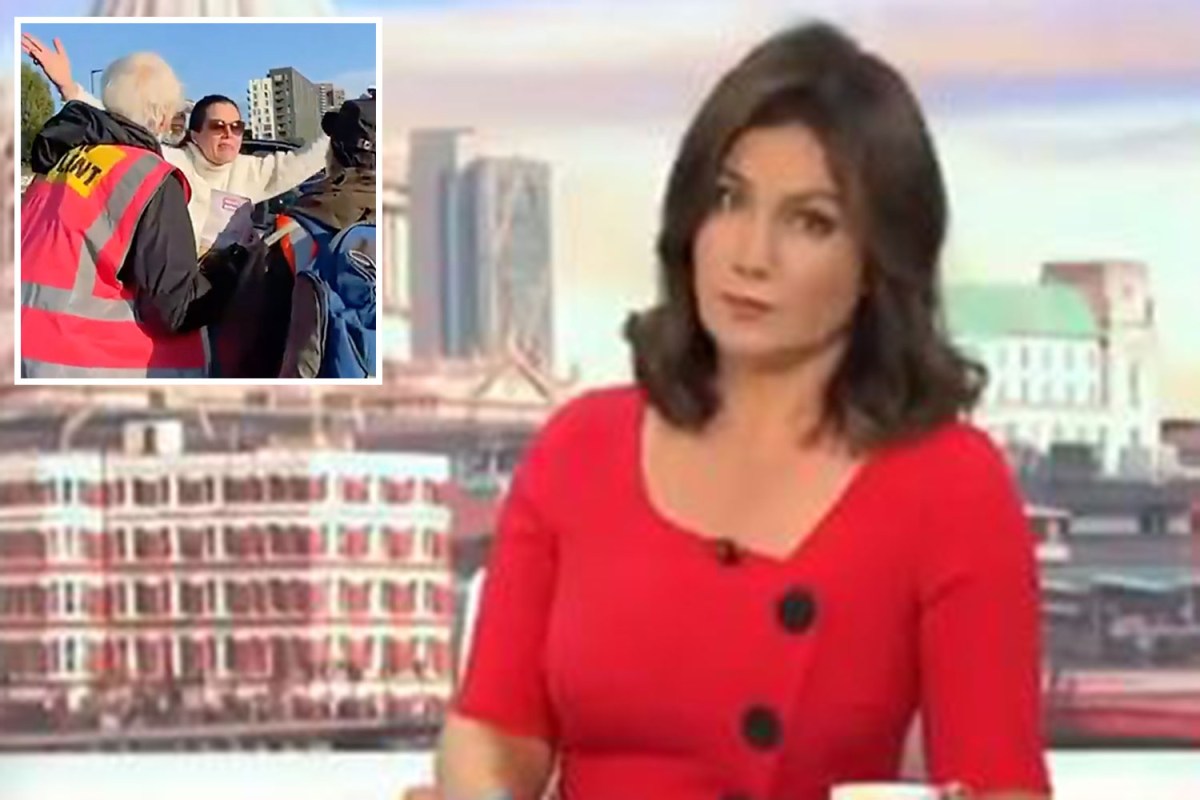 HORRIFIED Susanna Reid has slammed “disgusting” Insulate Britain for blocking a woman who begged them to let her pass to follow her sick mum to the hospital.

Harrowing footage showed a woman desperately begging gormless eco-activists to “move your cars” as they blocked her from following her 81-year-old mum in an ambulance.

And, just hours later, the founder of Extinction Rebellion also insisted he too would block an ambulance in order to get the group’s message across.

Today, Good Morning Britain presenter Susanna blasted: “What sort of person blocks the road when a woman is begging you to move out of the way so that she can get to see her elderly mother who is being taken to hospital.”

GMB’s Dr Hilary Jones, who joined the panel to discuss the video, slammed the “complete arrogance of what they believe in”.

The telly doctor added: “They won’t listen to anybody else’s confidence in their own beliefs. It’s outrageous.”

It comes as Home Secretary Priti Patel is set to announce a raft of crackdown measures against protesters, which could see demonstrators handed six months’ jail or an unlimited fine by magistrates immediately after arrest.

Yesterday’s video showed the woman desperately pleading with activists as they stopped her following her mum in an ambulance.

A gormless group of protesters could be seen standing by as the desperate daughter screamed: “She’s in the ambulance, she’s going to Canterbury – do you think I’m stupid? She’s in Canterbury!

“I need to go to the hospital, please move your cars. This isn’t okay!”

Despite her helpless cries, the protesters refused to budge.

And the woman could be heard begging: “How can you be so selfish? This is so selfish. Can you not just understand, my mum is 81 and she’s going to hospital.

“Unbelievable. On your conscience let it be.”

It came as chaotic scenes unfolded across the city with furious commuters desperately trying to get to work on time.

Tempers flared at Wandsworth Bridge as drivers dragged sitting protesters from the road in the hope of driving around them.

Hauling one activist by the scruff of his vest, one man raged: “I’ve got a f***ing job to do, get out the road.”

Other drivers joined in, pulling protesters to the side of the road so their cars could pass while demanding activists moved on.

One van nearly mowed a group down at Blackwall Tunnel, as he tried to drive around them, while others hooted their horns.

Do you have a story for The Sun news desk?