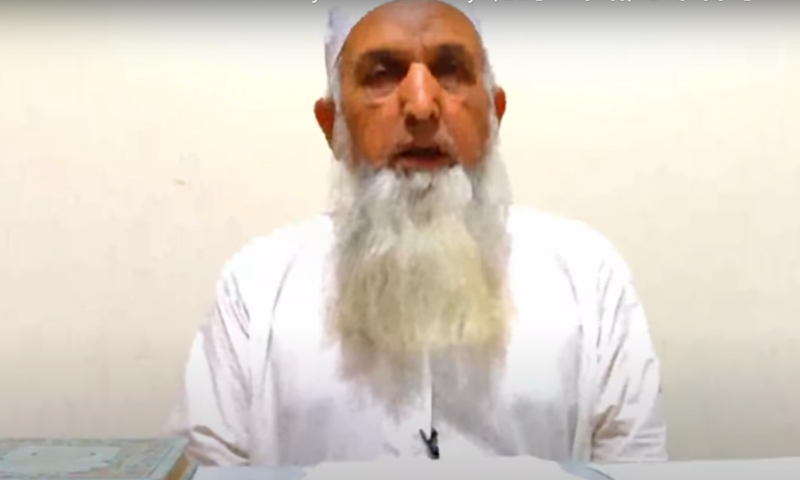 LAHORE: A sessions court on Monday indicted former Jamiat Ulema-i-Islam (JUI) leader Mufti Azizur Rehman and his five sons in a case of sexually abusing a student of his madressah.

The cleric and his sons Ataur Rehman, Attiqur Rehman, Latifur Rehman, Altafur Rehman and Wasiur Rehman pleaded not guilty and decided to contest the trial.

Mufti Aziz is still behind bars as his bail after arrest was dismissed by a judicial magistrate, while his sons had been released on bail.

The Mufti approached the sessions court against the denial of his bail where his petition was still pending.

The North Cantonment police had registered a first information report on charges of sexual assault and criminal intimidation against Mufti Rehman on the complaint of Sabir Shah, the student of Jamia Manzoorul Islam, Cantonment. The student had shared a video clip of the sexual assault as a proof with the police and the administration of the seminary.

In his complaint, the student alleged that Rehman got him and another student expelled for three years on charges of cheating in the examinations of Wafaqul Madaris. He claimed that the cleric sought sexual favours for restoration of his name and he had no option but to submit to his demand.

On the other hand, the cleric rejected the allegations as bogus and erroneous. He alleged that the complainant was hand in glove with his opponents at the seminary. He also called the video of the alleged incident doctored.