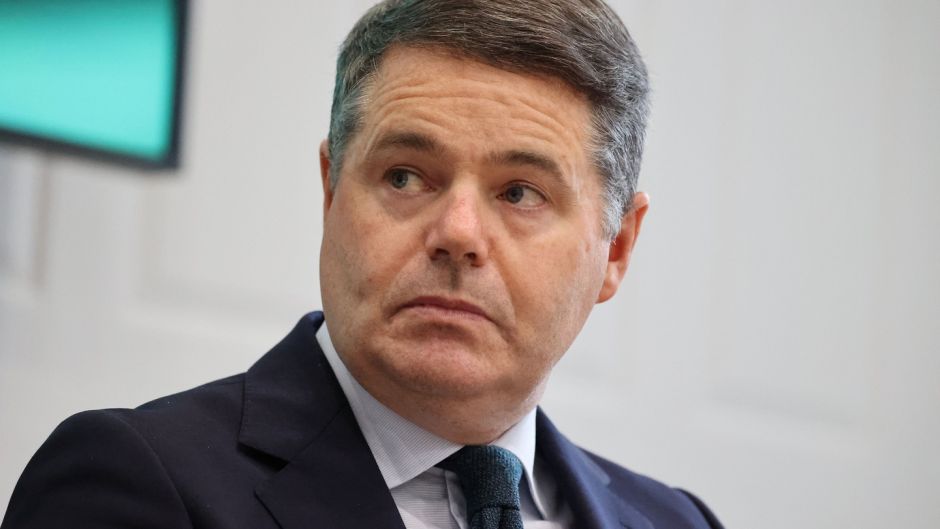 Momentum is growing in Government towards a decision to join the OECD agreement on a minimum corporate tax rate of 15 per cent.

It is understood that the Government has been successful in having “at least 15 per cent” – which led to fears in Dublin that the minimum rate could be higher – removed from the draft text of the OECD.

The Government’s focus is now on securing assurances from the European Commission about how it will seek to enshrine the minimum rate in European law. The Minister for Finance Paschal Donohoe, who is in Luxembourg for meetings with European finance ministers, has also had a number of meetings with members of the Commission in recent days.

Taoiseach Micheál Martin is in Slovenia for a meeting with EU leaders, where the subject is also likely to be discussed. Sources believe that the Government has received encouraging signals from the Commission that it will look to transpose the OECD text into an EU directive without seeking to alter its terms of increase the minimum rate to a higher level for Europe. However, further contacts are expected on this issue on Wednesday.

There is now widespread expectation that the Government will be in a position to sign up to the OECD-led agreement when it meets Thursday, according to a number of ministers and officials.

On Tuesday, the Minister for Climate Change and Green Party leader Eamon Ryan said he was “hopeful and confident” that Ireland would be able to sign up for the OECD plan this week. Two other Ministers, speaking on condition of anonymity said they expected the Government to give the go-ahead to the move this week, though Mr Donohoe has not yet briefed his Cabinet colleagues on the issue, as contacts with both the OECD and the Commission are ongoing.

There was annoyance in Government on Wednesday when the French finance minister Bruno le Maire signalled that Ireland had moved its position on the 12.5 per cent rate.

In remarks to journalists, Mr Le Maire said and that the minimum taxation rate was no longer a significant sticking point as negotiations intensify towards a key OECD meeting on Friday on the issue.

“I welcome the evolution of the Irish position, in particular on Pillar 2,” Mr Le Maire told journalists, referring to the part of the draft OECD agreement that sets out a minimum 15 per cent corporation tax rate.

“A compromise can be reached on a rate of 15 per cent,” he added. “It is not the rate that poses the most difficulties today. We see that Ireland is in the process of evolving on this subject, and that a compromise can emerge around 15 per cent as the real effective rate.”

“I repeat, contrary to popular belief, this is no longer the most important sticking point.”

Asked in the Dáil about Mr Le Maire’s remarks, the Minister for Foreign Affairs Simon Coveney said that “the French finance minister can say whatever he wants” but the Government did not yet have a recommendation on which to base any decision.

Several sources said that they expected that the assurances that the Irish Government requires from the Commission will be supplied in order to get the agreement over the line. “I would be confident on the Commission,” one source said. “But still not quite there.”

Another source said that senior commissioners, including economic commissioner Paolo Gentiloni, are keen to see an OECD agreement reflected as soon as possible in an EU directive and may thus indicate they will not try to introduce changes.

Negotiations on the OECD agreement are continuing ahead of Friday’s meeting with a number of key issues still outstanding. Among these are the amount of profit which will be exposed to tax in country where sales are made – a key point of exposure to the Irish exchequer. Ireland will also be hoping for rules which allow the continuation of incentives to invest in research here for big companies . It is not clear whether an agreement can be reached at Friday’s meeting, with the possibility of talks continuing into October.