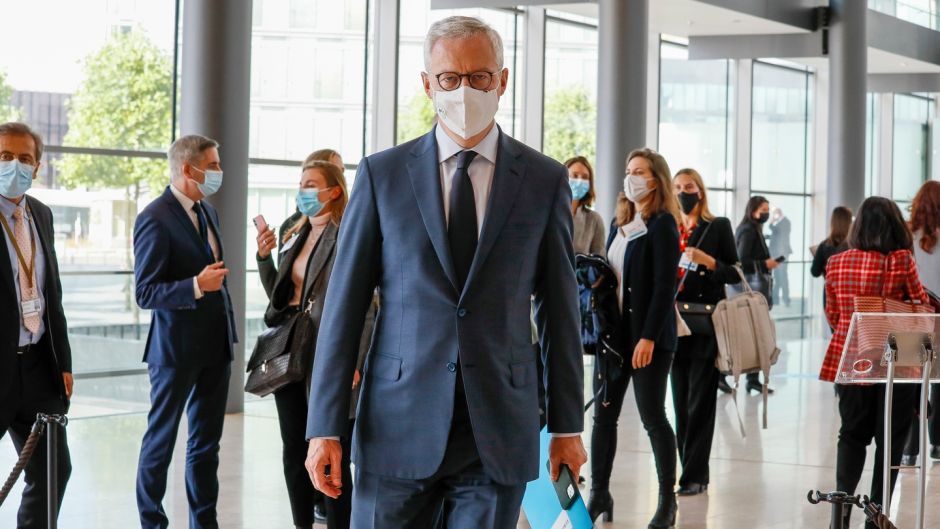 The Irish Government has changed its position on the State’s flagship 12.5 per cent corporation tax rate ahead of a landmark OECD meeting, and a compromise can be reached on a rate of 15 per cent, France’s economy minister Bruno Le Maire has said.

In remarks to journalists, Mr Le Maire said there had been discussions with Minister for Finance Paschal Donohoe among other key stakeholders, and that the minimum taxation rate was no longer a significant sticking point as negotiations intensify towards a Friday meeting on the issue.

“I welcome the evolution of the Irish position, in particular on Pillar 2,” Mr Le Maire told journalists, referring to the part of the draft OECD agreement that sets out a minimum 15 per cent corporation tax rate.

“A compromise can be reached on a rate of 15 per cent,” he added. “It is not the rate that poses the most difficulties today. We see that Ireland is in the process of evolving on this subject, and that a compromise can emerge around 15 per cent as the real effective rate.”

“I repeat, contrary to popular belief, this is no longer the most important sticking point.”

Nevertheless, significant obstacles still remain to reaching a global deal on the issue, that represent “real political difficulties” that “should not be underestimated”, Mr Le Maire said.

One of Ireland’s concerns had been over language in the deal referring to a rate of “at least” 15 per cent, which the Government feared could open the door to that rate being raised in future.

This wording “is one of the issues under discussion”, the European Commissioner for the economy, Paolo Gentiloni, told journalists. A compromise could lie in replacing this phrase with language that firms up that 15 per cent is an absolute minimum effective rate.

However, a remaining point of disagreement is over the size of the chunk of profits that would be reallocated under the deal, with France, Germany and some developing countries calling for a larger percentage while jurisdictions in which digital giants are currently based have called for a lower level.

The range under discussion is between 20 and 30 per cent, and France has proposed a compromise of 25 per cent, with Turkey said to be a particular holdout.

In addition, intense discussions continue on how the new rules would affect “carve-outs”, or partial exemptions – which are important for countries like Poland and Hungary in attracting foreign investment through the establishment of local subsidiaries – and the timeframe over which any change should be implemented.

China also has questions about how a deal would affect its companies that have large turnover but no subsidiaries abroad.

French foreign minister Jean-Yves Le Drian said it was “now or never” to reach a deal, and warned that momentum would dissipate unless an agreement is sealed among the 140 members of the OECD on Friday and at a meeting of the G20 in Rome later this month.

“It is indeed a tax revolution which is at stake, which can put an end to three decades of tax optimisation,” Mr Le Drian said.