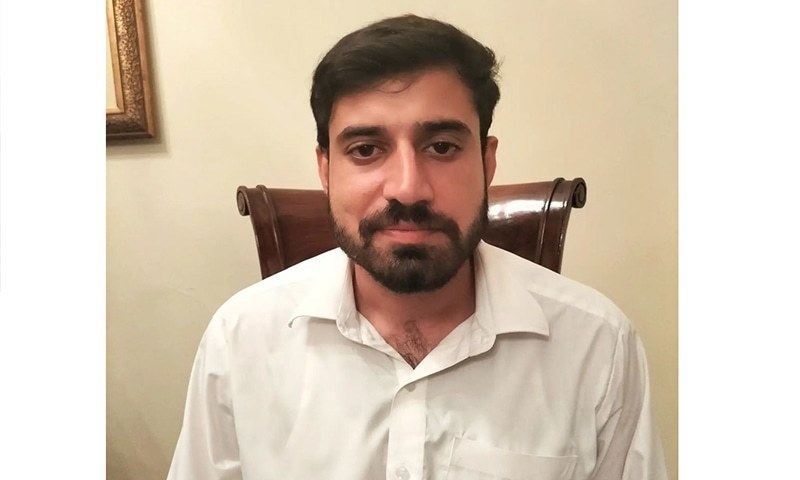 The Institute of Business Administration (IBA) Karachi on Tuesday reinstated Mohammad Gibrail as a student, a week after expelling him for sharing details of an alleged harassment incident at the varsity on social media.

Disciplinary proceedings were started against Gibrail after he posted about the August 25 incident, wherein he saw an employee of IBA’s finance department allegedly shouting at and threatening a female employee, on his Facebook.

The student later refused IBA’s directive to take down the post. The concerned female employee also filed a complaint in writing with IBA’s anti-harassment committee, which is yet to announce the details of its investigation.

Gibrail was subsequently expelled by the IBA disciplinary committee for not using the “right channels” established by the institute to report the incident, but the IBA said a day later that the student had the right to appeal to numerous committees if he did not insist on terms against the IBA’s rules and processes.

The case led to protests by IBA students and caused an uproar on social media against the IBA’s decision to expel the student, which many described as a “gross over-reaction” and “extremely unfair”.

In a statement issued on Tuesday, the IBA said its Executive Director S. Akbar Zaidi had conducted a hearing of Gibrail’s appeal against the disciplinary committee’s decision to expel him on September 29.

During the hearing, the student “reaffirmed his respect for the IBA and the executive director and his commitment to the institution”.

Gibrail also “withdrew those parts of his appeal which were unrelated to his expulsion”, the statement said, without elaborating.

Subsequently, the executive director “reinstated Gibrail as a student of the IBA with immediate effect”.

“The IBA looks forward to all stakeholders, including students, engaging in a responsible, healthy and constructive discourse with the aim of taking the institution to new heights,” the statement added.

Jibran Nasir, the lawyer for Gibrail, confirmed that the student had been reinstated.

“Congratulations to all students! Gibrael’s admission on appeal to [IBA executive director] has been restored unconditionally,” he tweeted, saying the executive director had also “committed reforms to make IBA safer, give students representation in admin affairs and expeditious and transparent inquiry into [the] harassment case”.

Nasir said the student’s reinstatement “once again shows the power and potential of student organisation and protest”.

“We need free political environment on campus, [and] vibrant & robust student bodies/unions, that’s the only way to empower youth and prepare it for leadership roles,” he wrote.

In a note sent to colleagues, IBA Executive Director Zaidi had stated last Thursday that he knew many of them were upset at the disciplinary committee’s decision. “Such decisions are not easy. The student was given numerous opportunities to discuss issues and find a way which did not lead to the decision taken. Many of our colleagues intervened and pleaded with him to try and find a way out, but he wanted [the employee in question] to be dismissed first without recourse to IBA’s process.”

Dr Zaidi said the student “has the right to appeal to numerous committees if he so wishes, as long as he does not insist on terms which are against IBA’s rules and processes”.

This came after the institute released a statement on Gibrail’s expulsion on Wednesday, saying the BS Economics programme student was “counselled” by various members of the IBA community. “However, despite the counselling provided to him, the student refused to adhere to the right channels that are expected to be followed by all members of the IBA faculty, students, and staff,” it said.

“Sharing details about an alleged incident without having complete knowledge of the context/ background on any public platform is against IBA’s rules and regulations,” the statement said.

The student was also found to have “shared details of the employee (Facebook profile including picture of the person) of the institute even before the victim filed an official complaint, which led to endangering the physical and psychological safety of the employee, his co-workers, and the department”.

The student “defamed the institute, its finance department, and the employee [besides] senior professors on various national forums” as well as “incited students to protest and led demonstrations against the institute and pit the students and the IBA administration against one another which could have jeopardised the security of the protesters and the administration personnel”, the statement added.

It said, “[Gibrail’s] highlighting [of] the incident of alleged harassment within IBA has been appreciated by the IBA administration.”

“However, we need to emphasise, the act of the student of whistleblowing of alleged harassment has nothing to do with the disciplinary matter which was the basis of the hearing and recommendation. The IBA Anti-Harassment Committee is investigating the case as per IBA and HEC rules, regulations, and procedures. We do not jump to any conclusions on the basis of hearsay and always follow processes before any decision can be taken,” it maintained.